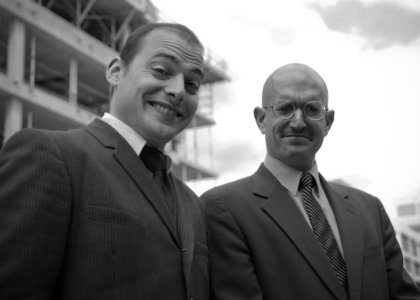 If you need people to support your goals and ideas, you won’t reach many of them.

This doesn’t mean encouragement is bad. Having people who do support you is great. However, needing those people to support you often guarantees failure.

The first reason for this is that, unfortunately, people often aren’t supportive. If you rely on their encouragement, you give them veto power over your life. The issue of whether they should support you is irrelevant.

The second, and perhaps more important reason, is that persistence is a function of needing encouragement. If you want to be more persistent in an area, you need to lower your hunger for positive feedback.

Persistence is a Function of Positive Feedback

People often phrase persistence in terms of endurance—how long you’re willing to endure before giving up. But this isn’t quite accurate.

A better depiction of persistence is how much positive feedback you need to sustain your effort. This can be encouragement from other people or it can simply be the minor successes that keep you going.

Claiming that someone worked on a project for five years isn’t a good indicator of persistence. It would be better to ask how much positive feedback they needed to sustain the project throughout the five years. I’d be more impressed by someone’s doggedness to keep working without approval for five years, than someone who pushed through the steady growth to success.

Although persistence isn’t the only quality worth having, it’s definitely a useful one.

While it would be difficult to be stubborn without some insensitivity to criticism, I don’t believe persistence is simply a lesser degree of stubbornness.

If my model is correct and persistence is a function of your need for encouragement, then one good way to increase your persistence is to lower that hunger.

Expecting a level of negative feedback also helps. If you expect, as your baseline, a negative response both from people around you and the world itself, then it’s far easier to keep going.

Stop Expecting People to Encourage You

Part of the problem is that, as a culture, we expect encouragement. We expect it so regularly that even neutral comments can seem discouraging.

I’ve taken classes where students participate by sharing incredibly ill-formed opinions. Everyone in the class, and the professor, is aware the student is ignorant about the issue. Yet, most of the time, they will be given a polite response to their comment.

I think there are valid reasons for this policy of politeness. However, a consequence is that many begin to expect praise, even if it isn’t earned. This effectively toggles the internal thermostat of hunger for approval. In the future, anything other than wholehearted agreement is construed as criticism.

You can’t change the culture, but you can change yourself. If you lower your expectations for encouragement, your ability to persist without it will go up.

“But, They Should Support Me!”

Another part of the problem is when expectations become entitlement. I’ve heard from a lot of readers who bemoan how their parents/family/teachers don’t support them on whatever goal they have. The assumption is that these people should support them.

This entitlement about who should support you gives those people veto power over your life.

I often get asked how much influence my parents had on me, considering I started this website at a fairly young age (17). I’m lucky to have been brought up in a great family, but the idea that they have been coaching me from the sidelines is a little ridiculous.

When I decided to become a vegetarian, my parents were initially concerned for my health. When I decided to start an online business, I had more than a few conversations about the importance of making sure I could get a job “if this whole website thing doesn’t work out.”

After being a healthy vegetarian for five years and earning a full-time income from my business, I don’t have those conversations much anymore.

I hesitated to point this out, because I don’t want to give the impression I’m complaining. Just the opposite, I’m not disappointed that I wasn’t encouraged for every crazy idea I’ve had, because that I didn’t feel I should have been.

It’s my belief that scepticism should be the default for most unconventional goals. It’s not the world’s job to give you praise and encouragement. It’s your job to prove them wrong.