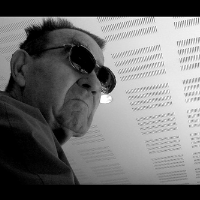 Recently, Cal Newport over at Study Hacks, wrote an interesting article where he claims that getting started is overrated.  He argues that too many people get started without commitment.  As a result, they waste valuable time and energy on pursuits that they will give up after a few months of haphazard effort.  Action without persistence is a waste of time.

Continuing from Cal’s idea, I think it’s useful to ask yourself what your level of commitment is to a project or goal before starting.  Measuring persistence isn’t easy.  The only true way to know your persistence level is to work on a project and see when you give up.  If you quit a goal after two years, your degree of persistence is two years.

Unfortunately, most of us don’t have years of our lives to waste just to measure the level of commitment to a new project.  Although it won’t measure the real thing, I think there is a thought experiment that comes pretty close to pinpointing the actual value.

Are You Willing to Work Forever?

If you want to get in shape, ask yourself how long you would be willing to go to the gym every day, if you didn’t lose a single pound, didn’t increase at all in strength, or didn’t look any different.  How long would you be willing to last?

If you want to start a business, ask yourself how long you would be willing to keep experimenting and producing without earning a single dollar of revenue.  Or receiving any indication that your business would continue.

Obviously, working forever without any results means you’re doing something wrong.  Either you’ve picked an impossible pursuit (try flying by flapping your arms) or your approach is completely broken.

However, as a thought experiment, this question is still valuable.  There are going to be periods in the pursuit of any goal, where you will completely lack positive feedback.  You won’t have any motivational fuel to encourage you forward.  The question is based on how long you feel you can continue in spite of this total absence of results.

To go back to Cal’s original article, about the dangers of starting without commitment, I’d argue that you should avoiding starting projects that have low persistence values.  If you can’t honestly give a high persistence value for a project, don’t bother starting it.

What’s a high persistence value?  It depends on the pursuit, but I’d say the safest value is, “forever”.  “Forever” in the literal sense means an infinite amount of years, your entire lifespan or some other unimaginably long period of time.  But in this context, it simply means that you aren’t relying on positive feedback to motivate you forward.  If you were able to continue towards a goal forever, without seeing results, you’re in the safest position to pursue a goal.

Once again, this is a thought experiment, not reality.  Even if my persistence value for a goal is “forever”, that doesn’t mean I don’t expect to see results somewhere along the way.  It just means I won’t give up, even if they don’t appear.

Few of your projects will have such high persistence values.  But, I still think a high value is important, even if you wouldn’t devote your entire life to a project.  Steve Pavlina suggested that most online small businesses take 3-5 years to become successful.  This means that if you’re planning to start a website, but your persistence threshold is six months, don’t even bother starting.

Similarly, I believe the minimum persistence value needed for getting in shape would be a year.  Although it is possible to make significant progress in just a few weeks, that isn’t always the case.  You might spend months at the same level as new habits are forming or you reach a plateau in your conditioning.

I have a “forever” level of persistence (at least hypothetically) towards my the most important areas of my life.  There isn’t a time-limit where I would decide to give up on being healthy, having fulfilling relationships or working for something I’m passionate about.  More specific dreams have somewhat shorter values, but I try to make them as long as possible.

Instead, I believe persistence is a combination of patience and an intrinsic desire to do the activity.  Running a business for me is a near “forever” in terms of persistence.  I’m patient in that I don’t expect any immediate feedback for any business effort I take on.  In addition, I love writing, creating new products, selling and being my own boss.  Even if I was forced to run these as a no-income hobby, the value would be enough that I would be able to continue.

Video games are popular because they supply near-constant feedback for actions.  Kill the enemy monster, get experience points.  Life isn’t a video game.  There are often huge gaps where there is little reward for hard work.  The longer and more difficult a project, the larger these vacuums can be.  Motivation is important, but it’s also important to be able to persist through those seemingly infinite valleys.