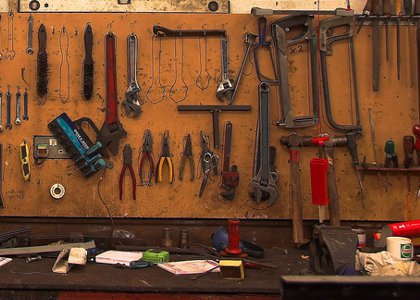 Somehow I feel the expression, “Don’t quit your day job,” may be truer than people realize. Not in the disparaging sense, but in an optimistic one.

Optimistic because, I believe, side projects have many strong advantages over having a “real job” and that being a person who regularly tackles side projects is a likely heuristic for success.

The Underrated Power of Side Projects

The most obvious trait of side projects is their biggest shortcoming: you don’t have time for one.

Being unable to devote your whole day to a side project is practically the definition. Otherwise it would be your day job. I know a lot of part-time entrepreneurs, writers and programmers that focus on this limitation. If only they had more time, just imagine what they could accomplish!

However, there are hidden benefits to focusing on side projects. Indeed, I think being the kind of person who regularly invests a chunk of their free time in side projects will tend to come out ahead over people that simply work more hours at the office.

Side Projects Have Low Failure Stigma

I ran this business as a side project for nearly five years. As a university student finishing in a few months, I suppose it still is.

Of those five years, only the last one was enough to be a full-time income. As far as businesses go, four years without “success” is a long wait. If this had been my full-time occupation, I would almost certainly have quit a year or two into it.

Someone could argue that the long wait was due to my lack of total commitment to the project. I won’t completely disagree. Had I invested myself full-time I may have reached my goal earlier. But it almost certainly would have made the process a lot more stressful, not to mention it would have precluded me from experiencing university.

Low failure stigma means that projects can be bolder, less commercial and more creative than your day-job. Many of these projects will fail, but of the few that succeed, they often do spectacularly. Remember that Facebook was a side project.

Put this way, the psychology of vocation/avocation means that side projects have a lower median outcome but a higher variance. In your day job you want to make sure you can pay the bills and be responsible. In your side projects, you want to create something interesting.

I believe this trend holds even if you’re self-employed. We’re all familiar with bosses who want conformity over genius, but I think that trend holds even when we’re the ones calling the shots. As I shift into working for myself full-time I feel both amazing freedom, but also the sense of risk. Suddenly my reputation and livelihood are staked on continuing success. That pressure does make one work harder, but it also encourages avoiding long-shot projects that aren’t guaranteed to pay the bills.

I’ve also noticed I’m far more productive on side projects than on anything I consider my “day job”. I’m measuring here work done per hour of time spent working or thinking about the project.

When work is your day job, it is always there. It looms in the back of your mind, filling you with guilt whenever you take a break and demanding to be finished. You can mediate these effects, but they’re still there.

A side project, by contrast, is the fun part. It’s the recess from your regular work where you get to do something fun instead of something responsible. I can remember working on side projects where the moment I sat down I would be completely engaged until I was dragged away. Such moments are rarer when you have the entire day to contemplate a task.

While the overall time is limited to a side project, the productivity per unit of time goes up.

Side Projects are More Interesting

Because your after-hours work is pursued because it’s fun, the criteria shift for working. Instead of doing things that need to be done, you do them because they are challenging and interesting. While this can occasionally produce frivolous items, it rarely produces anything boring.

Perhaps the secret to truly interesting work can be to never put yourself in a position where working on it becomes a necessity (so that interestingness itself must drive you).

Side Projects Impose a Creative Constraint

Because time and resources are limited, side projects have more constraints than your day job. But in some ways, this can be a good thing.

One of my secret passions are indie games. Cool kids like indie rock bands, I like indie computer games, go figure.

While there are a lot of terrible indie titles, the best ones are often better than mainstream titles. The reason is that the author’s time and resource constraints force the game to take shapes it wouldn’t have taken with an abundance of money and staff. Games like Knytt Stories, Braid or Gish may lack the gloss of mainstream titles, but they are more innovative.

The constraints on a side project encourage minimalism and simplicity. While feature bloat is a common flaw of anything mass produced, it’s impossible on side projects. Either you keep it simple or you fail—there isn’t an alternative.

The road to mastery is often imagined as an agonizing path of endless hours of repetitive practice. That may be true for skills which require perfection of technique, such as playing the violin or shooting a layup in basketball.

However, for creative skills, I believe fun is essential to mastery. The most enjoyable creative tasks tend to also be the ones which teach you the most. While there is a tendency to stay within your comfort zone, creative tasks quickly become boring when you don’t take on new heights.

Because the ultimate criteria for side projects is fun, not profit, you’ll spend a lot more time actively improving the state of your craft.

Consider the freelance writer. By day he has to cover generic magazine stories given to him by his editor. By night, he can work on his novel, or start compiling research for a topic that deeply interests him. I’d guess he’ll be a lot better writer because of his nights than his day job.

Side Projects Evolve into Day Jobs

I should know, in a little over four months, my side project will become my day job. I’ve also known many other people who have taken a hobby and turned it into a profession. While this is certainly more feasible with some hobbies than others, the power of a side project is that it can eventually replace the day job entirely.

The character of the side project does change when it becomes your day job. Suddenly there is the pressure to pay the bills instead of just have fun. Your reputation becomes staked in its continuation so you avoid failure. Instead of being a bonus, it becomes a necessity.

However, overall, having an evolved side-project-turned-day-job is a lot better than a day job which was nobody’s side project to begin with. Even if the character does change somewhat, you still get to support yourself doing what you love to do.

Even if your side project never becomes your job, it can shift the nature of your work. As you gain mastery in a discipline through side projects, you may be able to shift your job or work more towards that area in your actual career.

Designing Life with Side Projects

I think it’s important to rethink work entirely if you want to make use of side projects. Companies like Google are already taking this approach by mandating employees spend 20% of their time on side projects.

Creative professionals have often seen their work in a dichotomy: the stuff that pays and the stuff they actually want to work on. The recognition here is that there will always be a tension in the distinction between your day-job and what you do on the side. Perhaps we can extend that mindset to beyond just the narrow realm of dissatisfied artists and writers, and onto work more generally?

Carving Out Time for the Side Project

I’m not entirely sure that if you aren’t the kind of person who likes side projects, that there is any way to become one. I feel the need to build things in one’s spare time is very likely a personality trait that some either have or they don’t.

That being said, if you are the kind of person who likes taking on longer side projects or missions, I think there is a lot you can do to become more effective at it.

The first is by acknowledging the importance of side projects. Too often, people shy away from side projects because they believe they are a waste of time. Unless you’re making money, it’s a hobby, and for many busy people, a hobby seems unjustifiable when there is actual work to be done.

However, as I’ve tried to outline in this post, side projects—particularly of the variety that are related to your chosen field—do have a lot of value. While the programmer who spends her spare time on carpentry might not find a lot of productive benefits, she might benefit a lot from creating a fun application that isn’t for her work.

Side Projects are Important and Fun

The best way to carve out side projects, which cannot be necessary (or they would be a day job), is to make sure they are both important to you and fun. Important in the sense that you truly believe that working on them is just as important for you as exercise, sleep, eating right, etc.

Important isn’t enough, obviously, or we would never skip a day at the gym. Fun being the second criteria means that whatever project you choose has to be the kind of thing that you really enjoy working on.

Always Have Something on the Side

The suggestion I would like to adopt is to always have something going on the side. By maintaining the distinction between your day job and side projects, you don’t have to achieve the difficult task of having one type of work completely contain your identity. By splitting it into stability and innovation, you get to have both.