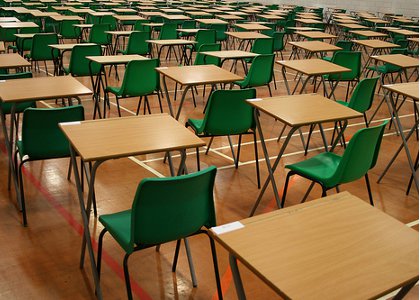 What would you think of someone you noticed cheating during an exam?

My guess is you’d say he was a dishonest person. He would be more willing to lie to get what he wants or steal something if he couldn’t get caught. After all, dishonesty is a part of personality, and honest people don’t cheat.

But what if you were wrong? What if honest people do cheat, depending on the situation? What if honesty, laziness, patience and extroversion were more about context and less about character?

Why Character Doesn’t Matter as Much as You Think

Psychologists even have a name for it: fundamental attribution error. It’s the tendency to assume a person’s actions are the result of the person’s character. Seeing someone cheat and assuming he is, in general, a cheater, is the perfect example.

showing why this tendency is often wrong:

“In the late 1920s, in a famous study, the psychologist Theodore Newcomb analyzed extroversion among adolescent boys at a summer camp. He found that how talkative a boy was in one setting—say, at lunch—was highly predictive of how talkative that boy would be in the same setting in the future. … But his behavior told you almost nothing about how he would behave in a different setting: from how someone behaved at lunch, you couldn’t predict how he would behave during, say, afternoon playtime.” [emphasis mine]

The experiment has been repeated beyond summer camps. Gladwell points to a study at Carleton College which showed how neat and orderly a student was in his assignments told you almost nothing about how well-ordered his room or personal appearance were.

This is a difficult realization to make. We’re hardwired to assume that our personalities are fixed, pervasive aspects of our lives. We think of ourselves as disciplined, extroverted, scrupulous or stoic—it’s frightening to discover these parts of our identity may matter less than we thought.

The Upside of Attribution Error

The positive implication of this bias means that while our positive traits may be less solid than we imagine, our negative ones are less stubbornly entrenched as well.

Take shyness, for example. Do you consider yourself an introvert or extrovert? Most people confidently declare they are one or the other, as if it were an immutable part of their hardwiring.

However, if the previous psychological study has any bearing, introversion and extroversion aren’t as solid as we believe. They’re aggregate descriptions of how you behave in a wide variety of different contexts. They indicate the average, they don’t constrain the range.

If you see past attribution error, then, it’s easy to believe that someone could be both extremely extroverted and extremely introverted, depending on the context. I’ve definitely been described as both in different situations.

If character matters less than we believe, why let labels define you? Yes, they may describe your behavior as an aggregate, but they aren’t your destiny for every situation.

Tweaking the Specifics, Not the Big Picture

A big mistake of a lot of self-help, in my opinion, is that it puts too much focus on the big picture of personality change. Authors declare you need to change your life by first becoming a better person.

The problem is becoming a new person, at the core, is enormously difficult. Going from lazy to productive, shy to charismatic and pessimistic to optimistic take years of work and often fail. We become the story we tell ourselves, and that narrative is deeply entrenched.

However, if our behavior is more situation than disposition, it may be possible to change how we behave in one area of our life at a time. Instead of going from lazy to productive in one identity-shifting epiphany, you can become productive in one routine or task at a time.

This is the reason I’ve been obsessed with habit changes over the last seven years. Because changing a habit allows you to incrementally change who you are, how you live and the quality of your life. It doesn’t require rare spontaneous transformations, just step-by-step progress.

The reason honest people cheat is that the adjective isn’t perfect. Each of us is honest and dishonest, lazy and disciplined, clumsy and adept, insecure and confident. The more we accept plurality in our personality, the less we let those labels bind us.