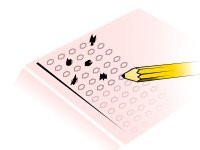 How much are you willing to cheat? The answer is probably not enough. When I’m talking about cheating here I don’t mean the kind of legal or ethical violations that could wind you up in jail or sitting on a lifetime of guilt. No, the kind of cheating I’m talking about is breaking the assumptions for how things are supposed to be done.

Everyone has unwritten rules for how life is supposed to work. Unfortunately it often takes a brazen cheater to break those rules and show how they didn’t apply at all. You don’t realize what rules you are abiding until you see someone who sleeps three hours a day, works four hours per week or transforms from a chump to pick-up artist

Cheating is More Than Creativity

Some of you may think I’m really stretching the word “cheating” here to encompass everything from creativity to luck. But here’s the thing, before you break an assumption and do something differently it can often feel like you are cheating the system. Even as you go forward and break old rules part of you feels dishonest, as if you are annoyed that the world doesn’t follow the assumptions you have.

I have had a minor case of cheating assumptions when it came to study for exams. Because aside for some quick review I didn’t do it. Even in University I’ve aced exams where the total review time before writing was less than a half hour. It may sound creative or smart, but until recently it always felt like cheating.

I shouldn’t be able to do well in exams without studying at all. In highschool I would occasionally study a little bit just to feel a bit less like a cheater. When you break your own assumptions about how the world is supposed to work, it feels wrong.

Creativity implies coming up with a solution you are comfortable with, perhaps even proud of. I feel creative when I come up with a new article idea, do some painting or just finish some brainstorming. But cheating never feels comfortable. Even when you are implementing your cheat, you often just sit there waiting for the universe to prove you wrong.

Cheating What You Can’t Explain

The reason cheating feels wrong or at least disconcerting is that you can’t really explain it. When you break down an assumption about the world, you are left with a vacuum of understanding. I’m sure many people after seeing Steve Pavlina’s polyphasic sleep trial shattered their notions about how sleep had to work.

I think many people avoid cheating precisely because of this vacuum. If your assumptions were broken, you would lose a lot of certainty. A lack of certainty terrifies most people, so they don’t bother to test the assumptions at all. It isn’t a fear of failure that keeps people from challenging assumptions. It is a fear that it might actually work.

Be Aware of Your Assumptions

When I came to start blogging I had a lot of flawed assumptions. It took a fair amount of cheating before I realized they were nothing more than superstition. I used to believe that longer articles meant better content, images should be avoided and you should never try to actively promote. Without cheating those assumptions I wouldn’t be here today.

Regular cheating doesn’t just apply to small things, but entire life areas as well. I used to be a bit of a workaholic, trying to work on my goals for most of my waking day. I had to cheat the assumption I had that working all the time was the most productive strategy. Now I get more enjoyment and more work done without sacrifice.

Don’t Backslide on Your Cheats

Become a scientist. When you see that a cheat is working, don’t skew results just to prove it wrong. Instead, continue testing until you verify that the cheat holds. Once it does, come up with an explanation so that the cheat fits back into your web of understanding.

Many physicists feel quantum mechanics is cheating. This odd branch of physics devoted to tiny particles. There has never been a prediction of quantum mechanics theoretically that has been disproved through experiment. But to this date, most scientists still have no idea why it should work. Particles teleport, move randomly and exist in many places at once.

When quantum mechanics was developed, many scientists, including Albert Einstein, were opposed to it. Einstein is quoted as saying, “God does not play dice,” when referring to the randomness in this field. But just because you can’t currently explain something doesn’t mean it isn’t true.

If a cheat works, then it means your assumptions are flawed, not the cheat. Adjust your beliefs, not your methods. Don’t be afraid to cheat what you believe.

If you liked this post, why not help me by giving it a tag on del.icio.us?