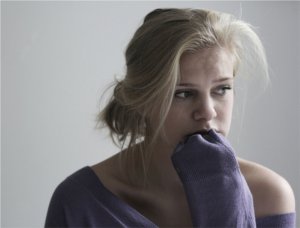 Deep down, I’m a die-hard optimist. I believe the world is getting better and that the pursuit of the ideal life is possible and worthwhile. While I disagree with a lot of current self-help, I embrace the core premise: that we can become better people.

But, as optimistic as I am about the pursuit itself, I’m constantly doubting the methods to achieve it. I’m often on the verge of completely deconstructing my approach in any area of my life. My fears are less focused on the possibility of the goal, but that I’m taking the wrong path to reach it.

And you know what? I think that’s a good thing.

Certainty is Overrated, and Often Dangerous

When you’re confident in your ultimate potential, you have the die-hard optimism that there exists a way to reach your goals, or if not, at least a way to reach an equally satisfying objective. When I started learning French, for instance, I was confident that I could become fluent eventually.

Confidence in a particular method, however, is the conviction that particular set of actions will allow you to reach your goal. As French is the first foreign language I’ve learned, I lacked the specific confidence, which has led to constant experiments and tons of hard work.

While I wouldn’t consider myself fluent yet, I believe my mix of confidence in the ultimate goal and doubt in the specifics of how to get there are the reason I’ve come so far. Had I been confident in my first assumptions, two things would have probably happened:

Doubt Your Methods, Not Yourself

Ideally your confidence in specifics should be matched to reality. However, since a perfect perception is impossible, I’d rather be underconfident of my methods than overconfident.

The worst case of specific underconfidence is that you put in more work than you need to, and you spend too much time on experimentation. But even that isn’t a significant problem, as when the correct method starts getting better results, you’ll emphasize it more.

The worst case of specific overconfidence is more damaging: you won’t work hard enough (because, heck, you’ve already got it figured out) and you’ll experiment too little. As a result you could waste a lot of time pursuing dead-ends and never stumble upon the right way to reach your goals.

We all have a certain amount of inner doubt and uncertainty. The difference is some people apply it ruthlessly to their methods, and others use it to doubt themselves, and whether their goal is actually realizable. One is practical, the other is destructive.

Examples of Pragmatic Optimism in Action

Cal Newport writes about Teach for America, which keeps extensive data, allowing it to track who are its most successful teachers.

Teach for America’s in-house professor, Steve Farr, noted that when he sets up visits with superstar teachers they often say something like: “You’re welcome to come, but I have to warn you — I am in the middle of just blowing up my classroom structure…because I think it’s not working as well as it could.”

I’ve mentioned it before, but I love Tim Ferriss’s talk because it exemplifies this same split between general confidence and ruthlessly doubting the specifics:

In the video, he goes into depth explaining the lengths he goes to test his blogging assumptions. Everything from country-specific layout to which day of the week is best to post, is tested.

One could even argue the scientific method itself is rooted in this split between confidence in the ultimate pursuit, and doubt for the specifics. The theories science supports are certainly valuable, but perhaps more valuable was the ability to strip away falsehoods by carefully examining hypotheses.

I’ve been writing at this blog for four years and written over 800 articles. I certainly not perfect, but I’ve always done my best to keep a pragmatically optimistic spirit in the way I write.

Like everyone, I often have doubts about my own writing and my ability to create an impact. However, those fears and doubts I try to channel away from myself (“am I good enough? is it possible? who really wants to read my ramblings?”) and onto the way I write itself.

The split isn’t perfect, but I usually find if I reframe my fears from, “is it possible for me to do this?” to, “how can I improve my approach to make it possible?” I get a lot more work done. Then, the issue isn’t my underlying talent and competence, but whether I’m being complacent and working smart enough to actually achieve it.

Whenever I hit a plateau in my writing or business growth, and the inevitable doubts creep in, I always try to refocus that energy onto my methods. And over four years, I’ve done this–a lot.

Here are just a few of the 30-Day Trials and short-term experiments I’ve ran in four years to improve my writing:

A good proportion of these experiments were bad ideas. But that’s okay, because the few that were good ideas accumulated, and the failures were dropped.

This doesn’t mean I reject that I have a particular style, or certain principles that are inflexible and not open to experimentation. The subject of my blog is fixed, and I would never lie or attempt to mislead someone in my writing, even if that is a possible point of experimentation.

But just because we all put a few constraints of what methods must be in place to fit within our ultimate vision, that doesn’t mean we can’t still obsessively work on the rest.

In the end, the reason to doubt the specific approach is so that you feel less doubt about the end goal. Every experiment, trial and extra hour of hard work revives the belief that the pursuit is worthwhile and that there is something amazing to be optimistic about.