Immersion is the best way to learn a language. You can learn much faster than sitting in class. It feels exciting and useful, not just a stale list of grammatical rules and vocabulary words.

However, most people make some key mistakes when trying to learn a language while traveling. I’ve made these mistakes, so I want to help you avoid repeating them on your next trip.

My first experience learning another language was studying abroad in France. I spent a year there, and after a year of hard work, I was able to speak some French. Although I was happy with this, I noticed how so much of my effort was pushing uphill. If I had made choices differently, I could have learned much faster.

Flash forward four years. I’m now attempting, with a friend, a much more ambitious project. One year, four different languages. Instead of a year to learn each, we’d only have three months.

The difference, however, was that I didn’t make the mistakes of my first trip. The outcome was that I ended up learning Spanish better in three months than I did over a year learning French in France. Same opportunity, different strategy, completely different results.

Side note: In case you’re wondering whether my French unduly helped my Spanish, my traveling partner also learned Spanish exceptionally well and he didn’t know any other Romance language before we started. You can see our full progress here.

The Six Mistakes When Learning a Language While Traveling

Below are the six biggest mistakes I made on my first trip (and which are painfully common amongst travelers and expats). If you can avoid them, you’ll learn much faster, regardless of whether you’re a linguistic genius or if you failed high-school Spanish class. 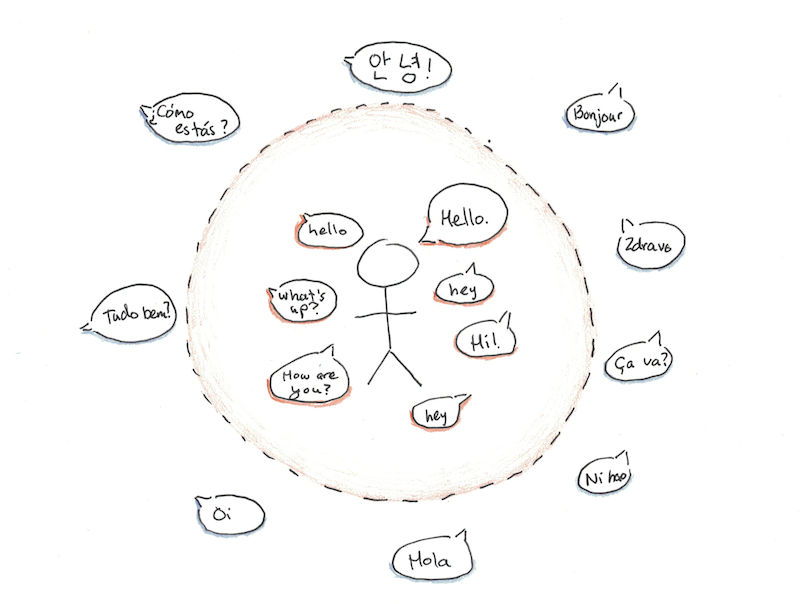 Or, if English isn’t your first language, then a bubble of whichever language you feel most comfortable with.

Immersion is something that sounds easy on paper. Go to the country that speaks the language you want to learn. Live there. Voila!

Except it usually doesn’t work that way. Instead, you land in the country not feeling confident speaking, so you decide to start in English, just until you get your bearings. You meet your new landlord, some peers, maybe make a friend or two at a party—all in your native language.

Soon enough, you’re three months in and you’ve spent all your time talking in English, except for the occasional restaurant order or taxicab instructions.

The bubble is your number-one enemy to fluency when traveling to learn a language. If you can successfully avoid making a bubble, you’ll end up having massive amounts of practice and you’ll be almost guaranteed to learn something.

On the other hand, if your bubble sticks, you can end up living in a country for decades without ever learning the local language. I met expats in China who had lived there for over twenty years, and could barely say anything above a simple, “Ni hao.” Pop the bubble early and you’ll avoid being one of them. 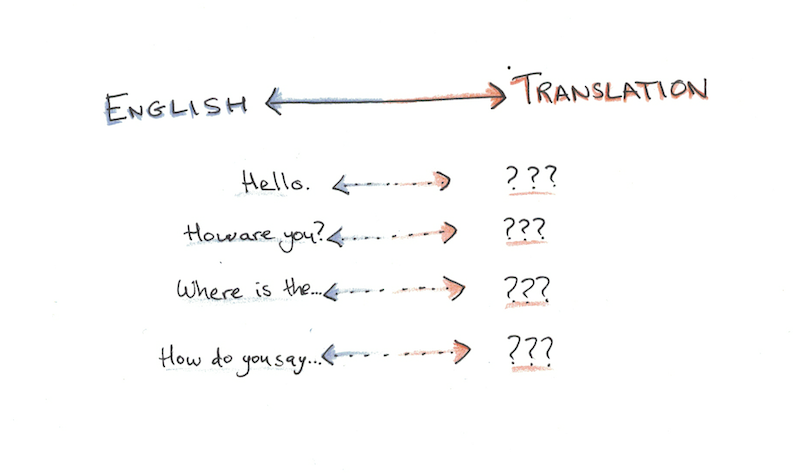 Immersion is great for facilitating a language. But to speak to others (without forming the dreaded bubble I mentioned earlier) you need to have some basics. These are core sentence patterns that let you make basic requests, including those that help you expand your ability to speak.

There are many ways you can acquire these basic phrases. Unfortunately a lot of language learning tools out there are absolutely terrible at this initial requirement for immersive learning.

Of all the tools I’ve tried, the best (even if it feels a bit antiquated) is still Pimsleur. The reason why is that it fulfills the two basic requirements for memorizing: repetition and recall.

Pimsleur is expensive, unfortunately, and I don’t recommend going beyond level one month. If you’re going to travel to learn, you just need enough to get started.

If you’re on a budget, a good alternative is to create a list of basic phrases and put them in a free-to-use app like Anki, along with asking a native speaker to record them spoken aloud, so you don’t mess up the pronunciation.

In our intensive language immersion trip, we also had another phrase memorized, “We’re doing a project to learn [the language] by not speaking English.” This avoided issues when someone was curious why someone whose language ability wasn’t that good would nonetheless insist on practicing. 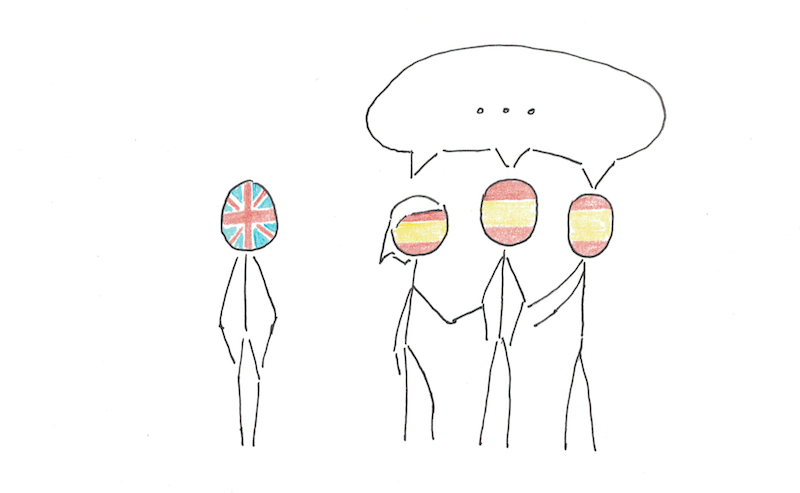 Socializing is an essential ingredient to immersion. In some immersion situations, this will be easy for you. Maybe your traveling to meet faraway relatives and want to learn their language? Maybe you’re going as part of a study-abroad program and events with your classmates are guaranteed?

However, in other circumstances, making friends isn’t so easy—especially if you want to avoid the bubble.

In our trip, we were confronted with this problem, constantly. We were living for three months at a time, working from home and not attending any classes or social events. How could we meet friends who were either native speakers of the language we wanted to learn, or were fluent enough that they could speak with us in the language?

In European countries, if you’re a younger person, the easiest solution is often just to go out. Go to meetups through meetup.com. Join activities. Go to parties. Say hello to people in coffee shops. If you can add some enthusiasm to your delivery, you’ll eventually make some friends. Just don’t give up early if you feel like switching back to English.

In Asia, the different culture meant randomly approaching strangers was often a no-no. In these cases, we opted for a different tactic. Hire a couple private tutors who were roughly our age, and tell them that you’re looking to make friends and need to socialize to learn the language. In most cases, this allowed us to get introductions which started the process of building a social circle without having to awkwardly approach random strangers for conversation practice.

Ultimately the key is to not give up and try different tactics. If you don’t feel comfortable approaching strangers, try going to meetups. If you need introductions, try leveraging the few people you do meet and asking them if they can introduce you to others.

Mistake #4: Not Getting a Tutor (or Dedicated Language Partner) 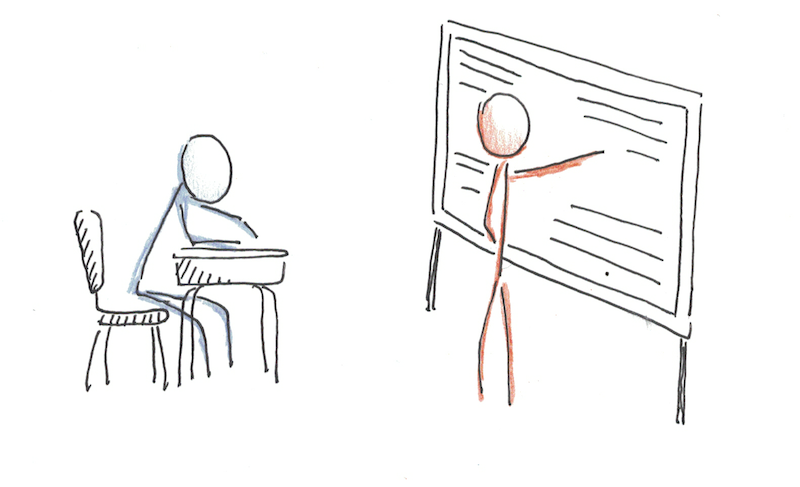 Most people see the role of tutors as a kind of academic facilitator. The tutor is someone who helps you study and pass classes, for languages or something else.

In reality, the role of the tutor shouldn’t be to lecture while you take notes. Instead, it should be a dedicated person who can answer questions, explain how the language works and, at the very least, be an early opportunity to practice speaking while you’re still trying to make friends.

I suggest getting a professional teacher if you’re not a seasoned language learner for your first time. This is because many native people don’t actually have a high degree of understanding of how their language works. They can speak it, but they cannot explain nuances of grammar or vocabulary. Professional teachers get this instruction and so can often help.

If you’re from a Western country and you’re traveling to a developing country or country where tutoring costs are low, this solution may be fine. But what if you’re going in the reverse direction? Or you’re trying to learn in a country that has exorbitantly high costs?

In that case, you may want to settle for a dedicated language partner. This person doesn’t even need to be a native speaker of the language. Rather you just want someone that you can put in at least an hour a day talking with them to make sure you can practice the things you do understand. They could be a fellow learner, or a native speaker who is willing to swap practice in your language in exchange for the one you’re trying to learn.

Mistake #5: Not Learning the Phonology Properly 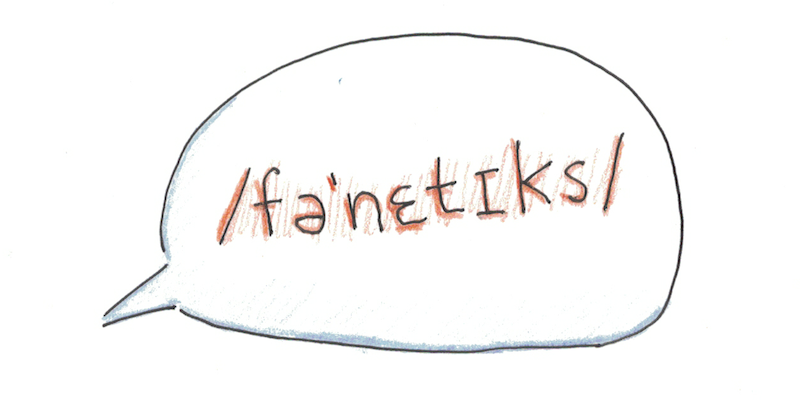 The biggest thing that will hold back your perceived fluency is vocabulary. Lacking the right word is a huge problem. Unfortunately, learning words is also the most time-intensive part of language learning. To be properly fluent in a language, you may need upwards of 50,000 words, especially once you include proper nouns, names and cultural knowledge.

Pronunciation, on the other hand, is a much easier win, and it can often leverage an initially low level into a slightly higher perceived level. This is a strategic advantage early on, when you want to convince people to speak with you in the language, rather than “help you out” by speaking in English.

The technical way to do this would be to master the IPA and study linguistic texts for the language you’re trying to learn.
A much easier way, however, is simply to look at diagrams of tongue positions so you can mimic them when you’re trying to speak. For reference, here’s one I used for learning to pronounce Mandarin properly.

Keep in mind that the goal, especially early on, shouldn’t be perfection but understandability. You don’t need to trick someone into thinking you’re a native speaker. But you should be articulate enough so that native speakers don’t struggle to understand the words and phrases you do actually know.

Mistake #6: Moving Around Too Much 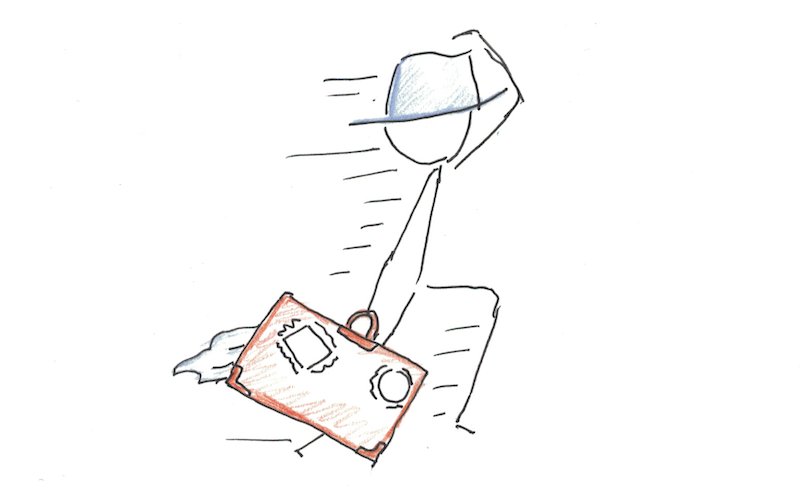 If your goal is to learn a language, pick a place and then stay put.

Moving around, hopping from city to city, within a linguistic environment, often breaks the social connections you might have been tenuously forming in a given place. By breaking those connections, you’ll find it harder to sustain interactions with tutors, friends or language partners.

If you want to travel around and not stay cooped up your whole trip, I recommend picking a base to start at, staying there for awhile (this can correspond with a work or study term), and planning some travel after once you’ve reached a moderate level of fluency.

If you’ve already planned to travel a lot on your trip, you can still practice, but the ability to go deep will be more restricted. It’s a trade-off you’ll have to consider if you’re planning to travel or live abroad primarily for sightseeing or for language learning.

If you can avoid the above six mistakes, then you’re already off to a very good start learning a language while traveling.
A final, bonus suggestion I would like to give is that you attempt to stop speaking English (or whichever languages you already speak) completely during your trip. This may sound impossibly difficult, but this was the basis of my four-language experiment around the world and it actually made things a lot easier.

Even if you have requirements from work, school or life that require some speaking of your mother tongue, putting strict “No English” boundaries on your life can help avoid the temptation to fall into the bubble and makes practicing much easier.

Learning a language while traveling can be one of the most rewarding things you’ll do in your life. There’s nothing quite like being able to participate in another culture, and language learning is one of the best ways to do that.