I recently had a chance to meet my first person in real life directly via this blog. This past Monday I got a chance to meet David Zinger a fellow Winnipeg blogger. Although I’ve corresponded with numerous people online through this blog, this was the first chance I’ve had to get a face to face meeting. 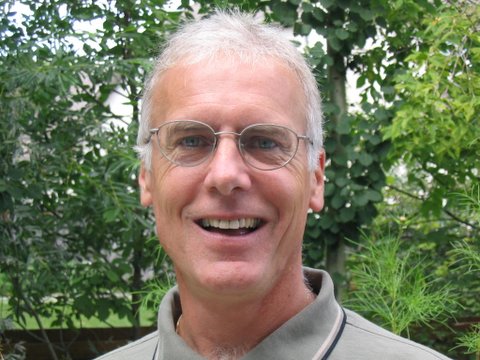 David first contacted me through a comment on my contact form offering a meeting if I was ever in the area. Since I recently moved to Winnipeg, I contacted him and arranged for lunch. David is a fellow blogger with his leadership and humor blogs.

The lunch went great and we both had a lot to talk about. David is a professional speaker on the subjects of leadership and employee engagement. He used to work at the University of Manitoba where I am currently enrolled and did his thesis on using humor.

Over lunch we discussed various topics such as blogging, public speaking, and business. A couple thoughts came up from our meeting that I felt were worthwhile to share.

One of the topics that came up during our meeting was that of networking. David offered that this meeting itself could be seen as a form of networking. I hadn’t thought about it that way but instead as just meeting a new person.

I feel that having the right attitude when you go about networking is incredibly important. Some people easily amass a huge amount of positive relationships where there is a deep level of trust, while others are lone wolves that try to make due with just a few. I think the biggest difference between these two people is mostly in the attitude towards other people.

Instead of networking I like to see it as socializing. The people with the largest amount of personal contacts are those who actually enjoy meeting new people. I love meeting new people and see each encounter as an opportunity. The people that don’t socialize for immediate gain but just because they find people interesting are the ones with the most contacts, acquaintances and friends.

More Than One Option

Another random idea I took home from our conversation was the simple reinforcement that there are multiple ways of looking at every issue and, quite often, multiple solutions. I always enjoy it when someone offers another possible viewpoint during a conversation. It is easy to get caught up in just one perspective in things that you forget to see things in different ways.

Whenever you view this blog entry or any other piece of information, remember that is just one out of an almost infinite amount of perspectives. Perhaps that is a useful perspective or it might not be. Collecting multiple perspectives gives you a backup when an old one fails you.

Unfortunately due to some things that had come up on Sunday night and carried over to Monday morning I wasn’t in the brightest of moods approaching my meeting with David. I managed to use all the emotional mastery techniques I’ve described here to try to not let any of that show through in our interaction. But once the conversation picked up a positive energy I immediately found my mood brightening and left feeling great.

Collecting positive people to be around is important because moods are wildly contagious. When you get into a bad state, the collective mood of the people around you can either amplify or alleviate that feeling. One of the great benefits I have found through this blog is the amazing amount of positive people I have met, even if only through e-mail.

If you are trying to find more positive people for your life the first place to start is to put a positive energy into your relationships to begin with. The world is a mirror and you can only get out what you put in. Try to put a positive attitude into all your interactions and you will begin seeing it reflecting when something gets you down.

Thanks for the lunch, David I look forward to meeting you again soon. And this goes out as another invite for any other of my readers who happens to be in the Winnipeg area and would like to meet up for some great conversation and to see a new face.

David works as a professional speaker and writes with his leadership blog and his (very funny) humor blog.