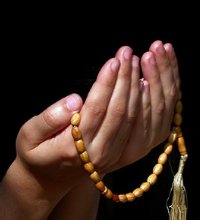 You need to ask because:

The reason asking helps you serve is because asking is critical to growth. When you don’t ask for what you want, you can’t improve the value you are offering. And unless you are an extremely rare individual that already comes with tremendous value, your real ability to serve doesn’t lie in your current talents. Your ability to serve comes from improving the value you offer.

The first articles I wrote before I started this website were pretty lousy. My writing style was poor and it didn’t really capture the essence of what I wanted to say. But do you think that if I had just kept the articles to myself, if I didn’t ask people to read them, I would have improved? Hardly. It took the sometimes harsh evaluations of others to improve my writing and provide value today.

Growth works in a cycle. You create value, you ask for what you want and where you get rejected you modify your approach. This applies whether your entire intent is self-interest or service. Create value. Ask. Use rejection and success to improve. 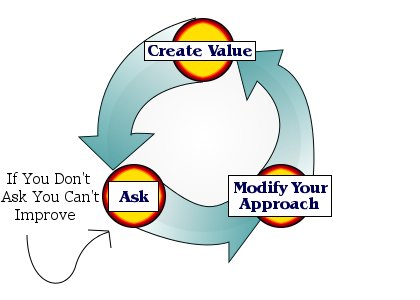 A Goal is Asking the World For What You Want

I’ve talked to people who are seriously overweight. I used to believe that such people were fat because they tried really hard to lose weight and just failed. But from the people I have talked with it seems like the real issue is that they didn’t ask for it strongly enough. They didn’t ask of the world and themselves to be healthy. This isn’t to be trite and to say that losing weight is easy. But without the intention nothing can happen.

The goals you set are the requests you make of the world. The Law of Attraction works because when you set an intention you are finally asking of the world and yourself what you actually want. Without asking, you can never figure out how to get it.

We live in a spam culture. This is where many large organizations are completely unabashed when asking for what they want. Pushy salespeople, annoying advertisements and an e-mail inbox full of unwanted garbage.

Spam is a sign of a poor request. Spamming people for what you want is a crude and ultimately ineffective way to ask. But this doesn’t mean that asking is bad or wrong. You just have to know how to ask. Asking in a way that provides more value than you are requesting back. Asking in a way that displaces grace and tact.

There are really three approaches when it comes to working towards your goals. Not asking at all, asking ineffectively and asking effectively.

I’m sure most women wouldn’t appreciate a greasy guy who hasn’t showered in a week ask if she wants to go on a date. Most single women would rather have the nice, charming and attractive guy approach them. But remember that even if you are the nice, charming and attractive guy – you still aren’t getting the date if you don’t ask.

Not asking at all is just as bad as asking poorly. Unfortunately, even a rude, greasy guy with poor social skills will get more dates than the guy that doesn’t ask anyone.

Asking often seems greedy and unwanted in our culture. We get too many requests from people who simply aren’t providing enough value in return. But that doesn’t mean people don’t want you to ask. If you are asking the right way, most people are dying for you to ask them.

When most people hear the word ask, they are thinking of a one-sided transaction. If I ask you for fifteen bucks and you comply, I’m fifteen bucks richer and you are fifteen bucks poorer. The truth is very few transactions you will have are this extreme. Successful asking usually takes an almost opposite tact where the other person profited far more from the transaction than you did.

The combined costs of writing content, hosting and managing this website minus the small revenue I generate means that many people have access to hundreds of articles I have means I only earn a fraction of a cent off of most individuals. Based on the thousands of glowingly positive comments I have received I’m sure many of you value this site at more than a fraction of a cent.

When I am engaged in promoting this website I am asking for a transaction where others get free access to hundreds of thousands of words of free content while I only benefit with less than a fraction of a cent per visitor. Asking can often appear very similar to giving.

The real key of asking is that you are the one taking the initiative. You are the one who is trying to fulfill the transaction. Even if the transaction is incredibly one-sided in the other person’s favor, you are still asking to complete the interaction. Even if you are Brad Pitt, most women will still expect you to ask them out. Even if you have the best product in the world, most people will expect you to ask for the sale. Don’t confuse asking with taking.

But remember this, you still need to ask because the world isn’t going to ask for you.