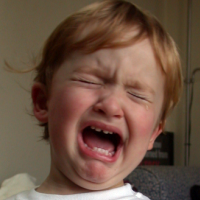 Starting anything new involves mistakes. Tons of them, if you plan on being good. Although you are supposed to learn from your mistakes, there are a few that often go ignored. These mistakes accompany the first phase of anything and it is easy to repeat them in everything new that you do.

I don’t claim to be immune to these mistakes. Actually, I think it is simply because I have made these mistakes myself so frequently that I’ve begun to recognize them. I believe they come up simply by virtue of the forces that cause you to start something new. Unintended side effects of motivation, breaking out of your comfort zone or ignorance.

1) Expecting Too Much, Too Early

Motivation is necessary to start anything new. But the downside of this motivation is that you also become impatient. The more you care about reaching a particular goal, the more distress you feel when feedback indicates you aren’t going to make it.

I’ve made this mistake dozens of times before. When I first started blogging, I had dreams of wealth and grandeur. What I started with was a few page views a day and later a couple cents from AdSense. That’s a mighty big gap to bridge when your enthusiasm is high.

Long-term goals are great, but it’s the next-step goals that really matter. When you obsess about being perfectly fit and toned, earning a thousand dollars a day or finding the perfect relationship you can’t focus on what’s ahead of you. Especially if what’s ahead looks nothing like the final destination.

More correctly, too much false knowledge. A good 80% of learning is simply un-learning all the things that turned out to be wrong. It’s taken me a great deal of practice to realize that the solutions I currently have are probably wrong. And the correct solutions are far off in the distance.

It isn’t a sin to say, “I don’t know.” Although this sounds like a problem more common with beginners, it is even more common with people who have achieved some status and are starting on a new level.

I’m privileged enough to have a journal that has recorded my highly erroneous predictions. The one thing it has taught me is to be humble and look for opportunities rather than assumptions.

It’s scary to start something new. Especially if there are actual risks involved. But corresponding with the first and second mistake, a lot of planning in the beginning is useless. The only things that are important are the rough idea and the next step. You are probably wrong in most of your plans, so getting all the details straight is a waste of time.

How do you know what will work? Testing new possibilities instead of just guessing gives you actual results. It’s easy to prejudge an idea and fail to explore it. Sometimes your original hypothesis will be right, other times it will be dead wrong.

When I commented that I exercised almost daily, many people informed me that this was bad. But after testing both options I found the daily exercise to give better results.

5) Being Wrong Too Long

A lot of self-help is concerned with people giving up too early. In my opinion, people are just as likely to give up too late. There are good times to quit and bad times. I like to look at all long-term projects and goals I have almost like relationships. From this perspective, passion, compatibility and quality experiences are just as important (or more) than end results.

Just because something is difficult, doesn’t mean it needs to be complicated. I’d argue that success in most areas depends on doing a few key areas well and a lot of luck. But if you’re impatient and aren’t careful you can get caught up on distractions. There aren’t any secrets, and doing well in most things is fairly obvious.

7) Failing to Attack From All Angles

All areas of life are interdependent. Relationships influence business, influencing health which influences relationships. If your focus is too narrow, it is easy to look at a problem as fitting into only one category. This cuts off many opportunities which may appear in different areas of life.

As an example, if you were trying to improve your career, looking only through the lens of work isn’t that helpful. Relationship networks, energy you get from a healthy body, stress relieved from a fun life or a financial cushion to support you in job changes can all help.

I’ve found it is best to focus on all areas of life more or less simultaneously and simply look for connections where you can draw benefits from one area over to another. Life isn’t lived in facets, but a whole.