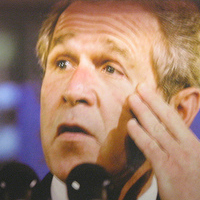 Recently I’ve taken on a daunting personal challenge: completely debugging my speaking habits. Not just public speaking on stage, but fixing glitches when I talk during conversations. These speaking glitches may seem minor, but when they add up, they make you harder to understand, less assertive and can even make you sound stupid.

The amount of speaking errors you can make are endless. There are situations where these “errors” can be used effectively. But 90% of the time, they are just wasteful. Here are twelve I’m trying to overcome:

The problem with fixing most of these speaking glitches is that they happen automatically. The errors creep into your conversations before you realize it. Unless you actually counted it, you’d probably be amazed at the amount of times you say “um” or “ah” in a twenty minute conversation.

Simply trying to use willpower to curb these errors isn’t enough. Getting rid of these errors from your day-to-day communication requires a completely different approach.

My first reaction to fix these speaking errors was to use a 30 Day Trial. This is my default method for changing habits, and I assumed it would work here as well. Unfortunately, after a few failed trials, I realized that this approach wouldn’t work. The chance of making a mistake was too high to commit for 30 Days. While it isn’t too hard to commit to going to the gym for a month, it is painfully difficult to try to avoid any verbal crutches for the entire 30 days.

In the last few weeks, however, I’ve been experimenting with a better method. Piecing together this method from great improvement thinkers like Tim Ferriss and Tony Robbins, I call them rubber band trials.

My current trial is to remove um’s and ah’s from my speech. The first day of my trial I had to switch the band between wrists twice. The furthest I’ve gone is six days without making a glitch. I’m up to four on my current run.

This method works well for targeting communication because it is hard not to forget the rubber band. Whenever you catch yourself making an error, you can easily switch the band over. Considering how common many of these errors are, it will probably take a few days before you learn how to keep them from slipping out.

I’m still doing a lot of experimenting with this technique, so it will probably be a few months before I can provide any comprehensive advice on the method. But, so far it seems promising as a way to debug how you talk, listen and think.

The Goal of Improved Communication

Once you start a rubber band trial, you become acutely aware of how many communication errors most people make. Within a few days of the trial beginning, I could point out every “um” or “ah” made in a conversation. When you realize how many of these little glitches you make constantly, the goal of improved communication becomes much more important.