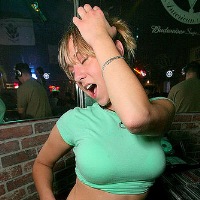 I see two opposite camps when it comes to social skills. One is the highly analytical camp that breaks down social behaviors into mechanics and patterns. Although this is often associated with the seduction community, I’m referring to it in the realm of general social skills. The other camp is the “be yourself” crowd that despises these over-thought and sometimes manipulative techniques.

For a highly-analytical guy who likes being authentic, I’ve had a hard time reconciling the two camps. Both have aspects I agree with, and both have aspects I disagree with. I don’t feel I’m alone. However, I’d like to share a story which should relate my attempt to bridge the gap between thinking for yourself and being yourself when it comes to social skills.

I never used to dance. I think the first time I danced at an event in public would have been in my early to mid teens. Like a lot of people, I was a bit too self-conscious and didn’t have any experience dancing. I was told that I should just “be myself”, not worry what other people think and just have fun.

But, as I’m sure many of you know, that advice is easier said than done. When you’re unsure of yourself, it feels almost impossible to just “have fun.” (Unless there is a large amount of alcohol involved…)

Although I eventually got up and started dancing, I wasn’t entirely comfortable. When I didn’t drink, I wouldn’t feel comfortable dancing unless I felt I could blend into the crowd. I don’t have an exhibitionist streak, so blending in was important to me.

About two years ago, I made a complete flip on my dance floor self-image. On a whim, I enrolled in a short course for Latin dancing. I learned the basics of the Merengue, Salsa and Bachata. Although I’m still a complete novice, learning the actual dance steps gave me something I didn’t have before.

The truth is, I didn’t even use most of the dancing skills I was taught. Few parties and clubs play Latin music, and even fewer people know how to Salsa. However, taking the class made me more aware of how to dance, even more importantly, it improved my self confidence.

Last Friday I was at a club with a group of friends. The dance floor was crowded and I bumped into a large guy who looked serious. It was an accident, but the floor was crowded and in another minute or two, I had accidentally brushed against him again. He gave me an odd look, and I was considering leaving. I’d rather not ruin my night with a bar fight.

After a few minutes the big guy taps me on my shoulder. He pulls me closer to tell me something, at which point I’m wondering where I might be able to move to avoid a fist in the face. He leans to me and says, “You know, I have to give you credit. You’re the first white guy I’ve met with some decent dance moves.”

Several years ago I was incredibly introverted. I felt I had basic conversation and social skills, but I wasn’t incredibly outgoing. I spent most of my time by myself and went to few group functions.

Two days ago I was at a special reception with many prominent people from the business community. I was with a smaller group of students, who mostly stuck to themselves. Myself and one other person took the initiative to say hello to complete strangers. One man told the two of us we, “had a lot of gumption,” for coming up to say hi. I took it as a compliment as I’d rather have gumption than become a wall flower.

I think the ideas about dancing are the same for social skills. An understanding and practice of the mechanics can improve your confidence and awareness of socializing. However, when it comes to the real event, you don’t rely on those theories and go with your intuition. Although I don’t use the steps and mechanics when dancing, learning them gave me a better awareness of how I move my body.

Public speaking is a similar pursuit that has this apparent analysis/intuition paradox. On the one hand, you want to watch your crutch words, hand gestures and vocal tonality. Forgetting these elements means that you’re harder to understand. However, when you’re on stage, you want to speak naturally, not like a robot reading from a script.

To anyone who doesn’t feel confident dancing, I suggest taking a class. You probably won’t explicitly use 90% of the things you learn. But the awareness and practice will give your confidence a boost. I don’t feel self-conscious even when someone tells me I’m a bad dancer, because I have enough awareness to disregard one person’s opinion.

For social skills, I believe it is important to consider the mechanics. Look for what makes some people funny and others boring. Look at the social norms that people follow to try and pick apart the “rules” people use when having conversations. Think through different theories to see if you can explain patterns in human behavior.

But when you actually go up to dance, forget the steps and trust your intuition. Those ideas and concepts will hopefully give you increased awareness. But they can’t replace empathy, authenticity and genuinely connecting with other people. For those, you need to ignore the steps and just follow the music.

Some people, either through genetic gifts or a favorable childhood, built social skills early. They became extroverted and popular. While I don’t want to characterize my past self as a complete geek, I was never one of those people. So I can completely empathize with the desire to improve your social skills.

Social skill snobs, often don’t realize the difficulty and pain that goes into mastering conversations, introductions and humor that many people go through. I’ve received dozens of emails from people who are struggling with this aspect of life. Snobs tend to think that the awareness and confidence they take for granted are available to everyone. That is why trite advice like “be yourself” and “just have fun” is so common. (…and, alas, so unhelpful)

I’m summarizing the process of improving social skills to thinking and practice. This article is already fairly long, so I don’t have much space to elaborate. Toastmasters, joining organizations where you need to deal with people, working in sales jobs and volunteer positions are just a few of the outlets where you can think and practice with your social skills.

In truth, both sides are correct. Dancing has steps and a rhythm. Understanding those steps gives you the awareness to move around. However, when the music starts playing, stop thinking about your feet and start feeling the sounds.