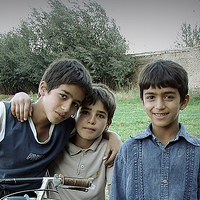 Two weeks ago I wrote about the value of independence. The article was a bit longer than my normal writing, but I felt the topic deserved the extra length. A number of readers here must have agreed with me, because it was one of the most commented on articles in the last few months.

In the article, I argued that independence was necessary for both a happy life and a moral one. I claimed that financial independence was important, but it was only one step. Social and intellectual independence had even bigger ramifications, even though they were harder to recognize. The issue of social independence raised a lot of questions in the comments, so I’d like to address that idea today.

What is Social Independence?

What Bill Gates does have is (at least in theory) is an equal balance of trade. The amount of money he earns is greater than or equal to the money he spends. He doesn’t need the government, family or friends to write him a check. In fact, he gives away some of his wealth to philanthropic organizations, making his case the opposite of financial dependence.

Social independence is exactly the same idea, except there isn’t any money involved. Money is a medium for exchanging material wealth. Relationships don’t have a physical currency, but value is still exchanged between people. Being part of groups can give love, security, friendship and support. In many ways, social currency has a much higher value than dollars and cents.

A financially independent person would immediately exit any relationship where one person was cheating her. If she were being swindled on her grocery bill, she would shop at a different store. She wouldn’t be compelled to stay in a relationship that robs her in one way by making her dependent in another.

Similarly a socially independent person wouldn’t stay in a relationship where friendship and trust were violated. He would recognize his value and leave any destructive relationships, confident that he could make healthier ones. He wouldn’t be dependent on the opinions of other people to make decisions important to him. If he wanted to start a business, he wouldn’t allow peer pressure to push him into a job he didn’t like.

Independence isn’t an all-or-nothing quality. You can have different levels of social, financial or intellectual independence. You may be in complete and hopeless debt to someone, or you may simply have a small deficit.

This is, once again, easier to see with financial independence. In a scale from complete dependency to complete independence, you would probably these people along the spectrum:

Why is Social Independence So Difficult?

It’s easy to know if someone is swindling you. You can check the prices. Money is regulated. There are many laws preventing people from cheating you out of money. Our societal structure encourages economic independence. Independence is necessary for economic health, so society usually pushes people to become more independent.

Social independence doesn’t run on the same fuel. As a result, there is less pressure to move people up the ladder of social independence. So most of the people who do have a degree of independence, developed it unconsciously. In many cases, being popular and staying loyal to untrustworthy friends is actually promoted.

Social independence is also more difficult because social currency is more valuable than money. Beyond a minimum poverty threshold, money just buys luxuries. But, many people are currently in a social poverty, where they don’t feel that the basic needs of friendship, love and security are being met. As a result, many people are willing to chain themselves to social dependence just to meet those basic needs. If you were starving to death, you probably wouldn’t have as many scruples about stealing enough bread to survive.

Valuing the Independence You Don’t Possess

I’m not at the level of complete independence in any category. I consider independence to be extremely important, but I recognize my own shortcomings and dependencies. But just because I haven’t reached the highest pinnacles of this value, doesn’t mean I can’t climb towards it.

Once you recognize the importance of something, you have the power to work towards it. If you don’t consider your health to be important, chances are you’re going to end up weak and overweight. By seeing your shortcomings towards something that is important, you can put effort into changing it. I’ve made a lot of progress towards independence in all areas, once I recognized how important it was to me.

Independence Is Power Over Yourself