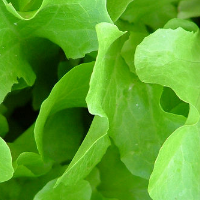 How can a nation so obsessed with health, be so unhealthy?  Why has our historically diverse diet gone down to mostly three crops: corn, wheat and soybeans?  Michael Pollan argues that in a society where potato chips and corn oil can be awarded health claims (Frito Lays and Mazola, respectively), there is something seriously wrong with our approach to food.

I recently had a chance to read The Omnivore’s Dilemma

and In Defense of Food

.  I think both books are must-reads for anyone that is interested in their health, the environment or eating food.

Why is Health Advice Making us Sicker?

In Defense of Food starts on an unusual attack.  Pollan argues that a big part of the obesity crisis is the field of nutrition itself.  Nutrition has shifted the focus from foods, like potatoes and beef, to nutrients, like carbohydrates and saturated fat.  This switch from foods to nutrients is what Pollan calls nutritionism and it is making us sick.

This focus on nutrients and not food, has lead to an oversimplification of an incredibly complex system.  When protein, fat and carbohydrates were discovered as the building blocks of nutrition, many researchers declared the problem of nutrition solved.  Unfortunately, they weren’t able to explain why sailors (who get plenty of these macronutrients) were getting sick.  This lead to the discovery of vitamins and minerals.

Now we’re just learning that vitamins aren’t the last step.  Other compounds in food such as flavonols can impact our health.  The simple category of fats has undergone more than a few civil wars, splitting first into saturated and unsaturated, and now dividing into even more categories such as Omega-3’s and trans-fats.  Although knowledge is progressing, nutritional science understands a lot less than it would like us to believe.

Food corporations love nutritionism.  Need more Vitamin A?  Just add it in.  Trans fats are bad?  Just synthesize something else.  Tomatoes and brown rice don’t have much of a profit margin.  Absorbing the health advice, industry has created many edible foodlike substances that claim to be healthier than real food, and also make far more money.

Scientific arrogance and industrial greed have joined to make us obese, pollute our earth and “ruin more than a few good meals” according to Pollan.

Eat Food.  Not Too Much.  Mostly Plants.

Seven words summarizes Pollan’s advice for the eater.  Along with the simple headings, he offers advice I never expected to hear from a book on nutrition, such as:

What little we do know about nutrition, we know that the Western diet isn’t healthy.  Processed foods, too much meat, industrial agriculture and high-fructose corn syrup are a big part of the problem.

What I Learned From These Books

Reading is useless unless you’re going to do something about it.  There were multiple lessons I gathered from these two books that I’m going to use to change the way I eat.  I definitely don’t fit into a typical Western diet (I’m a vegetarian and there is tofu in my fridge), but that doesn’t mean I couldn’t find a few points of improvement.

Here are a few of the changes I’d like to make after reading these two books:

A big villain in both of Pollan’s books is processed foodlike substances.  As a culture we’ve shifted away from the whole foods of our ancestors.  Food is more than it’s nutrient building blocks (at least in the ones we’ve discovered), and when you refine foods they may retain some of those building blocks and completely lose others.

I don’t eat much processed foods.  When I have my way, a good lunch is brown rice and stir fried tofu and broccoli.  But, like most people, I’ve taken the shortcut provided by more processed foods.  As a vegetarian, a whole host of meat imitation products have been created.  Initially I ate some of these out of convenience and, supposedly, my health.  After reading these two books I’m going to reconsider how these processed foods play a role in my diet.

Eliminating all highly processed foods is difficult, if not impossible.  Where do you draw the line?  Bread is a processed food, but it has stood for hundreds of years whereas milk-free cheese has not.  But that doesn’t mean you can’t take some steps to reduce it’s impact on your diet.

Pollan criticizes what he sees as “industrial organic” food.  Despite this critique, both of these books opened me up more to the idea of trying to eat more organic foods.  Pollan claims that many of the big organic growers still utilize the big industrial structure for delivering food.  As a result, organic livestock isn’t much better than industrial livestock, and your lettuce is grown in a huge industrial system, instead of a quaint farm.

Although these criticisms are fair, I think if you compare organic to industrial food it still wins on the areas of the environment, health and ethics.  I’m not sure whether a complete switch to organic is something I’m going to do, but paying a bit more for foods that are probably healthier and less environmentally damaging is probably a good thing.

Earlier this year I posted about how I’m learning to cook more.  These books offered another potent argument for home-cooked meals: they are much healthier for you.  By cooking food and taking time to prepare food that tastes good, I’ll know I’m not eating a highly-processed food substitute.

Cooking also broadens the amount of species you eat.  Highly processed food is usually the result of corn or soybeans.  When you cook real food you eat a much more varied diet, which as an omnivore, is closest to the diet we would eat naturally.

I don’t think I’ll be doing any of these steps as a 30 Day Trial yet.  I’m moving back to residence in a few weeks where my flexibility with food is more restricted.  But, when I go back to cooking every meal for myself, completely eliminating processed foods and spending more time cooking will be on my to-do list.

I’ve written just a bit about these two books, but I recommend reading both of them.  In Defense of Food focuses on the nutrition, while The Omnivore’s Dilemma is a critique of the agricultural and food industry in general.  I’d recommend reading In Defense of Food, but if you have the time, reading both will give you a better picture of where your food comes from and why you might want to reconsider how you eat.