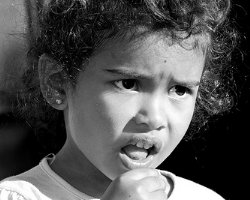 Recently, I posted an article explaining why I am a vegetarian. The bulk of the article hinged on the ample nutritional evidence that, if not the best diet, vegetarianism was at least better than most.

First, let me explain that I’m strictly an amateur when it comes to nutrition. I’ve never taken a formal course, so all of my knowledge comes from a passion in the topic causing me to read more than a dozen books and hundreds of articles.

But, you don’t need a degree in nutritional science to spot flawed arguments. Most of these fallacies are easy to spot with a little common sense, despite being used frequently to promote one diet or another. While spotting these fallacies won’t tell you exactly what diet is best, it does sensitize your bullshit meter for flawed reasoning.

It doesn’t take much brainpower to see the flaws in this argument. You could also lose weight by sawing off one of your legs, that doesn’t mean it’s a great health strategy.

However, frequently I see comparisons being made that demonstrate that because a diet causes weight loss, it’s also a healthy diet. True, being obese increases your risks for many diseases, so all else being equal, being skinnier is probably better for your health. However, all else isn’t equal, and losing weight isn’t the barometer for health.

#2 – If Our Ancestors Ate It, It’s Good for Health

This one works on the evolutionary argument, and it’s more difficult to see where this argument breaks down. The difficulties lies in that the argument does make sense at some level. It simply breaks down when it is applied to a logical extreme.

The flaws in evolutionary reasoning are simple. If a type of diet (let’s say one that favors more protein) had even a small advantage during a caveman’s twenties, that would outweigh even disastrous consequences later in life.

For example, if a diet caused cavepeople to drop like flies in their sixties and seventies (as many degenerative diseases  will do) but it allowed younger cavemen to be slightly stronger, that diet would persist within the evolutionary lines. But, now in the 21st century where being slightly stronger isn’t worth dying 20 years earlier, the traditional diet no longer serves our needs.

I’m not saying evolutionary arguments are completely useless, just that you can’t take them to an extreme. Vegetarians and carnivores both love pointing out evolutionary justifications for their particular diet, so be skeptical first.

This is an anecdotal argument where a particular person raves about the extra energy they have from eating a particular diet. The problem here, of course, is that the placebo effect is strong. Especially with qualities as subjective as energy levels.

If you feel more energized after a diet switch, that’s great. Just realize that some (or potentially all) of that effect might be from taking the initiative to change your diet. And, if someone tells you they feel great after a diet, try to find some objective research to back their claims before swallowing it wholeheartedly.

#4 – If It Contains More of Nutrient XYZ, It’s Good for Health

Science loves reductionism, breaking down nutrition into specific nutrients. Unfortunately, as has been argued by nutritional experts such as Dr. Colin Campbell and has even been made the subject of a bestselling book by Michael Pollan, reductionism has limits.

Just because a substance contains more Omega 3s, that doesn’t make it healthier. Nutrition is a complex relationship between many different nutrients, and linear addition of different components doesn’t work. As an example, Omega 3s and Omega 6s work on a balancing scale, so eating more Omega 3s reduces your Omega 6s and vice-versa. So simplistic arguments that claim a certain food item is good because it contains XYZ are bogus.

This is just the converse of the last fallacy. Just because something is low in sodium, does not make it healthy for you. This is a fact many food marketers hope you’ll forget when they happily label there unhealthy processed foods as health items because they are “Contain Zero Trans-Fats!” or “Low in Cholesterol!”

#6 – If Healthy People Eat It, It’s Good for Health

Correlation is not causation. Just because native inhabitants from a lonely island of Japan live to 95 eating a particular diet doesn’t mean it is healthier. Different lifestyles have thousands of different potential causes, including genetics, differing lifestyles and cultural influences.

If people die when they switch to a diet, typically, that’s a good sign it isn’t healthy. But don’t overextend correlation arguments used to explain the nutritional power of a particular way of eating.

#7 – If It Made Rats Healthier, It’s Good for Health

Many nutritional experiments involve giving rats a particular diet or nutrient in extremely high doses and watching what happens. While this has some usefulness in gauging hypotheses or pushing further research, it doesn’t translate to human nutrition.

First of all, humans aren’t rats. Second, humans don’t eat nutrients in sterile laboratory environments in extreme quantities, so the implications of feeding a mouse 20,000x the level of a particular carcinogen and observing cancer isn’t entirely relevant to human nutrition.

What Arguments Can You Rely On?

With most of the above arguments, there are weak spots in their logic. That doesn’t mean they shouldn’t have any persuasive power, just that they shouldn’t be relied on entirely. If a diet causes weight loss, that’s a better sign it’s good for health than if everyone who eats it becomes fat. If a diet killed rats instantly, that’s a better sign it should be avoided in humans.

The best arguments are based on experimental evidence. Particularly those which use a large sample of people and test conditions similar to how people actually consume food. Naturalistic experiments, which use large populations of people changing diets, are also a better alternative.

If someone tells you that in a large, controlled research environment that people who switched to the diet typically saw their health increase, I would put more emphasis on that than the evolutionary rants of a dietary zealot or the magic healing benefits promoted by a blogger.

Why does this matter? Well, whether you understand the confusing sea of nutritional info or not, it’s still your body and you’re the one who has to live in it.