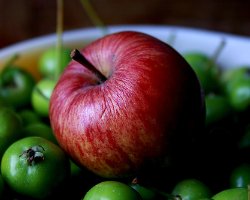 Almost inevitably, when I tell someone I’m a vegetarian, I get a curious stare with the response, “Why?” Unfortunately, this usually comes around dinner time, so I usually try to shift the topic rather than engage in a lengthy debate attempting to justify my lifestyle choices. Most of the time, I’d rather just eat.

However, considering the bulk of email I receive about being a vegetarian, it’s probably time I explained why I don’t eat meat. But before you expect me to go into a pro-PETA rant (I won’t, by the way), I’ll explain what I’m not going to do:

First, I don’t care if you become a vegetarian or stay a devout carnivore. I’m a vegetarian for personal reasons, and while it’s always nice to meet with fellow vegetarians, your eating meat has no impact on my lifestyle.

Like my past article, Why Atheism, where I explained my lack of religious belief, this article is an explanation not a sales pitch. Instead, I’d like to explain how I believe the practice improves my life, and for me, allows me to be a happier, more productive person.

However, if after you read this, you declare I’m a nut-job and proceed to grill up a steak, more power to you.

Why I Became Vegetarian

I’ve been a vegetarian for close to four years now. I was also a strict vegetarian for roughly 4-5 months (no eggs or milk, either). My initial decision to go from happy-go-lucky omnivore to vegan was prompted after reading the book, The China Study

Before reading this book, I assumed all vegetarians abstained for ethical reasons. As a kid that grew up in a town that celebrates a fur-trapping heritage and had been fishing and hunting, that argument never resonated with me. Animals aren’t humans, and don’t deserve the same rights as humans, such as the right not to be my dinner.

The China Study changed my perspective. Dr. Colin T. Campbell demonstrated, with a wealth of nutritional evidence that plant-eating was also far healthier. Osteoporosis, macular degeneration and even most cancers, were according to his research, linked to the toxic diet the western world had been binging on. Too much meat, too much processed foods, not enough plants.

I’ll avoid recapping the entire book, but even for a skeptic like myself, it was eye-opening. From that point, I continued reading books and blogs about the topic.

Steve Pavlina was a big influence for me in creating the connection between health and the ability to reach my goals. Now, vegetarianism wasn’t just looking attractive from the standpoint of health, but in self-actualization. A healthy body, even in a minor way, contributes to small increases in daily energy and focus. Those increases add up over months and years, allowing you to do more, even if on any particular day their importance appears small.

I also read Diet for a New America

and a few other books on the veg*n lifestyle. This allowed me to finally listen to the argument I’d ignored throughout my omnivorous years. That meat-eating has a negative impact on the environment and is, at the very least, ethically questionable with cases of factory farming.

Why I’m Still a Vegetarian Today

However, I no longer claim vegetarianism is the perfect diet. I think there is evidence that a diet which involves a small amount of meat or animal products (so-called flexitarianism) is equally healthy.

I am also not so idealist as to believe if everyone switched to vegetarianism global warming would be avoided and world hunger would stop. People would find other ways to pollute, and in a capitalist world-economy, we waste a lot of food that could be used to feed the starving but isn’t, because of logistic, political and economic reasons.

And, as I felt with my fur-trapping cultural heritage, animals are not people. They likely have some version of a conscious mind, but ascribing them all the benefits and rights of a human, is extreme and illogical. Some conditions of factory farming may be deplorable, but the emerging practice of artisanal farming, which allow animals to live otherwise free and natural lives feels like an acceptable alternative.

My reasons for continuing as a vegetarian are simple, although they don’t have the same piousness people often ascribe to vegetarians:

Perhaps more importantly, vegetarianism makes me feel good. Those are the logical reasons I have for continuing, but people don’t make choices for logical reasons. I’m still a vegetarian because I remember feeling healthier after switching. I enjoy the lightness that comes with not digesting a meat-heavy meal. I like being able to maintain a slim, fit body without calorie counting. I like the satisfaction that comes from knowing that, if only in a tiny way, my choices are better for the world at large.

I’d like to explain away some of the myths I’ve encountered from people ignorant on vegetarianism. My experiences aren’t a universal rule, but I feel, having read several books, hundreds of articles and having lived the diet for four years, I can share an insight or two.

I’d say I need to explain this to about 50% of the people who ask me why I’m a vegetarian. Somehow, they’re under the impression that protein, the holiest of all nutrients, is under the exclusive domain of meat. And by not eating meat, I’m depriving myself of that sacred nutrient.

This is a myth for two reasons. First, it’s a myth because plants contain plenty of protein. Have you ever seen an elephant? It’s a vegetarian, and nobody’s calling it a lightweight. Second, it’s a myth because protein, far from being the nutritional holy grail, is (surprise!) just like every other nutrient and eating too much of it can be just as bad as not eating enough.

Many plants, per calorie, contain more than enough protein for the body’s daily needs. Spinach is about 40% protein by calorie. Lentils are around 50-60% protein by calorie. This is true of many other plants, so if you’re a vegetarian eating plenty of unprocessed plants, and are consuming enough daily calories, protein deficiency is unlikely.

Second, this is a myth because the dietary need for protein is far less than what most people consume. Aside from elite athletes and bodybuilders, Dr. Campbell estimates the amount of protein required is somewhere south of 15% of your daily calories. Vegetarians will often get more than this amount if they are eating balanced diets.

Finally, my personal example is anecdotal evidence that vegetarians get enough protein. While I’m not an Olympic athlete, I keep myself in good shape. I can easily do 60-70 consecutive push-ups, run 10km non-stop and can bench-press more than my body weight. I have also successfully gained muscle using a vegetarian diet without protein powders.

Ok, this one is subjective, but I’ve found vegetarian cuisine delicious and satisfying. It does require different cooking talents, but if you are willing to invest a few weeks to practice, you can probably make some interesting dishes.

A few days ago I brought a pack lunch that consisted of a roasted pepper, mushroom and avocado sandwich. Many of my meat-eating friends had an old sandwich with deli meat on a stale baguette. I’m not trying to argue that meat cuisine can’t be tasty, just that you need to free yourself from the narrow assumption that meat is the necessary flavoring for all food.

Myth #3: All Vegetarians are Zealous Purists

And, although I haven’t eaten a meal containing meat for close to four years, I have tasted meat on one or two occasions. Each of these times it was when I was a guest at another person’s house for dinner in a foreign country, where the host wanted me to try a small piece of the local cuisine. In these cases, the cultural experience and social etiquette trump my resistance to eat less than a teaspoon of animal flesh. (And no, it didn’t make me want to start eating meat again)

I find nothing more irritating, than know-it-all vegetarians who try to aggressively force their views onto other people. They make us all look like nut-jobs.

Why I’ll Continue Being a Vegetarian

The simple answer is: I haven’t found a reason not to be a vegetarian. Although there are downsides, I’ve found them to be far outweighed by the upsides. It took a bit of getting used to, but I’m so satisfied by my choice to be a vegetarian, that I don’t see any impending need to stop.

Will I always be a vegetarian? I can’t say for sure. I treat life as an ongoing experiment, one of which my hypotheses are frequently overturned. I don’t treat vegetarianism as a lifelong commitment, just a practice I enjoy.

I have considered pescetarianism (which in addition to eggs and milk, allows for fish) as a possible alternative, particularly if I’m living in a place where strictly vegetarian eating is difficult or if the cuisine is centered around seafood and fish. But, even for that decision, I’d like to do a lot of research to see whether the health or environmental merits warrant making a switch.

So, to answer the titular question, “Why Vegetarian,” I can only say this: all of my research shows vegetarianism, if not being the best choice, is at least a better choice than 95% of the world’s diet for health, environment and ethics. But even more, I actually enjoy being a vegetarian, and I didn’t know that fact before I started.

Here are a few links I found useful both in being a vegetarian, and in making the decision to eat only plants: