I’ve spent the last month traveling through Europe, specifically England, Denmark, Norway, Sweden and Belgium. Articles continued to appear, twice per week, because I published them before I left. However, this is actually my first time sitting down to write in over a month.

I won’t go into too much detail of my trip. I leave the extensive travel writing to more talented hands. But I will share a few thoughts arising from my recent adventures.

1. Even the Slow Kid in Denmark Speaks Three Languages

I was amazed, as in a Norwegian store, the sales clerk switched between chatting in Norwegian to the other workers, flawless English and again over to Spanish with another customer. Or when our tour of Copenhagen in three languages wasn’t a recording, but one person repeating the information three times in Danish, English and then German.

North America is largely monolingual. Even living in Canada, an officially bilingual country, I’ve only recently started to seriously learn French. When not just a few linguistic geniuses, but almost an entire population are fluent in 2, 3 or 4 languages, it shows that second-language acquisition can’t be a talent for just a select few.

2. I Prefer People to Places

I visited plenty of tourist spots along my trip: Big Ben, The Little Mermaid, Manneken Pis and Oslo’s crying baby. But considering the cost of traveling, I found this aspect of my trip underwhelming. I’m not the kind of person with a checklist, hoping to cross off life experiences like a to-do list.

The best experiences were staying with English relatives in Whitstable, my sister’s former host family in Denmark or with a Belgian family who spoke little English and rapid-fire French. I think in traveling, like in life, it’s the things that never make it to a checklist that you enjoy most.

3. Vacations (Or the Magic of WordPress Timestamps)

For the first time since I started this website, I took an entire month without doing (almost) any work. I didn’t open a document to write once. I didn’t work, examine or expand any projects. Aside from moderating a few comments and paying a bill or two, I didn’t do any work towards this website.

Taking the time off was great, especially with a busy travel schedule. It was nice not to have to worry about leaving the blog empty since I knew a month’s worth of content was coming down the pipeline.

However, I missed working by the end of the trip. I’ve realized I enjoy life most when it involves waking up early to write and work through the day on personal projects. Now that I’m back from my vacation I can regain my energy by doing some work.

Improvements for Next Time

One element of my trip that disappointed me was being unable to meet up with more people through this website on my travels. I had several requests to meet up, but it was impossible with my schedule.

I felt the trip was overplanned, as well. Most of this was due to coordinating with family while visiting my sister in Denmark. However, in future travels I think a more spontaneous route might be more freeing. 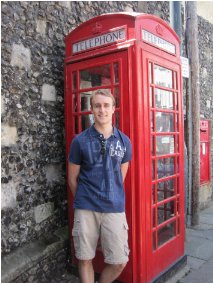 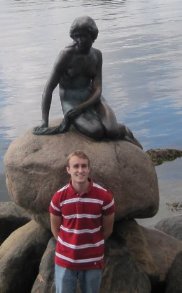 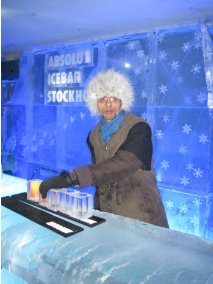