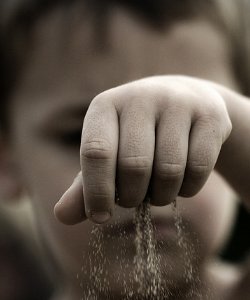 I recently got an exasperated email from a reader who has set big goals, but he has no idea where to begin. Someone must have told him the myth that says you need to start big. And, the myth that if you start anything, you need to know exactly how to finish it and know where it will end up.

I’ve read Guy Kawasaki’s book, The Art of the Start. It’s a popular book, but I feel it misses the big point. That life isn’t defined by epiphanies, big ideas or grand starts. I’ve always felt life is better defined by lots of small starts and finishes. No supreme moments of clarity, just decisions to try something slightly more challenging than the day before.

How You Can Start a Business, Without Starting Anything

When I talk to many of my peers about this business I run, I often get expressions like, “Where did you think of starting that?” The answer is simple: I didn’t.

Yes, I’ve set goals to start an online business before I began. But what I had initially planned is not what is here today. Almost nothing of this current business is how I had envisioned it. Moreover, many of the things I have no problem with today would have been completely outside my experience when I began.

Instead of following a straight path, with an obvious beginning, everything here today just, sort of… happened. Many small starts and small projects, evolving a direction as I went. Sure there were grand visions, but none of them actually occurred. Instead something new was created.

So if you’re interested in starting a business, you don’t need to know anything. You just need to reach at the first project aimed in the right direction.

If you’re too afraid to get started, you’ve chosen the wrong project. It’s that simple. You’ve picked a project that is too enormous to tackle all at once. A bit of uncertainty or fear is natural in any new situation, but if your fear is seriously holding you back, you need to scale down.

I ignore advice that focuses relentlessly on overcoming your fears. Sure it’s a popular mantra, but I don’t think it works most of the time. A better approach is to learn to manage your fears by choosing the small steps that may feel uncomfortable, but not terrifying.

If you’re terrified of speaking in public, doing improv comedy at open mike night probably isn’t the best route. For most people, they would consistently ignore the task and stay at home. A better approach is to go to Toastmasters and try speaking in front of a group of 10 people who are willing to support you. Little steps make more progress than impossible leaps.

What if You Don’t Know Where to Start?

I think this question itself usually reveals a lie. In truth, most people could at least guess at where they need to start. It’s all the middle stuff that’s vague and difficult. If you want to sell a script to a major movie studio, it doesn’t take much insight to realize that practicing writing is a good place to start. It’s all the middle stuff that connects practicing writing with selling a script that confounds people.

Don’t sweat the middle stuff. Small starts don’t need to be perfectly correct, they just need to move you another step further towards the goal. Once you complete one step, you’ll learn more and be able to take another step.

In Praise of Small Starters Everywhere

Right now, I’m guessing there are one or two of you who are in the process of successfully starting something big. Not just talking about your big idea, but actually putting it into practice. However, for every one or two big starter, there are probably a few thousand people doing nothing at all.

Instead of praising the big starter (who most people, including myself, can’t be), I’d like to praise the hundreds of little starters. People who, one way or another, are tackling something small to move them into an area they are interested. They don’t have all the answers, nor the courage to do everything. But these people, bit by bit, are carving their own path and enjoying the process of where it takes them.