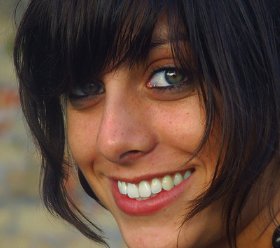 Likability matters. In your career, most of the opportunities will come through other people, and people give opportunities to the people they like. In relationships, someone has to like you before they can love you. Anywhere in life, if people like you, they are more willing to help.

Unfortunately, likability has picked up a bad reputation. I read advice that says: make people either love you or hate you, popularity is an unhealthy vanity, the best minds were criticized by everyone around them. Ayn Rand glorified a dislikable character with Howard Roark, the hero of The Fountainhead.

However, all of these qualities, I would associate with a dislikable person. A generic, wimpy, dependant, smarmy diplomat isn’t a likable guy–he’s a tool.

Likability isn’t any of those things. It just means that people, on average, tend to form a good first impression of you, and that you are easy to like. That’s it. If likability means sacrificing your principles, independence or uniqueness, you’re doing it wrong.

The Power of Being a Likable Person

Likability doesn’t sound sexy. It sounds rather bland. Most people would rather have secret-ninja-style pickup lines, the perfect sales pitch or jedi mind-trick persuasiveness. While being likable isn’t magic, I think it does have a dramatic impact on your life.

From every angle of human interaction the basic question: “Do I like this person?” is being asked. Being able to get more people to say, “yes” to this question has a huge impact.

Likability is orthogonal to remarkability, courage and character. That means, how likable you are has almost nothing to do with your uniqueness as an individual, whether you’re a hero or a wimp, morally upstanding or shifty. I’ve met courageous, unique, morally upstanding people I really dislike. And I’ve also met generic, wimpy and sometimes dishonest people that, for the most part, were very easy to converse with and enjoy their company.

Likability is a Social Skill

Likability is simply a social skill, just like any other. Just like a good public speaker can deliver a persuasive speech, someone who has practiced the social skills of likability is easier to befriend.

Although the list is certainly incomplete, a few skills I associate with likable people are:

But focusing on the specifics of the skill isn’t as important as the attitude that goes with it. If you accept that likability matters, you can make yourself more likable to people around you. You can strive to be nicer. You can aim to be friendlier. You can work on being empathetic to realize when you might be unintentionally stepping on someone’s toes. You can work on your sense of humor. You can explain your passions in a way that excites people who have never heard of them before.

Likability isn’t Everything, Just One of Many Important Things

I think some of the backlash towards likability is due to a certain breed of people. These are people who do everything and anything to be liked. They mimic their friends. Violate their personal standards. Bow down and grovel in the desperate need for attention. These people believe popularity isn’t just one important characteristic, but the only important characteristic.

Don’t be one of these people. For starters, I don’t think their approach is very effective. Paradoxically, if you sacrifice everything for likability, you aren’t usually very likable. Trying too hard to be cool typically only makes you a loser. Second, likability is just one of many other traits that are useful to have, it isn’t worth sacrificing everything for.

But, if you put likability in the right context, it’s a powerful tool. It makes relationships easier and it gives you more opportunities without manipulating other people. People help you because they genuinely want to help someone they like.