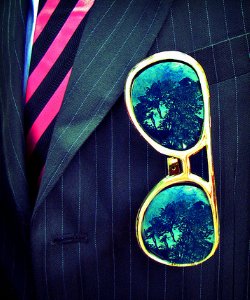 Most of the time, quitting your job to start a new venture is a bad idea. Unfortunately, there’s a bad rumor going around that says the first step to entrepreneurship is crafting your letter of resignation. It’s not.

I started this business part-time. In fact, I still run it part-time along with university. And, I’m incredibly glad I didn’t drop out of school to pursue it full time.

It took me over a year before I was able to earn a respectable part-time income. And even after that, I’ve had major income fluctuations. That’s fine for a part-time business. But if I had expected full-time money, I’d probably have quit. Failed, broke and with unnecessary bitterness in my mouth about entrepreneurship.

But don’t take my word for it. Most entrepreneurs I know didn’t start by spontaneously announcing their departure from regular employment. Leo Babauta continued writing at stable freelancing and full-time jobs long after Zen Habits kicked off. Same with J.D. Roth and Hugh MacLeod.

Even outside blogging, most of the entrepreneurs I know launched with one foot resting firmly on a stable paycheck.

We like to celebrate people who quit their jobs. I think, instead, we need to celebrate all the people who manage to launch a venture using just a few hours of their spare time every day. They are the better role-models, not only because they demonstrate dedication, work-ethic and patience. But also because they are often more successful.

Why Quitting Your Job is a Stupid Idea

In my opinion, there are only three reasons you should be quitting your job to start a business:

For most people they can eliminate reasons #1 and #2. Which leaves reason #3: their business can actually support them.

Quitting your job to start a venture is stupid for two reasons:

First, quitting scares the hell out of most people. As a result, many people never start their dream venture because they feel resigning is a prerequisite. I think many great entrepreneurs are stuck in soul-sucking cubicle positions because they don’t have the guts to get started. But the truth is: they don’t need to be gutsy.

Second, quitting is scary as hell for a good reason. Most ventures are not immediately profitable. Hugh writes that 24 months is a good estimate for how long it takes a business to figure out its business model. If you add to that, the pressure of figuring out how you’re going to pay for rent and food, most people will buckle.

Entrepreneurship isn’t fundamentally about risk-taking. It’s about providing a product or service people will value enough to pay for.

Where to Find the Time for a New Venture

Starting a new business takes a lot of time. I imagine that I’ll get one or two snarky comments from people claiming that this advice is all great for single, childless university students who have tons of spare time, but what about the people who don’t have the free time to start a new business.

First, this is why I believe the best time to start a business is in your twenties. Not always the case, but finding time to start something is a lot easier when you’re used to living off microwave food and your biggest scheduling decision is picking which party to go to.

Second, yes, starting a new business takes a lot of time. Most people don’t have the drive or willpower to start a business. And those people probably shouldn’t.

A new venture is like having a new baby, you have to want to lose sleep over it, raise it and spend your waking moments thinking about it. If you don’t love it enough to do that, you won’t be able to see it grow up. That’s just reality.

Transition from Part-Time to Full-Time

As I mentioned in the introduction, I’m still part-time. So, I’m not going to hand down perfect advice for transitioning your part-time venture to full-time. But after watching many people eventually make the leap, I think there are a few tips you can use to make it easier:

Wait until you’re earning more than you need. Your paychecks won’t always be stable. Over one year ago, I was making several thousand dollars per month only to watch it crash down to several hundred, 6 months later. So, I believe the best time to quit is not when you’re hovering above the financial solvency line, but earning more than you spend, consistently.

Freelancing is often a good intermediate step. Freelance work can often fill in the gaps when you’re trying to get a more passive business going. I use freelancing gigs to help pick up my income during lower phases when I need more short-term income. I know Leo Babauta wrote freelance articles for multiple columns before going solo.

Have some savings prepared, just in case. If the business wobbles a bit the first time trying to stand on its own, make sure there’s a cushion to break its fall. A few months’ worth of income can give you flexibility if you face a sudden downturn.

Many of the entrepreneurs I’ve talked to after their transition wish they had done it sooner. But I think this attitude is a luxury of all the successful steps they made previously. Honestly, I’d rather be employed for an extra six months, unsure of whether I should break free, than struggling to pay rent because my business holy-grail was actually made of dust.

For 5% of People, Quitting is the Right Choice

For a small minority of people, quitting their job and going face-first into a new venture is the only way for them to succeed. But, I feel this is a minority. For most people, they will be more successful and avoid the feelings of being completely overwhelmed by starting part-time. Let your baby learn how to crawl before you force it to run.