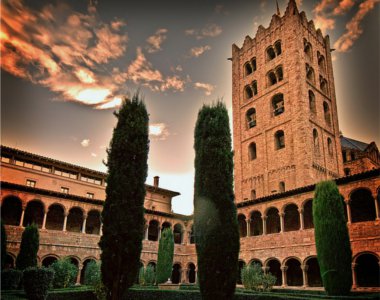 If you plan on running your own business empire, should you bother going to school?

I reject the common idea that school is a waste of time for potential entrepreneurs. There are good reasons why many entrepreneurs would benefit from education, and the choice depends on your situation.

Common Wisdom: School is a Waste of Time for Entrepreneurs

Erica Douglass, who sold her first business for over one million dollars, argues that you shouldn’t:

“I don’t think college is beneficial for teenagers who already have a good idea of what they want to do with their lives, especially if they want to start a business.”

Ben Casnocha, one of my favorite bloggers and founder of a sizable enterprise software company while still in high school also questions the benefits of school:

“[Cal Newport] wisely ignores folks like me who sit on the radical fringe and start from the premise: ‘Why college?’”

Beyond Casnocha and Douglass, there are many examples of wildly successful entrepreneurs who dropped out of school to pursue their business ambitions. Bill Gates quit Harvard. Steve Jobs dropped Reed College. Even Sergey Brin and Larry Page abandoned their PhD theses to found Google.

The question for any would-be entrepreneur thinking about school stands: will it end up being a waste of your time?

Does School Increase Your Odds of Entrepreneurial Success?

Correlation isn’t causation, but based on all the reasons I’ll discuss, I’d say there is good reason to suspect school does increase the odds of your success.

In the Illusions of Entrepreneurship

What’s an even bigger indicator? Having a graduate degree.

Smart people go to school. They also start businesses. This correlation shouldn’t be too surprising.

But consider that educated people tend to earn more income at their jobs and work at more desirable jobs (think engineer versus factory worker), then it would make sense that in order for them to give up better jobs to start a business, there would be an even better chance of success.

I see several big reasons to go to university. Unfortunately the issue can’t have a consensus. For many entrepreneurs, school will definitely be a waste of energy. These people will almost undoubtedly further their ambitions more by working outside of school. For others, school will provide the crucial stepping stone to entrepreneurship.

Reason One: You May Need to Work First

An internet business like the one I run is low-hanging fruit. Anyone can set up a blog or write an ebook, and in fact, many do.

The problem with no entry barriers is that there is way more competition. According to Technorati, this blog would rank high in the top 1% of all blogs. And, at this point, I’m making a comfortable income, but certainly not riches.

I’m not arguing the odds of success are 1%. Simply that when you choose the easiest business to start that requires the least up-front knowledge, your chances of success are inevitably lower.

I know someone who is the CEO of a software company, working with machine fabrication. He tells me, he “always tries to take off at least two months to visit Europe every year.”

He has reached success, certainly. But he didn’t do it by going after the quickest business opportunity he hit upon. He started by building experience and skill within the industry. First by getting a degree in engineering, then by spending a couple years inside the industry he eventually created a company from.

Reason Two: Freelancing Can Allow You to Survive

When Steve Pavlina started his first company, he wasn’t able to make a go of it full-time—in the beginning at least. So he worked contract jobs to help fund his venture in the meantime.

Doing temporary work while you fight the learning curve in a business isn’t uncommon. I’ve done it and many (if not most) of my entrepreneurial friends have done it at some point. Consulting, freelancing and contract work can be essential to smooth your irregular income out.

Not all businesses are immediate successes, but if you have a valuable skill that can pay some of the bills, you can avoid becoming a starving entrepreneur. School can give you those first skills to make it possible to eventually start a business.

Reason Three: Who Will Build Your Prototype?

If you want a business, you first need something to sell. Which means you need to make it or deliver it as a service. Of course, you can hire people to do that, but that gets expensive, which fledgling entrepreneurs can have a hard time affording.

If you look at all the business triumphs I mentioned earlier, Gates, Jobs or Brin, they all had technical skill to create the first steps of their product.

Now, of course, you could skip school and teach yourself these things. But there are subjects, that are difficult to teach yourself. By enrolling in school, you can be trained in the underlying skill that can not only allow you to create your business, but as I mentioned earlier, smooth your transition to entrepreneurship by taking on temporary work.

There’s a category of would-be entrepreneurs I’d describe as lone wolves. They are highly intelligent, maybe have slightly less than average social skills and their primary reason for starting a business is so they can be independent.

For those people (and I’d say that, in the past, I’ve definitely been one of them) going to school allows them to meet people more easily. Over the last four years, I’ve met hundreds of people and made dozens of valuable contacts that would have been more difficult to come across had I not gone to school.

Being a lone wolf will almost certainly kill your business. Having contacts who can share experience, advice and opportunities is essential for surviving in an environment where the rules of success haven’t been written down anywhere.

Going to school can’t make up for an unwillingness to hustle and meet people. But it can provide a starting point.

“…the conventional wisdom about big accomplishment, which says getting started is the key to success, might be dead wrong.”

There is some truth to the popular maxim to “just do it”. Because fear, procrastination and lack of inertia often make that first step the hardest.

But while there is some psychological truth, it can be overextended. Specifically, if in your haste to start a business, you pass up excellent opportunities that can form the foundational skills which are invaluable down the road.

My solution was to do both. Run a business on the side, while attending university. I was able to do that in part because of the productivity and learning tactics I teach here.

I worry for the people that find it difficult to do both, the conventional wisdom to “just do it” is pushing them to pursue lousy opportunities because they feel it’s procrastinating to build up skill in an area while you wait for a better one.

I don’t think there are any universal approaches that will work for everyone. If you do plan on becoming an entrepreneur, there are probably many of you who would do better without school. Douglass and Casnocha are examples of people who have skill, hustle and talent, and even if school may have benefited them, they can probably do very well even without it.

For the rest of us, school can be a foundation. It can increase your skills and opportunities, making entrepreneurial success more likely when you’ve finished.