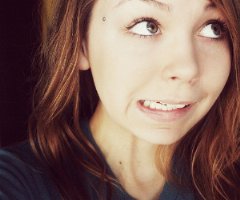 Everyone likes talking about secrets. The “secrets” of productivity. The “hacks” to accomplish more.

What about the really obvious things?

In my opinion “hacks” and “secrets” account for only a small proportion of your ability to accomplish more. It’s the really obvious things that account for most of it.

Unfortunately, obvious solutions are ignored by most writers. Typically for two reasons:

So what are the “obvious” ways to be more productive?

#1 – Be Single and Childless

It’s easier to work heavily when you’re not responsible for anyone but yourself.

This isn’t an argument not to get married or have kids. There are things in life far more important than the number of hours you can put into your career. For many people this will be a wonderful tradeoff. Just accept it is a tradeoff.

If you accept this, it means that your single and childless years are probably a better-than-average time for starting something remarkable (that requires a lot of work).

Procrastination is life’s way of telling you that you hate your work.

The best way to be more productive isn’t to have more lists, action items and goals. It’s to love what you do. Sorry for all the people in shit jobs, but it’s true.

Forget life balance. The world’s most accomplished superstars are almost always obsessed to an extreme degree. Way beyond what is healthy or normal.

Does this mean life balance isn’t valuable? Of course not.

#4 – Be Immune to Rejection

I’m sure you’ve all heard the folk tale about the entrepreneur who pitched his idea 1000 times, only to get the door slammed on his face each time. Then on the 1001st time, he sells it and becomes a millionaire.

The sad fact is, most people wouldn’t get past 10 or 12, never mind 1000. Really accomplished people have an almost masochistic immunity to rejection. It’s not that they have lots of willpower, just that getting rejected 1000 times doesn’t bother them.

Unfortunately, most of us sting when we get turned down, so the most we can hope for is aspiring to be the folk hero. Even if, in reality, we hate being rejected.

#5 – Have Your Project as a Full Time Job

If your side business is your full-time job, productivity is easy. Because you have nothing else you need to do all day.

As I’ve written about before, that isn’t a reality for most new entrepreneurs. I run this business in addition to full-time studies. Most other successful people started in their spare time. But, out of necessity, not because having a full-time job doesn’t drain you.

There’s a myth flying around that says rockstar, adventure-having, travel-happy people are also getting the most work done. I think this is ridiculous.

The people who get the most work done, spend most their time working. Not base jumping and wandering the world as a vagabond.

Of course, because these people are usually passionately obsessed, they don’t see their work as boring. They probably can’t imagine doing anything else.

This doesn’t mean you shouldn’t travel, have adventures or be interesting. As with all these points, just realize you’re making a deliberate tradeoff when designing your life.

#7 – Know People and Be an Extrovert

Inward focused loners don’t do well. Not because they lack intelligence, talent or even a fierce work ethic. But simply because the world rewards people who are well connected.

Introverts, like myself, often want to make comparisons between the stupid jocks and intelligent nerds. We like to point out how rich and famous Bill Gates is and focus on the minimum wage jobs our now beer-bellied, former high-school rivals now have.

But for every ten smart nerds and dumb cool kids, there is one person who is smart, extroverted and likable. That person is your real competitor.

(Oh, and Bill Gates made heavy use of his personal network when building Microsoft)

If you can’t read, write and speak correctly in the language of your field, productivity hacks don’t matter.

I feel sorry for many freelancers trying to compete in an international design or programming marketplace. They will often be passed up for less talented, more expensive designers who can speak the language fluently. It’s unfair, but communication trumps talent in many cases.

For the current moment, English is the dominant language in business. That may change in the next 50 years, so native English speakers shouldn’t anticipate linguistic dominance forever.

As someone who is currently learning a second language, I can say this equally applies for accomplishing anything in a non-English speaking country or field.

This point is a bit of a double kick to the groin for people who have low self-esteem.

Unfortunately, it’s true. If you feel good about yourself and the work you do, its easier to get more done without the agonizing doubt and tortuous procrastination.

I don’t think self-esteem can be faked, the way some people would like it to be. Nor can it be given by friends and family “supporting” whatever your doing. It’s something internal that comes with experience.

The real question is: if you don’t feel good about yourself or the work you do, why is that? And what are you going to do to change it?

I think the vision some of us have of alcoholic, suicidally depressed people who achieve extreme success is limited to artists, writers and maybe some politicians. For most of us, we’ll get a lot more done when we’re happy.

This last point is the exception to all the rules above. If something makes you unhappy, it will also probably make you unproductive. Design a life that makes you happiest, and not just one that cranks out the accomplishments.