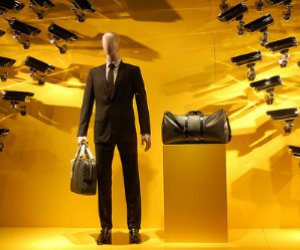 We’re richer, but we aren’t happier. At least, that’s what the research tells us.

In The Progress Paradox, Gregg Easterbrook argues that, in some respects, happiness has actually fallen slightly in the last few decades. This is despite the fact that material conditions have improved significantly during the same time.

To many people, this finding is confounding. If we’ve already exceeded the amount of money needed to “buy” happiness, why do we still want more? Why do so many middle-class westerners feel poor, even though (in historical terms) they are incredibly wealthy?

To me, the answer seems obvious. Because, beyond our minimum material conditions for survival, people don’t really want money as a means to buy more stuff.

Instead, most accumulate extra wealth because it buys them status. And, unfortunately, status is a zero-sum game, which means that as the wealth of a society increases, the net gains on happiness are zilch.

Sure, people want things, but unfulfilled wants aren’t really a detriment to overall happiness. I’d like to be able to fly, ride a dragon and have a pet unicorn, but not being able to fulfill those fleeting desires doesn’t make me feel bad. The mental space for wants is infinite, so to an extent, we already accept it will never be filled.

Also, some blame could rest on advertisement saturation. Being constantly reminded of the luxuries we can’t afford could upset us. But, I think this effect is minimal.

When I see something outside the reach of my current income level, I’m not yearning to own it. It’s only the things that I have a realistic chance of purchasing soon that draw me. It’s like the pet-unicorn, nice to have, but which of us can really afford a private jet, anytime soon?

The real reason, I believe, most wealth is acquired is to gain status. You want to spend money, not just to obtain the material objects, but to signal to everyone else that you have the power to obtain them.

The desire to own doesn’t come just from intrinsic wants, but from what our friends want, and what society tells us we “should” have.

People tend to ignore the status benefits of wealth. Most obviously because seeking status is a low-status behavior. Anyone seen grubbing for fame or new toys to impress their friends becomes less impressive.

As a result, I believe many people delude themselves that they want material possessions for intrinsic reasons. This is an unconscious effort to seek material wealth for purely status-related motives, and at the same time, not appear interested in grubbing for status.

The Onion did a perfect satire of this conflict. The professionals seeking technology blatantly for status is funny to us precisely because status-seeking is distasteful, and nakedly displaying it undermines the very goal it attempts to fulfill.

People say a price bottle of wine has a more sophisticated taste than the cheap stuff. They argue that a diamond ring has beauty and that the huge television set is necessary for their enjoyment of a sitcom.

Maybe those things are true, I don’t know. But maybe, they are at least partly masks for our deeply buried greed for status, that if exposed nakedly, would defeat itself.

Should We Just Admit We Want Status, or Forego it Completely?

There is a fundamental conflict here:

Some people would argue that the solution is to wipe yourself free of the need to obtain status. That this greed for respect, adulation and recognition is unnecessary. We should become like Howard Roark, and face public humiliation to pursue a deeper meaning. Or become like Tyler Durden and hit rock-bottom to free ourselves of society’s glare.

Frankly, I think this is just the original problem rearing its ugly head again. In this case, however, the second urge is simply overwhelming the first. Your intrinsic distaste of status-seeking behavior is overwhelming your also strong urge to seek status.

Another solution is to accept that people want status, and to pursue it zealously. Work night and day to build a billion dollar company, network with celebrities, do everything you can to earn fame and praise. Of course, you could lie about these motives when asked, but still pursue them secretly.

One other solution seems to be the one most people pursue: search for status doggedly, but carefully delude yourself that every action you take for status, is actually pursued for other, nobler reasons.

Either you dismiss your urge for status, dismiss the distaste for status-seeking, or engage in a complicated act of self-delusion. None of these choices seem very appealing to me.

I don’t know if I have one.

Maybe the reason that so many people pursue the delusional approach is that it is the most effective, or at least the easiest, resolution to the inner conflict.

Perhaps the resolution to the conflict lies in accepting our need for status like all our other needs, hunger, sex or affection. Accepting that status, however distasteful we find the pursuit of it, is a part of our life.

We don’t have to concede that status is necessary for a happy life. People are happily celibate even though I’d argue sex is also a fundamental drive. But, we should at least concede that the drive exists, and fulfilling it isn’t bad so long as it doesn’t overwhelm our personality.

We should also accept that directly seeking status is unsatisfying in the least, or even disgusting in the extremes. As a result, we should balance our strategy of life so that our pursuit of status mostly coincides with our other, nobler needs.

I’ll be honest, this answer really isn’t complete. I think the status problem is a difficult one because the dual drives of status-acquisition and distaste of status-acquiring behavior makes it hard to easily reconcile them without some form of cognitive dissonance.

What are your thoughts? Please share them in the comments!