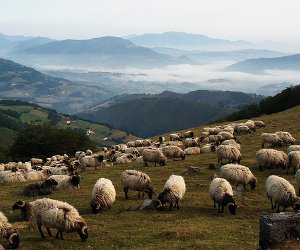 “They say that for every open audition for a role, there are 500 applicants. But that isn’t too important, so long as you remember 490 of those applicants are idiots.”

This was an example given to me by Cal Newport (although the origin is lost). The numbers aren’t real, but I think the message is accurate. When we compare ourselves against the average, we forget an important fact:

Yes, there are exceptions (and I’ll get to them), but for many areas of life it isn’t too difficult to rise above the average. This was my startling discovery several years ago that led me to write for this blog.

What’s the Chance of Earning Your Black-Belt in Karate?

To me, questions like these are stupid to ask. Because the probability of success is tied tightly to the amount of commitment and motivation you have prior to making the attempt.

Arguments like, “97% of people who attend karate class fail to receive their black-belt,” as a justification for why you are likely to fail don’t make sense. Of the 97% of failures, how many weren’t really committed to investing the time to finish? How many people sign up for a month and drop out?

This might be obvious for a skill like karate, but how often do you here the statement that, “80% of new businesses fail”?

The same logic applies. Knowing an 80% failure rate is meaningless if it includes all the people who didn’t have the same level of commitment as you. Additionally, a person could go through more than one “failed” business before building a successful enterprise.

Benchmark Yourself by Level of Commitment

Using crowd statistics as your benchmark for success is lousy because it ignores your internal level of commitment. I believe that, in most cases, putting a minimal level of effort tends to put you above that average in terms of commitment. For some people, they will be way above the average.

A better way to estimate your odds of success are by comparing yourself against a group with a similar commitment level. This is difficult to do, since this information doesn’t come trickled down through trite statistics.

However, if I were taking on a new pursuit, I would ask myself how committed I am to pursuing it. How long would I be willing to sweat it out before giving up?

Then all I need to do is get a reasonable estimate of the rate of success for people at that level of commitment.

A simple example might be starting a new online business. Assuming your burn rate is low and you can work on it part-time, then the business could feasibly operate for as long as you have patience. In this case, just ask yourself how much patience you have.

If you’d be willing to sweat it out for 2 months, you would probably find the failure rate is pretty high. But if you changed that to 5 years, the odds of eventually figuring it out and earning a full-time income are more in your favor.

*Any* Strategy is Better Than the Typical Strategy

Because the typical strategy is usually no strategy at all. If you have gone to the effort of creating an action plan and you have at least a minimum level of patience to stick with it, you’re already doing far better than most.

I hate that the bar is set so low. But I hate even more that people discount themselves for future success because they don’t realize how low the bar actually sits.

Most of the tactics I advocate (30DTs, weekly/daily goals, holistic learning) aren’t necessarily the best strategies. But they are strategies, and if they motivate you to get started, then they will probably help you do more than most people.

Don’t spend all your time looking for the “best” idea, when almost any idea you can commit to will be a lot better than average.

The Crowd is Us

It’s just that, most of our energy goes in mindlessly maintaining the status quo. Deliberateness in creating a plan and commitment is a rare quality that most people exert infrequently, and even the best of us can only exert sporadically. But when you do, the crowd is fairly easy to beat.