Whenever the subject of why some people learn faster comes up, I get a whole host of common answers:

There may be some truth to these claims. But, I don’t believe that means that average learners are doomed to mediocrity. I’ve met and heard of many people who went from middle to spectacular students after changing their learning habits and finding motivation.

Considering the upcoming launch of my rapid learning program, I wanted to share my favorite tactics to learn faster, retain information better or just enjoy the process of learning more: 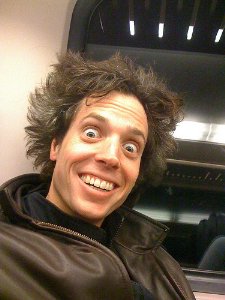 The systems I’ve seen typically work with a special cheat sheet. This is a list of the digits 0-9 which each correspond to the sound of a consonant. All you need to do is memorize the corresponding consonant and digit match (e.g. 0 = t, 1 = s, 2 = k, 3 = r, etc.)

From there, you can translate any series of numbers into a series of letters. Now all you need to do is make groups of letters into nouns by adding vowels between the consonants. So 201 becomes, k-t-s, which can become “kites”, for example.

Then, once you have your string of nouns, you just need to create a story that combines each of the nouns in a sequence. To translate them back you only need to remember the story and decompose the objects back into their original digits.

#2 – Metaphor (Juliet is the sun… or is she a chemical formula?)

Here’s a quick way to separate the rapid learners from the average learners. Ask them to give you an analogy for whatever they are learning. The rapid learners probably have already thought of at least one analogy, application or metaphor. Slower learners usually are baffled by the question.

Linking ideas allows you to retain them longer and understand them better. Shakespeare isn’t the only one who should be making connections between ideas.

Benny Lewis became fluent in eight languages in under a decade. More, his current goal is to become fluent in a new language in under 3 months. When I asked him how he achieved this his answer was straightforward: “I stop speaking English. I do everything in the language I want to learn.”

When you’re totally immersed in a subject (or language), even if you’re lost, you’ll learn far faster than everyone who just dabbles.

When we were kids, we played with crayons and drew pictures of fantastic things that never existed outside our imagination. What happened?

Now most of us feel embarrassed if we try to imagine anything exciting or creative with what we learn. This is, I believe, a key reason many people struggle scholastically. They try to memorize exactly the way they were taught, instead of visualizing the material in an inventive way.

When I recently had to write a test on international labor law, a key topic was the International Labor Organization. Rather than memorize facts, I drew a picture of a creature which had three heads for each of the sections of the ILO, one with 4 mouths for each of the different delegates. In all, I managed to incorporate a page of notes into one picture.

Learning only needs to be boring because you make it that way.

For a simple list like Milk -> Honey -> Apples, you would need to form a link between milk and honey, which you could imagine a giant cow that had bees which came from its udders instead of milk. For the honey and apples, you could imagine an giant apple beehive swarming with tiny apple seeds.

Most rapid learners know how to simplify an explanation. Obviously, actually explaining your masters thesis to a first grader might be impossible. But the goal is to reduce the complexity, by explaining, breaking down and using analogies, so that someone far below your current academic level could understand it.

If you can teach an idea, you can learn that idea.

Cal Newport, wrote about the importance of context when studying. If you lock yourself away in a library to get work done, no wonder you’re going to hate it. If the ambiance is appealing, it can push you to get working.

He suggests even going to a quiet bar with your reading material and ordering a beer.How’s that for a more inviting study setting?

#8 – Diagrams (Who said doodling in class was wrong?)

It turns out doodlers perform better in mental retention tests than non-doodlers. I would add even that if the drawings you create in a class are related to the course material, you would probably learn even better.

If you want to speed read, the basics are:

As a quick side-note, Learning on Steroids now has close to 900 people on the pre-launch list. Despite this, I only have room for 100 people when we go live in January. If you want a chance to get in on the program, you better put your name in now.