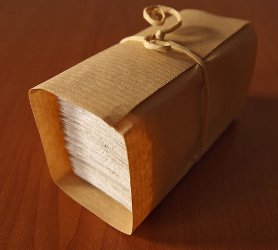 A big learning point for me over the last few months has been rejecting the common online wisdom of “passive” income. “You want to earn money while you sleep,” goes the rhetoric, “if you need to be there to earn a dollar, that work can’t scale!”

Lack of Scale is a Good Problem to Have

If your #1 problem when running a small business or doing freelance work is that your time doesn’t scale, you are probably doing very well.

Think about it. If you’re active complaint is scale, that means (usually) two things:

If these two things aren’t the case, scale shouldn’t be your #1 priority. Figure out how to earn a decent business or freelancing income before worrying about how to make it more passive.

Don’t Focus on Scale Too Early

I think a big mistake I made in the earlier running of this blog was to fall for the passive income rhetoric.

I was hesitant to let people know I responded to emails because, hey, that activity won’t scale and it will eventually reach a point where I can’t handle the volume. The thing I forgot was the word “eventually” and that, in the meantime, my ability to interact with people and respond to every email was a personal strength.

I ignored business opportunities that might not scale perfectly. Earlier, I rejected ideas of membership-based programs that involved coaching from my part because, in theory, I could only serve a certain number of people. So, instead I focused strictly on ebooks or other goods that could scale from zero to infinity.

The thing I forgot was that if you spend a month writing an ebook and only sell 30 copies, that still isn’t a lot of value for your work. Doing that same work for 100 people, even if it can’t scale to 1 million, can be more profitable and personally rewarding.

To borrow a line of reasoning from Chris Andersons’s excellent book, Free, the online world doesn’t like paying for things with perfect scale. When you do, there are forces which work against you.

So, when you decide to create an ebook, you have a product that can scale perfectly. You also have something which can be pirated easily. I once found a torrent of one of my ebooks with nearly 10,000 downloads and several highly positive reviews. Um… thanks?

With unscalable products you also have to face a higher level competition. Maybe this isn’t so much a problem in the blogosphere, but if you were starting a web 2.0 service, it might be. How can you make an excellent service that people will pay for, when Google is giving it away for free?

It’s not impossible, and I know many people who have succeeded with purely passive income business models. But I feel, for new entrepreneurs or freelancers, scale shouldn’t be a priority. Worrying about scale comes when you’re sold-out and making bank.

How Rejecting Scale Helped My Business

It turns out, as much as the impersonal forces of the online world hate scale, they love its opposite. They love things that can’t scale.

I mentioned yesterday I sold out enrollment in a rapid learning program I was offering in 36 minutes. There were probably many reasons for this. But, I feel a big one was that I was only offering 100 spots. The program lacked theoretical scalability because I was offering feedback and coaching as part of the package.

Just as you value a handwritten thank-you card more than an automatic email, value is tied (in part) to perceptions of marginal cost.

While it may have lacked scale, in theory, in practice that means potentially adding an important revenue source to my business which will help it survive as a full-time income source. And I’d rather have full-time income with imperfect scaling, doing what I love, than a perfectly scalable business and still need a job.