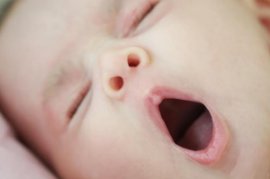 I’m a fan of early-rising as a productivity tool. I would argue that most people have the strongest motivation to work in the morning or afternoon hours, so waking up earlier means you can gain productive time.

There is also something psychological about waking up early. When you successfully achieve the goal of getting out of bed early, that gives you some momentum for all the other things you need to do in a day.

However, I think there is an important exception to this mantra of early rising. That is that sleep is more important than waking up early. Early rising only works if you are able to go to bed earlier, I believe getting your full sleep for a night trumps any early-rising considerations.

A few years ago, I wrote a few articles on waking up early and the benefits to productivity. At the time of those articles, I was rising pretty consistently at 5:30 or 6:00am. I have even gone for thirty-day stretches waking up early every single day, even on weekends.

The reason for my switch isn’t out of laziness. Although I have had stumbles with habits before, they are usually pretty easy to fix. The switch is because I’ve found the early-rising habit isn’t ideal, at least when practiced on a consistent basis, in my life anymore.

Early Rising is Great, Having Enough Sleep is Better

Early rising is a great habit, provided your evenings are relatively quiet. When my life revolves around work or studies, going to bed earlier to compensate for early rising is a decent trade off. However, if I’m traveling, socializing or partying, it’s almost impossible to keep it up.

Getting enough sleep for me means at least 8 hours. I’m not someone who can get by for more than a few days on 4 hours per night of sleep. I can’t even get by with six hours.

I think my abandonment of the consistent early-rising schedule is a by-product of my life getting more complex (and interesting). When my entire focus was self-development and work, it fit nicely. Now that my focus has shifted to social-development and more far-reaching goals, it comes up short.

Inconsistent Early Rising is the Alternative

My solution has been to become an inconsistent early riser. Which means that most of the time, when life keeps me up past 10-11pm, I’ll focus on getting as much of my 8 hours as I can.

However, when my focus needs to shift mostly to work, I can wake up early those days to get the productivity-enabling benefits.

This week, for example, I had several group assignments, 7.5 hours at school each day, a new product launch, blog writing and errands with the French bureaucracy to complete my visa work. Waking up early yesterday and today have helped me chew away at my weekly goals list fast enough that I should still be able to relax on the weekend.

The disadvantage of inconsistency is it requires more discipline to get up early. When I had trained myself to wake up at 5:30 without fail, I never pressed the snooze button. I always awoke on the first ring. Today, however I hit it once or twice before finally getting up.

I think if I were to go back to a mostly-work focus for a longer period of time, such as a month or two, I might try the early-riser schedule again. But, for now, getting enough sleep wins out as the best way to stay healthy and sane.