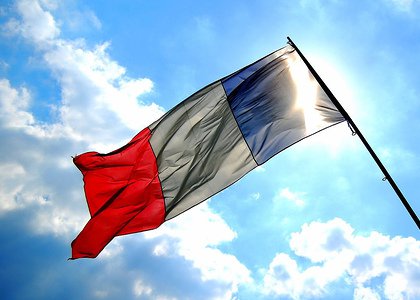 It has been just over seven months that I’ve been living in the south of France. My major goal here has been to learn to speak French.

I’m far from an expert on learning foreign languages. In North America, speaking a second language earns you a badge of praise. In Europe, being able to speak four or five rarely warrants a second glance.

However, since I’ve started learning, I’ve reached many of my milestones. I’ve finished reading a novel. I can carry an extended conversation and listen to the radio. I’ve even had a few dates completely en français.

I still have a few milestones I’d like to conquer. Feeling comfortable watching movies in French without subtitles. Easily entering into group conversations. Understanding French comedy (admittedly, some goals are harder than others). 😉

My Strategy for Language Learning

Whenever I approach a goal in an unfamiliar territory, one of my first objectives is to get a strategy to start with. Find other people who are successful, figure out what they do and then adopt their method. You’ll still make mistakes and need adjustments, but it saves a ton of time on trial and error.

The two major influences on my strategy for language learning have been Steve Kaufmann, a fellow Canadian and speaker of 11 languages, and Benny Lewis, an adventurous polyglot who I had the opportunity to meet in Paris.

(My hybrid is a bit interesting because Kaufmann and Lewis disagree fiercely on some important points, and have even had some back-and-forth arguments about what is the “best” way)

The strategy I’ve used to learn has rested on two major points:

So that means I try my best to take up any opportunity to speak French. At parties, I try to find French people to speak with. If someone speaks both French and English, I do my best to keep the conversation in French.

That said, I’ve found it difficult to maintain French exclusively. I don’t lean quite as far as Benny in switching entirely to the foreign language, and many aspects of my life are not immersed.

Because I’m not in 100% immersion, I’ve tried to expose myself to a lot of input. I’ve run a few trials incorporating reading and listening to radio podcasts. Understanding is definitely not the same as being able to speak, so I think I lean more with Benny when it comes to the necessity of having frequent conversations in the foreign language.

Input has still been an important learning method for me, since it allows for a more relaxed environment. When trying to negotiate the appointment date for my visa application or chatting with a girl at a party, my goal isn’t usually to have a French lesson.

I haven’t perfected my method, but I’m confident if I were to live in another country with similar circumstances, I could learn to speak comfortably after about 6 months.

Continuing with the Language After I Leave

I still have four months of intensive French to practice (and hopefully check off one or two of my remaining milestones). However, now I’m shifting away from thinking about how to learn the language to how can I keep the language once I leave.

Being Canadian certainly helps, as French is undoubtedly the second most useful language to have in Canada. However, considering I got away with twenty years of not speaking French back home, I’ll need to take extra steps to ensure the language doesn’t stay behind in France.

Reading French literature is one way I’d like to continue the habit. Novels like The Count of Monte Cristo, The Three Musketeers, 20,000 Leagues Under the Sea, and The Stranger are better read in their original language, so I have an incentive for continuing my French.

Following more French Canadian television and radio will be another goal. Those aspects of Canadian life were largely background noise, considering I didn’t understand the language. Now, I’m listening to a business radio podcast from Quebec which I enjoy very much.

One unexpected benefit of learning French is how much it has taught me about the way I speak English. Nothing shines a light on how we speak like going back to the beginning and starting over again.

I’ve also come to enjoy speaking French–a lot. Initially I found it difficult and embarrassing, but now I actually enjoy being able to speak in French. Even if I’m still nowhere near as articulate in French as I am in English, I enjoy finding new words, adding the glottal r’s and trying to translate a piece of text.

To all the multi-linguists (and soon-to-be language learners) what has language learning taught you about life? Please add your thoughts in the comments!