I just got back from a two week trip to Beijing. Well actually I got back yesterday, but it’s 3:36am now and my body has decided sleep is over so I thought I might as well write.

My first trip to China was almost three years ago. In addition to being the third stop in Vat and my language learning project, it was also my favorite place on the trip. I, like a lot of other Westerners, had a somewhat negative perception of China beforehand and ended up falling in love with the country afterward.

Chinese was also the language I had the most interest in improving after our trip was done. I think I enjoyed Spanish equally, but felt more satisfied with what we had accomplished after three months. With Mandarin, I pushed myself to my mental limit over three months and still left feeling like there was a lot further I wanted to go.

I had two major reasons for going to Beijing. First, after continuing to casually work on my Chinese, I really wanted to see whether I would notice a difference when I went back. Would it feel easier, or would it still retain the devilishly frustrating ups and downs I remembered?

Second, China is actually the only place where I’m actually a published author. After the MIT Challenge, a few Chinese bloggers caught wind of the project and a Chinese press wanted to translate and publish paperback editions of my book, Learn More, Study Less. The book has sold fairly well in China. Strangely, it’s true now that most of the people who have read my work haven’t read it in English.

Beijing was therefore an opportunity to meet my publishers face-to-face and do some events for the Chinese readers. 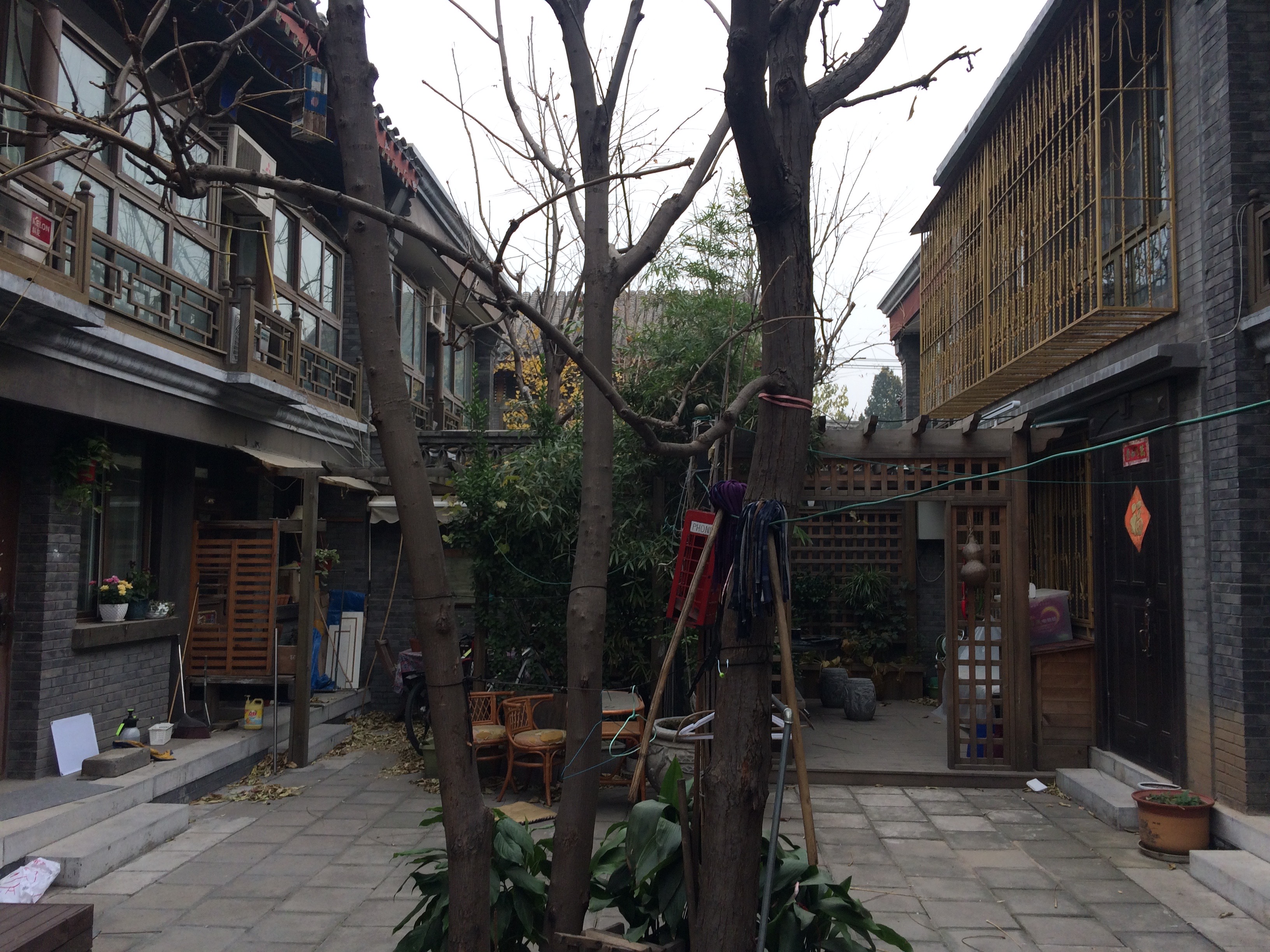 The biggest contrast I felt was between arriving in China my first and second times. My first time I had only done some minimal preparation, and communicating on the street was brutal. For the first month or two, learning Chinese was two steps forward, one step back. You’d learn how to say something but then find out that locals only understood you perhaps half of the time.

This time in China was completely different. People more or less understood what I was saying—the first time. This was something Vat and I took for granted in Spain, but it was nice to really feel that ability in Chinese.

The first day or two—getting checked in, fixing internet problems, buying a SIM card and sightseeing all went fairly smoothly. Being able to just ask someone where something is or how to do something, understand their response and have a dialog if there is any confusions really makes a big difference.

The test of my Chinese got taken up a notch when I met my publisher for the first time. For the last three years, I’ve used English to communicate with them exclusively via email. However, when we finally met we ended up switching pretty immediately to almost entirely Chinese.

Doing a business meeting with a dozen people in Mandarin would have definitely been outside my ability at the end of my first trip in China, so this was the first real evidence that I had gotten better after getting home.

It turned out that my test wasn’t over however. My publisher had ambitiously prepared media interviews, a live presentation with audience Q&A and two separate one-hour online lectures (including one with over 40,000 live attendees), and decided it was best if I also did these in Mandarin.

These activities were definitely closer to the limits of my ability. Giving a live, spontaneous presentation with Q&A in English can be tricky, so I definitely felt the strain in Chinese. Still, for the first time I saw the path forward to a more complete fluency in Chinese that for most of my learning experience was just an abstract notion that I knew must exist, but had no concrete sense of how I would ever possibly get there. 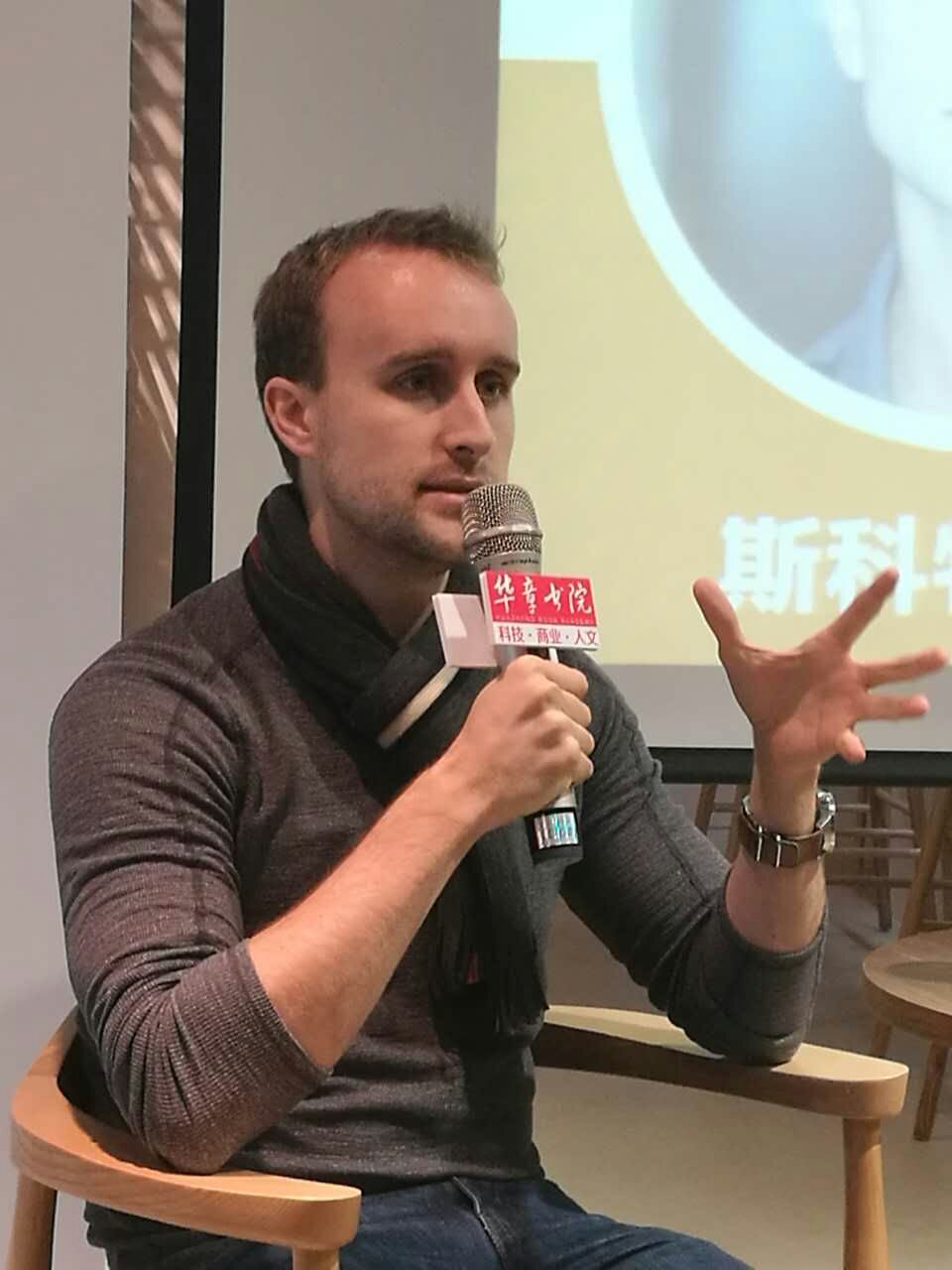 My first time in the capital, Beijing was quite different from both Kunming and Shanghai, the other two Chinese cities I’ve been to.

The first and most unfortunate aspect you discover on Beijing is the air pollution. The smog was quite bad during my two weeks there. For a short trip, the air quality is a minor nuisance. But I can’t imagine living every day having to breathe the air there and the effect it would have on your body.

On the plus side, while Beijing is a big megacity like Shanghai, it felt much more interesting as a tourist. I was lucky enough to stay in an AirBnB of a traditional Chinese courtyard house in one of the historic hutongs. My trip was also packed with sightseeing, filling almost every spare moment with something new to see or do.

For activities, I also got my first taste of Peking Opera. Surprisingly cheap (seats were as cheap as $4 for a 3-hour show) there were three separate performances. The first was in classical Chinese and essentially incomprehensible. The second felt more western, with comedic overtones and comprehensibly modern Mandarin. The finale was mostly acrobatics and martial arts.

Above all, Beijing is a city to eat. Chinese food, unfortunately, has a lower quality reputation in the West. However, good Chinese cuisine is on the same level as the finest French food, and the Chinese treat it accordingly.

China has an impressive foodie culture. When you ask what someone likes to do in their spare time, the #1 response I got was, “I like to eat.”

The biggest disadvantage tourists have is that good Chinese food needs several people to eat it. Going alone to restaurants really limits what you can enjoy. Therefore, I was lucky I got to go to many different restaurants with my readers, publishers and friends, sampling Beijing, Yunnan, Hunan, Sichuan, Hubei, Cantonese, Buddhist Vegetarian and Shanghai delicacies.

Street food is also great in China. My first time in a Northern city, it was also my first time eating jianbing, a kind of Chinese crepe. Great to eat on the go when planning a day of sight-seeing. Candied hawthornes on a stick are ubiquitous, and are much better than candied apples in the West.

Overall Beijing is a place I enjoyed a lot, but it’s not without it’s difficulties. On top of air pollution, traffic is an absolute nightmare, so you’re almost always better off taking the subway than trying to get around in a cab. If you like places bursting with culture and sights, and don’t mind a few rough edges, China is a great place to travel to. 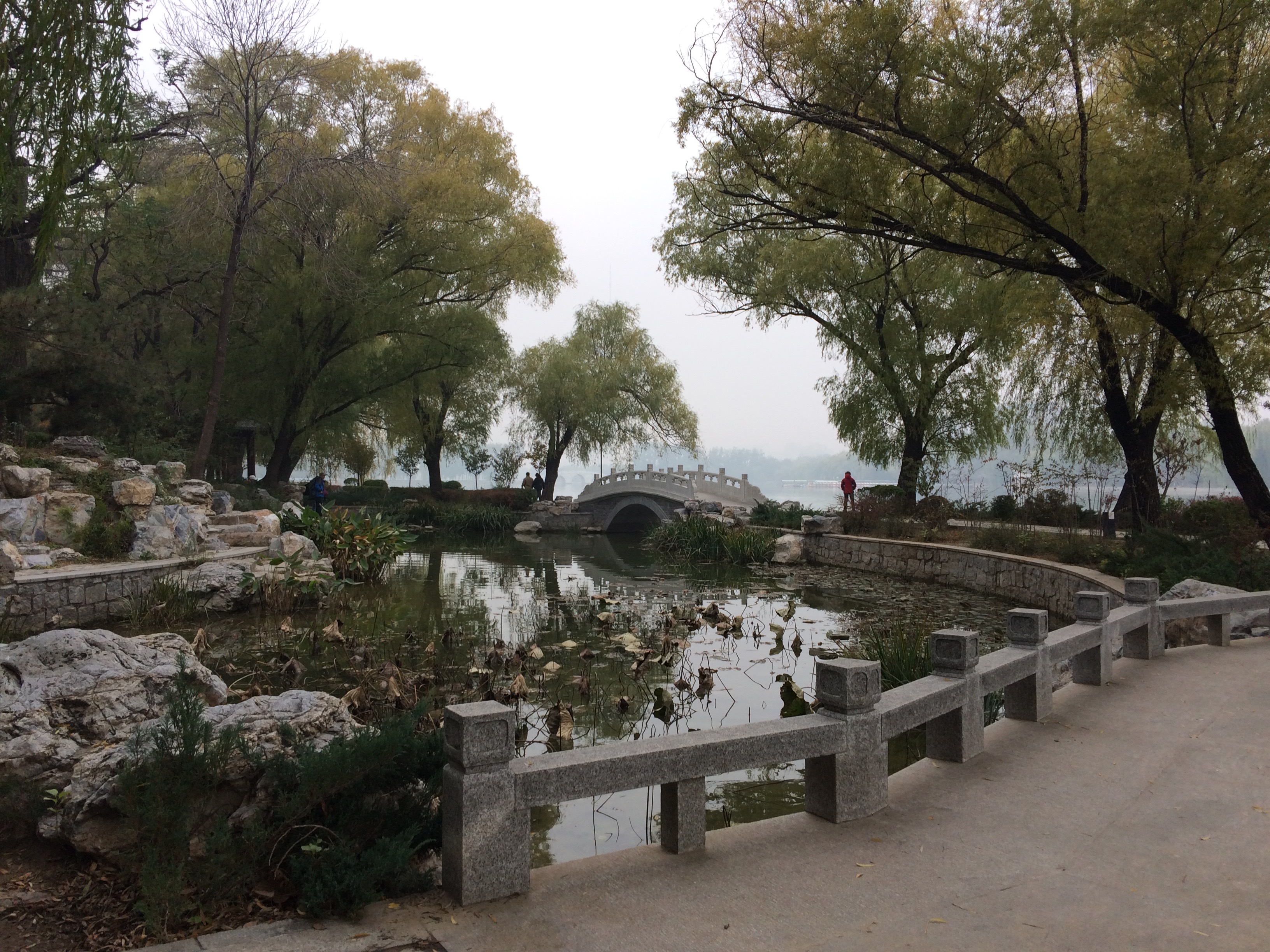 Thoughts on Business in China

The unexpected twist of this trip was how many business meetings I ended up having. A large part of that is due to the sales of my book, and that I was in Beijing, the hub of publishing and entrepreneurship in China.

One of my live online talks, which had over 40,000 attendees, was actually a paid talk. With listeners paying about $0.50 to listen in. Although I didn’t see any of the proceeds from that, it was nonetheless interesting on two fronts. First, that my audience in China is large enough to get 40,000 people to listen to a live talk (my biggest *free* webinars in English have only ever had about 1000 attendees). Second, that micropayments and other unusual pricing innovations are much more developed in China.

My leaving impression on being in China was on both the opportunity there, and also the difficulties. The opportunity is obvious. For whatever reason, my blog and content resonate well with Chinese readers.

The difficulties, however are there too. Although having learned Chinese lowers the barriers somewhat, doing business in China can be a frustrating process. Even getting the paperwork settled to run a course with Cal Newport that crossed the US/Canada border had months of calls with accountants and lawyers, so repeating that process with China would be an order of magnitude more involved.

Chinese business culture is also different than North American. Trust and relationships are paramount. I was lucky that my publishing contract is fairly straightforward. However if I wanted to expand my courses or online offerings to China, that would require a much more involved partner.

The difficulty with getting legal remedies in conflicts also makes doing business in China a challenge. Not to mention norms about communication and collaboration differ (did I mention I didn’t get paid for my talk?). While there’s plenty of unscrupulous businesspeople in the West, I feel like the challenge with China is also cultural—expectations are different so what might feel normal in one place is a violation in another.

I also get the impression that had I not spoken Chinese, my experience would have been very different. Translation is bad in China, and while educated people tend to have strong reading abilities in English, the comfort level with spoken English is low enough that it can present a significant communication barrier.

This trade-off point occurs fairly high though—I’m only now at a point where it makes sense to have business meetings in Chinese. So it would be incorrect to suggest learning a bit of Chinese is a good business investment. I think you need to learn a lot (including being able to read and write) for it to actually be more effective than using English.

I definitely left with the impression of wanting to do more in China, but of needing to go slow and do things the right way—through trusted contacts and building relationships. Actually, in this sense, it’s exactly like how I’ve run my business in Canada. 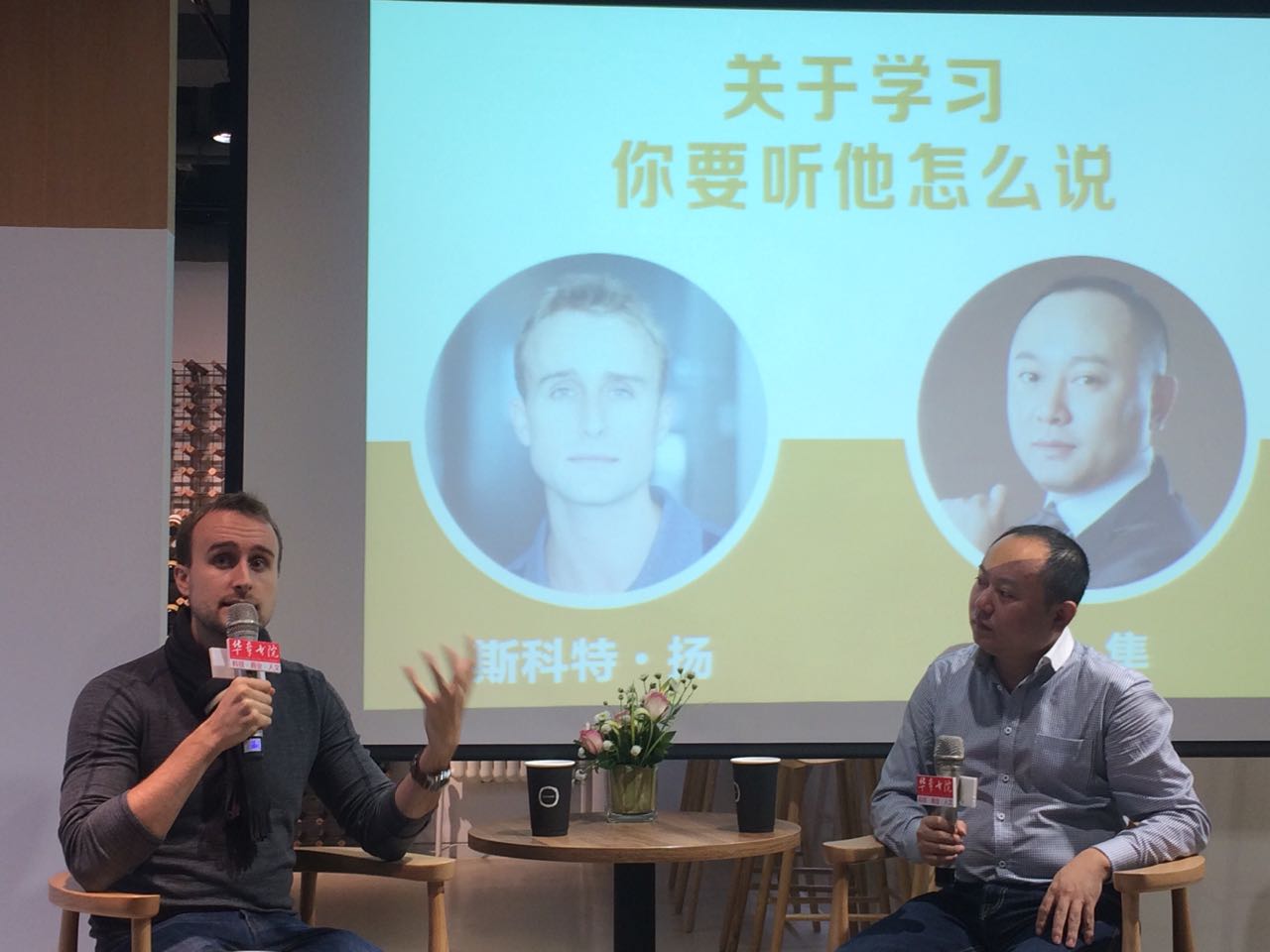 This post is already way too long, so if you’re one of the few patient readers who’ve made it this far, I thank you. But I thought I’d wrap up with some overall thoughts.

First, language learning has the potential to be a great investment. Vat and I often got strange looks when we told people our plan to learn languages by not speaking English. Why ruin a good trip with such an intense constraint, you might ask?

Well aside from the constraint making the trip instead of breaking it, I think the biggest reason is that languages are an investment. Not a great one if you plan to stay at home, but a potential one if you want to do more travel (or business) abroad. I’ve already been to four other Spanish-speaking countries. Knowing the language made travel vastly easier and more accessible.

This trip to China was my first time back, but it opened up in ways that wouldn’t have been possible as an English monolingual.

Second, China is a great place to travel to if you’re a bit more adventurous. It’s beautiful, historic and quite cheap. The language is the greatest barrier, but even when communication fails that can be part of the fun.

If you’re worried about smog or crowds, it’s important to note that most of China isn’t Beijing or Shanghai. I would put the diversity of China on par with the entirety of Europe, so it’s definitely not something you can say to have had experienced just by going to the capital.

Third, you never really know where learning new things will take you. I don’t really learn to maximize the economic benefits. I learn because the world is a curious place and I want to know more about it. But, the great thing about learning new things—be they languages, cultures, subjects or skills—is that they take you places you couldn’t have imagined beforehand. 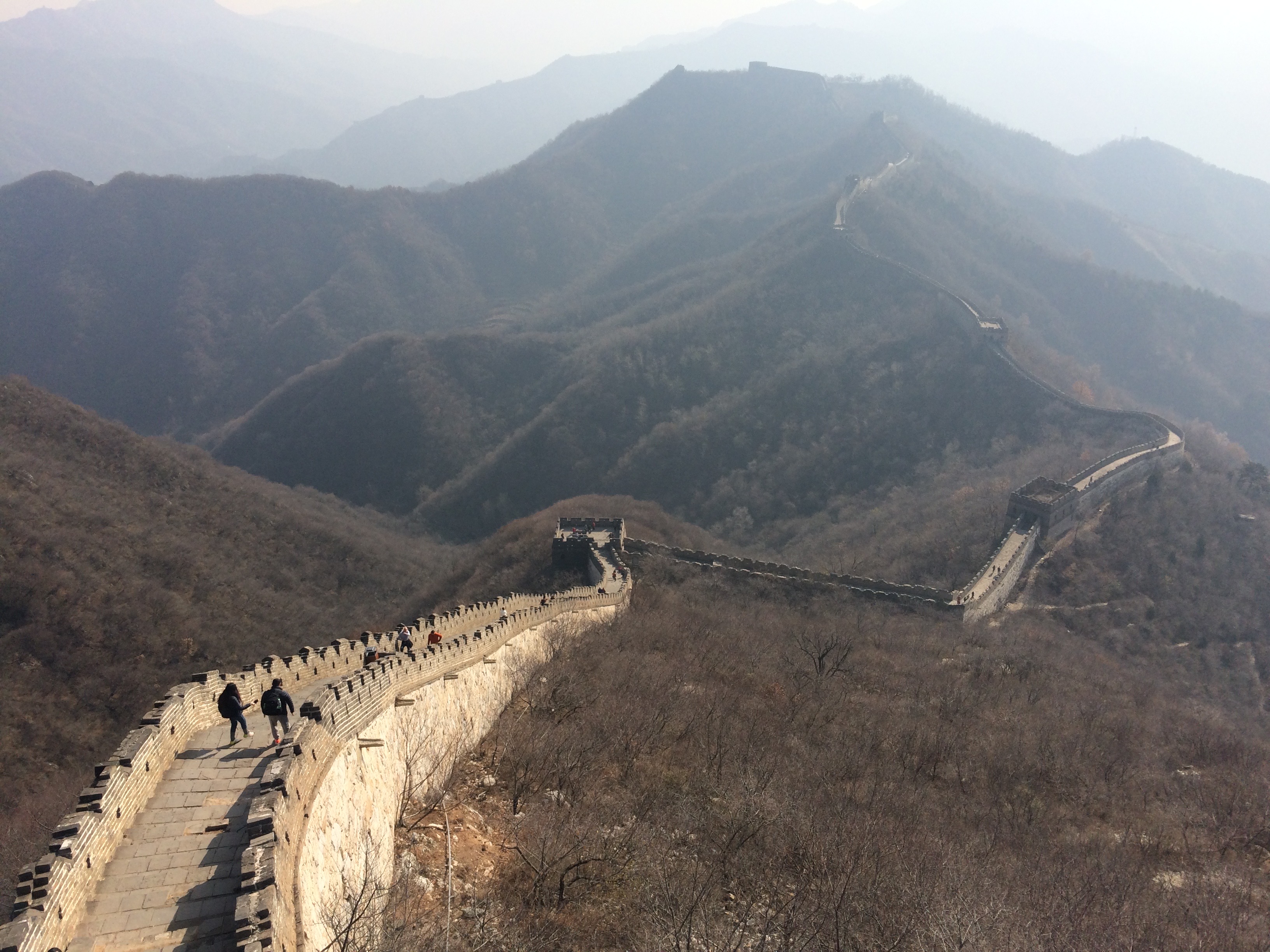