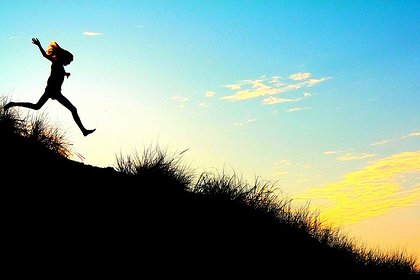 Normally, more intelligence is a good thing. Yes, we all know examples of the anxious overthinker or the scholastic introvert who can’t get a date. But, for the most part, being smarter helps in life.

However, I’ve noticed one problem that mostly strikes really smart people. The smarter you are, the more likely you are to suffer from this problem. Worse, this problem is often the very reason many smart people fail miserably at improving their lives.

Smart People Like Tricky Problems (Even if Most are Actually Simple)

The problem is that smart people like solving complicated problems. When faced with a problem that is difficult, but doesn’t have a complex answer, they invent complexity. Instead of focusing on the essentials and making progress, they become trapped in irrelevant details.

Take your health, for example. Health advice isn’t complicated. Michael Pollan summarized the some of the best nutritional advice I’ve ever read into only seven words: eat food, not too much, mostly plants

Why do Smart People Make Health Advice So Confusing?

Health advice is simple, but that doesn’t mean it’s easy. Eating less junk food, having a regular exercise routine, and eating the side of broccoli instead of that third cheeseburger. All of these things are well-known by almost every reasonably intelligent person, but it takes a lot of patience and effort to succeed.

But is this what most smart people do? No. Instead, they invent complexity, purposely making the task less simplistic, even when there is no good reason for the added confusion.

, about the abysmal state of nutritional information. He points out many of the reported claims of fish-oil and supplements are based on flawed research. In The China Study

Despite this, how often do you see someone arguing about Omega-3 or the immunological benefits of garlic, when they don’t exercise regularly? Or someone who argues whether anaerobic training is better than running, but they still have a cupboard full of junk food?

Is Money Really that Complicated?

The problem goes way deeper than nutrition. As Ramit writes about personal finance:

“Nothing is more infuriating than someone telling me I’m ‘throwing away money on rent’ when they haven’t spent even 2 hours running the numbers.

“Or someone who proudly proclaims that they found a higher interest rate on a new bank, which is giving them 2%!!! When you politely say, Wow! How much is that worth? they get very very quiet…because (1) they never thought about it, and (2) you know that an extra 1% is only worth $8/month for a $10,000 balance.”

Personal finance isn’t terribly complicated. Yes, there is the underlying complexity of portfolio theory, CAPM, arbitrage and a whole host of other formulas you’d need a PhD in physics to understand. Beneath that, though, for most individuals, personal finance breaks down to:

If you’re doing those two things, you’re probably well ahead of most people, and probably still ahead of the many “smart” people Ramit mentions who lecture you on the merits of home ownership and getting the extra tenth of a percent interest rate.

Is Learning a Foreign Language Complicated?

The same thing happens in language learning. I’ve heard from people that are quick to correct me on the nuances of a particular word in French. Even when these people don’t invest the time practicing to speak and reading frequently, so they can’t hold up a conversation.

Same thing happens in blogging. Nothing irritates me more than bloggers who debate about where to put their subscription button, but haven’t written regularly in the last three months. 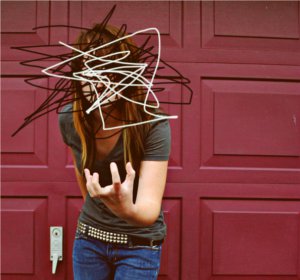 Complexophilia – Why You’re Life Can Be a Mess, Even if You’re Smart

Many smart people are raging complexophiles. They look for complexity, and when the correct answers are too simple, they invent more complicated versions of them.

There is a logic to it, and the mentality goes something like this:

Problem A is incredibly difficult (losing weight, starting a business or teaching yourself a foreign language).

At this point, the complexophile comes up with an alternative: Maybe that successful approach to A is simple, but I can probably come up with one that is more complicated (which is why stupider people haven’t found it) and also easier.

So they invent or stumble upon an alternative strategy that requires them to understand the nuances of free-radicals, short-selling or linguistic theory, and makes the problem more complex. These people can then stroke their ego for being so much more clever than everyone else.

Unfortunately, as a consequence of them taking up the needlessly complicated approach, they forget the basics. If they focused on free-radicals while maintaining their focus on overall healthy eating and exercise, that would be fine. But more likely, this new complicated focus replaces the more simplistic, successful approach.

Problems Can be Difficult Without Being Complicated

Saying that the secret to health is just eating less junk and more greens does health a disservice. Mostly because people confuse simple answers with easy answers. In fact, for smart people, simple answers are often the most difficult, because there are fewer loopholes to get out of putting in the effort.

Running a marathon is simple. You put one foot after the other and repeat for 26 miles. But that doesn’t mean running one is easy.

Recognizing that there are a large class of life problems that (a) have simple answers, yet (b) are still really difficult, is important.

It’s okay to say to yourself, “I know what to do, but it’s still very hard.” Accepting the simplicity/difficulty conjunction allows you to put your focus on it, instead of fantasizing about Omega-3’s and syntactical oddities that don’t solve the core problem.

Putting in the Grueling Effort on the Absolute Basics

If you’re like me, and see yourself as being someone with complexophilic tendencies, there is a solution: commit to putting in the grueling effort on the absolute basics, first.

That is, you know what the #1 step you should be taking for success. Before you debate minutia, you make sure you’re putting in the effort on step #1.

This means not opening a book on different workout routines until you’re going to the gym every day. Stop reading the sites on dating advice if you’re not going out and socializing with people regularly. Forget step #15 when you still haven’t mastered step #1.

I find it helps to know what my #1 thing is for any area of my life:

Is the #1 step enough to succeed? Usually not. But I know that if I’m not following through on step #1, I don’t need to look further if I’m not reaching my goals.

Be the Absolute Best at Step #1

A long time ago, I heard a story about a famous basketball coach. When he would have a new team member, he would ask them to do a simple lay-up. He would then tell them to practice that every day, since it would be the shot they make the most.

Being able to shoot 3-pointers doesn’t matter if you haven’t mastered the lay-up. This coach understood that greatness started by being the best at the bare essentials.

Figuring out exactly what your #1 is can take some time. For some areas there might be a few items tied for first place. But picking which step is first only takes an hour or two. Becoming the absolute best at it takes years of hard work.

What is your #1 step right now? Have you mastered it? Share your responses in the comments.

Images thanks to Drewski Mac, kelsey, and blhphotography respectively.