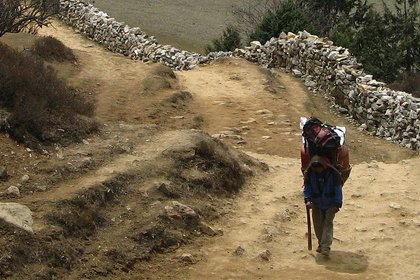 The standard logic is that if something makes life easier, it automatically makes life better. I wonder if that is really the case.

Yes, we have cars which enable us to be more productive, travel freely and be independent. But we’re also spewing greenhouse gases and giving up one of the forms of exercise our ancestors had in abundance: walking around.

Yes, fast food and ready-made meals allow us to stay fed while leading busy lives. But obesity rates are rising fast and the stuff we eat is becoming further removed from the food it is generated from. An apple comes from an apple tree, but what kind of plant or animal do Twinkies come from?

Yes, the internet, email and mobile devices enable us to stay connected. I’ve lived the last 8 months abroad, and without Facebook or Skype, I would have completely lost touch with many friends and family back home. But those same conveniences allow us to work non-stop, be flooded with interruptions and live vicariously through our digital personalities, instead of living our real lives.

I, like many, held fast to the assumption that easier = better.

Flash-forward eight months and my life has changed. No, I’m not wearing hemp clothing and hoeing carrots in an organic farmplot. But I have had a chance to really test the assumption of ease always being better.

When I arrived in France eight months ago, I didn’t have electricity, gas or internet for the first two weeks. The utilities had been disconnected in our apartment and, like all elements of French bureaucracy, nobody was in a rush to turn them back on.

Instead of traveling by car, I rented a bike. I’ve probably been inside a car less than two dozen times in the last eight months.

I’ve washed all my clothes by hand and air-dried them on my balcony. When I arrived the washing machine was broken and the nearest laundromat was far enough that paying was actually more time consuming.

I’ve cooked, typically from scratch, almost every meal I’ve eaten. I used to eat veggie burgers and canned food that could be ready to eat after three minutes in the microwave. Now I’m eating homemade lentil soup and curried pineapple chickpeas.

My experiment wasn’t voluntary. I didn’t decide to give up modern conveniences. Instead for multiple reasons I was pushed to give the slower, inconvenient way a try.

And you know what I discovered? I actually like it better.

The Ideal Life is Slow and Savored, Not Fast and Easy

Often in life we pay for value. If things are more costly to obtain, we assume that those things are more valuable. Largely this is true, I’d rather eat the more expensive organic fruit that tastes sublime than the cheaper, unripe bruised fruit that fell off the truck from the monoculture farm.

Where the pursuit of the ideal life is interesting is when this assumption is reversed. When the least convenient and luxurious option actually leads to the greatest life satisfaction.

If you had never run an experiment, you might just follow the cultural wisdom that easier is better in all cases. And, in doing so, you might have missed the opportunity for a more satisfying life.

One of my favorite experiences in France has been in the evening, looking out from our 3rd story balcony as I hang up laundry. If I had used a dryer, I probably would have used my saved time surfing the internet.

My satisfying inconveniences won’t be yours. I’m not arguing that all menial chores are good or necessary. Conveniences do count in most cases. I’m simply questioning that they count in all cases. 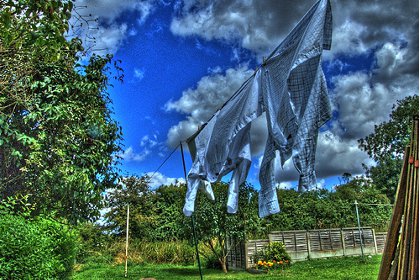 The Joyful Pursuit of the Difficult Life

The Stoics of ancient Rome and Greece believed that the difficult life was often better than the easy life. This was because a difficult life forced your true personality and virtue to emerge. Having an easy life, to them, was like being the world’s best doctor in a world with only healthy peopleâ€“your true talents and grit never being revealed.

It’s important to put this philosophy in context, though. The Stoic philosophers were aristocrats. Marcus Aurelius, one of the most notable Stoics, was emperor of Rome. They had the luxury of pondering whether the ideal life was more strenuous, all while being supported on the backs of thousands of slaves and serfs who often lived wretchedly difficult lives.

There’s no doubt in my mind that today’s world, with its modern conveniences, is one of the best times to be alive. Most of us experience luxuries that Roman emperors could never imagine.

I definitely do not believe that the route to an ideal life is to forsake all modern advantages and live in a hut in the wilderness.

The real advantage of modern times and conveniences is that they offer us the freedom to choose which difficulties we want to savor. Instead of cooking purely out of necessity, I can enjoy learning the skill and exercising it. Knowing I have the option to microwave something easily means real cooking is a joyful practice, not work.

I’m sure of the select subset of the population that reads this blog, many of you will be able to exercise enormous power in designing your life. If not now, then in the near future.

The real question of this post is how will you design that life, once you have the power to? Will you craft it in a way so that you can enjoy the cool, moonlit breeze when hanging laundry, or will you relentlessly increase the speed and ease of life rendering such moments obsolete and unnecessary?