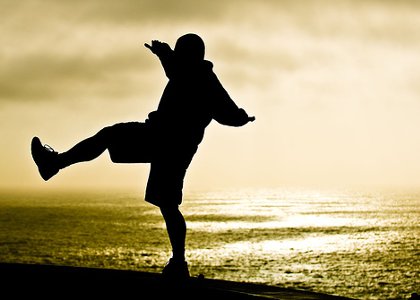 Few clichés in self-help are as popular as hatred for so-called “scarcity thinking.” Scarcity thinking being the evil mentality that assumes somewhere life has trade-offs.

, the opposite of scarcity thinking. Entire books have been written about having an abundance mindset, and avoiding a “zero-sum” mentality.

Recently, I was in a negotiations class where the scarcity/abundance dilemma was made the first topic. The two approaches were simplified into two graphs. One where participants fight over pieces of a pie, the other where they focus on growing the pie and each having larger shares. The metaphor was an interesting choice, because I’ve personally never witnessed a pie grow in response to demand for more of it.

Even if the abundance mindset is a good strategy much of the time, it’s wrong often enough to warrant skepticism. Which is why I loved the recent article by Chris Guillebeau:

“I like this quote from a David Sedaris article. Sort of an adapted ‘carpenter’s triangle’:

‘One burner represents your family, one is your friends, the third is your health, and the fourth is your work.’

We’d all like to think we can be successful without cutting off one of the burners. But when you start deconstructing it, I’m not so sure.

The real flaw of the abundance obsession is that it makes us forget life has tradeoffs. As David Sedaris suggests, it might be impossible to glow brightly with one of life’s burners without having to turn another off.

Abundance thinking works well if your aim is to be “good enough”. With the areas of your life, if you narrow down your categories enough, you can probably beat the average on all of them. You could be in decent shape, have an alright social life and okay professional success. It might take a lot of work, but it doesn’t need extreme sacrifices.

But to me, this thinking breaks down when you want to move from “good enough” to “world class.”

Getting into better-than-average shape isn’t too hard considering most people don’t even exercise regularly. But getting into world-class shape is a full-time job.

The reason good enough doesn’t need extreme sacrifice is that your competition isn’t trying very hard. When your aim is moderate success, you’re mostly competing against the millions of people who put in almost zero effort. The solution to good enough is often just to work hard enough.

But becoming world class changes the competition from the hoards of slackers to the elite individuals who are already trying their hardest. Getting more here often means giving something else up. Whether that comes from your personal life, as Sedaris suggests, or from your professional life as you sacrifice other skills to become the ruthless master of one.

Success may not be a direct function of how much you sacrifice for it. Some people will have more talent. Others will stumble upon creative strategies that accomplish more. But if your arena is filled with the self-selected best and they are already trying their hardest, it seems stupid to assume you can get away with anything more than lip-service to fuzzy notions like life balance.

The degree of life imbalance necessary, would seem to depend on two things:

In other words, how big a fish do you want to be and how big is the pond you’re swimming in? If you want to be in the NBA, you need to be a huge fish (there are only about 360 players in the NBA) and you’re in a pretty big pond (just think of how many people love to play basketball).

A good example of selecting different ponds is the contrast between two of my favorite bloggers, Ramit Sethi and Cal Newport. Both original thinkers and great writers. The difference is simply that they’ve both opted to swim in different ponds.

Cal, in addition to running his blog, is also a post-doc at MIT. He blogs less frequently, doesn’t have a Twitter account and does little in the way of monetizing his online efforts, aside from furthering his side-career as an author.

Ramit, by contrast, works at his blog and the associated business full-time. He blogs more often, sometimes investing 15+ hours into a single article, he’s active on Twitter, constantly optimizes his website and recently moved to New York to grow his brand and increase his television exposure.

Both are successful and, I would argue, big fish in their respective ponds. But while Cal’s pond consists of having a loyal audience and a platform for his ideas, Ramit’s also includes television appearances and a six-figure business.

The bigger the pond you decide to swim in, the greater the chance you’ll drown. Sacrifices might be necessary, but they certainly aren’t sufficient. You need talent, luck and all those things self-help clichés usually say are unnecessary for success.

The bigger fish you want to become, the more you’ll need to consume from every other area of your life. Again, sacrifices won’t be sufficient, but if you want to be the best you probably can’t do it as a part-time hobby.

The value of scarcity thinking is that it helps you choose ponds. If you prevent yourself for one minute from seeing the world as an ever-expanding pie, but as one of stricter tradeoffs, you can pick the life you want to live, and what pond would be comfortable for you.

One example for me is travel and language learning. Having recently lived abroad in France, learning French, this is something that interests me. I’d love to be able to visit every country on earth, or learn several languages fluently while living in dozens of countries.

But the demands needed for full-time travel or nomadic polyglotting are high too. Picking a pond of traveling-when-I-get-the-chance, or becoming fluent in 2-3 languages in my lifetime, may not be as exciting, but it lets me focus on building other elements of my life I feel are more important.

Another example is entrepreneurship. I’m building a small business which may eventually have a few employees and make me well-off by most living standards. It’s not an easy pond to swim in (there will still be thousands of people trying hard who don’t make it), but it’s a considerably smaller pond than trying to build a VC-funded company with an army of employees and hundreds of millions in revenue.

I’ve had a chance to meet people who have become successful in both of those ponds, and the latter, unsurprisingly, requires considerably more personal sacrifice.

My feeling is that it’s better to think about the lifestyle you want first, before picking which pond you should swim in. Most pundits suggest the opposite, Bunker Hunt was quoted as saying:

“There are only two choices to make in life: First, figure out what you really want and the price you’ll need to pay to get it. Second, resolve to pay that price.”

I’d argue that, instead, you should think seriously about how you want to live. Not just widespread fantasies about what ideal living is (endless world travel and minimal working hours), but what mode of living actually makes you fulfilled. Then spend some time thinking about what pond your ambitions could swim in that allows for that life.

The point isn’t that you should water down all your goals, and strive to live in the lukewarm state of “life balance.” Rather, it’s to accept trade-offs exist when deciding where to swim.

Image thanks to star5112