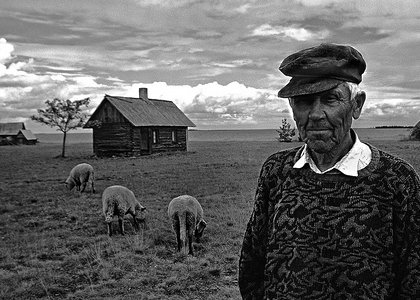 “I’m not planning to retire.”

This came up in a conversation with a friend of mine. He gets paid upwards of a few thousand dollars per hour to speak, often being flown into exotic locations to run workshops for corporate clients. On top of that he recently self-published a book, with the proceeds going to charity.

He was commenting on how, as he gets closer to the age where most people plan for retirement, he couldn’t be happier with his career and level of success. Why would he want to give it all up?

He even wondered whether he made the right choice putting his savings in a tax-deferred retirement plan (as opposed to a normal investment account), because as his income and tax bracket are much higher now than when he was doing most of his saving.

I can’t say whether my friend made the right investment decision. But his story does raise an interesting question: Should you be planning to retire? Or should you be trying to build a career that’s so intrinsically rewarding you’d never want to leave?

Before retirement and pensions became an expectation for the workforce, people basically worked themselves until they died. I can remember my grandfather telling me stories of his father, working until he was seventy-five.

For many people today, retirement is still a luxury. With pension plans folding, massive debt and unforeseen obligations, many people who want to retire, can’t. My case for planning not to retire isn’t a justification for those tragedies, nor is it a call to return to my great-grandfather’s day of a work-until-death necessity.

Rather I’d like to ask a question for the smart, talented and accomplished minority. If you can truly design a career and lifestyle that is deeply fulfilling, would you want to give it up, just because you’ve reached a particular age?

I’m a bit young to be in a position to assess my desire to continue working in 35 or 40 years. But I admire my friend’s situation. He’s spent his life doing what I hope to achieve—meaningful work with meaningful rewards. If I could achieve that, I’d want to continue working as long as I’m physically able.

Planning For, Versus Planning To

I’d rather avoid the pains of destitution than enjoy the excesses of wealth, so I’m definitely saving and investing my money. The fact that I may never retire is irrelevant. The goal of having financial abundance is freedom—to choose where to work, whether to work and how to live.

In this last ten months I’ve earned a little under $40,000, but I’ve saved almost half of that. Not simply to wait for the day I’ll stop working, but to create freedom far earlier in my life. If we consider it punitive to forbid someone from retiring after 65, why should it be any different at 45 or 35?

Planning for retirement, in the forms of creating enough wealth to give yourself options is a worthwhile goal regardless of whether you actually plan to stop working.

Does Work Fulfill Your Life or Drain It?

My friend clearly sees work as a fulfilling part of his life. Although it can be difficult, and occasionally exhausting, the net rewards give him more satisfaction and energy for life than without it.

I contrast my friend to the majority of people I see nearing the age of retirement. Work at least appears to them to be a constant drain on their energy. They are noticeably happier during vacations and dislike the constant demands of their job.

If you’re in the latter situation, retirement only makes sense. It gives you something to look forward to after your years of toil. Work is a necessity of living, but it creates a personal cost.

But if you’re defining your ambitions, should you really be looking to the latter group as a role model? Why instead of planning for your life under the assumption that all work is toil, wouldn’t you strive to create a career that adds value to your life?

“If You Don’t Want to Retire, You Must Be a Workaholic”

Donald Trump once said something along the lines of, “You should have a job you like so much that you don’t want to take vacations.”

I remember I read this quote in an online forum, where immediately after it were dozens of comments crying out that Trump and people who follow this advice are workaholics. The theory is that if you prefer work to vacations, or plan to work your entire life, there must be a deficit in your personal life or you have an unhealthy obsession with work.

I think this is merely a poor rationalization from people who hate their jobs. They can’t imagine what it’s like to do work they really love, so any desire to work more than is necessary must be a psychological defect.

I don’t see it that way. I love running this online business, and despite my lack of years of experience, I could foresee myself doing something like this forever.

That doesn’t make me a workaholic. I love Tarantino movies, old books and I probably drank far too much wine during my last year in France. But if I go more than a few weeks without working, I get that itch to start writing or dreaming up a new project again. Work can be good even without obsession.

My friend responds similarly. He speaks about his profession with enthusiasm, including the new projects he’s undertaking. But he also takes time to go on vacations with his wife and watch his son’s sports games.

My big question is, if you don’t plan to retire, how does that change your perspective on life?

Tim Ferriss explored a similar question, arguing against the “deferred life plan” which so many of us are attached to. If you didn’t plan to retire, that might mean that all those things you plan on doing someday, you’ll start taking action on today. It might mean you’d engineer work that’s fulfilling instead of merely bearable.

At this point, I still believe many people will want to retire. Not everyone can work in ideal careers, and sometimes work is a necessity. But as I’m speaking to many young, ambitious people who have the talent and means to do almost anything with their lives, should they be basing their ambitions on that assumption?