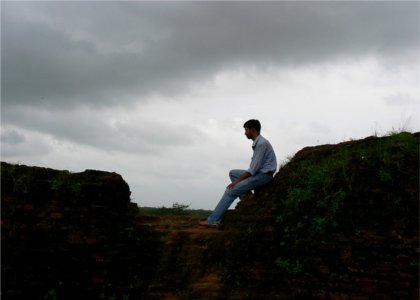 Every month or two I’ll get an email that goes something like this:

“Hey Scott! I’ve been following your blog for awhile, and I want to make big changes in my life, but I have no idea where to start. I don’t know what my life purpose is, so I just end up procrastinating all day.”

The person wants to change their life, but they see no goal for it. No goal means no direction or starting point. Hence the hours spent wallowing in procrastination.

To this, I’d like to share a secret: I have no idea what my life purpose should be, and I don’t think that matters.

The Cult of a Calling

I’m using the words “life purpose” but I could have just as easily used the words “passion”, “calling”, “mission statement” or any of the other dozens of self-help buzzwords floating around these days.

If you know your life’s calling with a deep conviction, great for you. But for the rest of us who don’t, I’m not sure it really matters.

Answering that question too soon can be worse, since it prematurely narrows your perspective. I’d rather enjoy the uncertainty and have broader experiences than answer early and miss opportunities.

But, given all the supposed benefits of having a life purpose, how can you wait in uncertainty? Won’t you just be like the readers who have sent me emails, frittering away time until clarity strikes them?

Let’s look at why people say knowing your life purpose is essential, and I’ll share why I disagree:

Reason One: No Life Purpose = No Motivation

Given the reader email I received, this one seems to make sense. People with clear mission statements, whether it’s conscious living or embracing nonconformity, seem highly motivated.

The mistake here is assuming you need to know the destination to motivate yourself. I have no idea where I’m going to live, who I’m going to be and the projects I’m going to work on in five years. That’s okay, I’m still motivated to work on the smaller projects of improving myself today.

Smaller goals may lack the grandeur of a life calling, but it can still be inspiring. In some ways, small steps can be more motivating, because you see the results now instead of in decades.

The assumption is that without knowing the big picture, you won’t achieve anything big. You may stay motivated on small tasks, but they will be uncoordinated. The bigger accomplishments, therefore, can only be made by people with grand visions.

Unfortunately there’s not a lot of evidence to back up this assumption. Yes, people who achieved big things often had big plans. But how many people do you know who always have some grand scheme, and never get anything done?

There are plenty of counterexamples of the opposite trend. People who took on interesting pursuits, built skill and connections, and eventually made large accomplishments when opportunity knocked.

Ben Casnocha founder of a successful start-up at 15, claims to never have had such an epiphany moment and credits much of his path to, by chance, enrolling in a computer class. Hard work and drive, yes, but no mission statement for life.

There is a class of machine learning algorithms that are designed to discover a precise value, without knowing what that will be in advance. I think a successful life is lived in much the same way. Not knowing the precise value (which is often impossible), but in devising the philosophy that can discover it along the way.

The logic goes that without a mission in life, you’ll be unfocused. Having a focus in life is essential, but I disagree with the conventional wisdom about how people actually develop one.

As you improve, you’ll have a greater impact with that skill in money, reputation, and enjoyment. As your skill increases, it becomes more and more advantageous to put effort into improving that skill, relative to other pursuits. This creates a feedback cycle which inevitably focuses your life down to a particular set of skills which you’re the most passionate about and produce the biggest impact.

That positive feedback cycle of skill and reward is natural, and may eventually lead to you “discovering” your life purpose. The problem is you can’t predict exactly where that cycle will go in advance. Trying to prematurely predict your calling in life may derail the more natural process of building that calling.

Having a focus in the short term (say a project, starting a blog or practicing a skill) is good. It’s good to be incredibly enthusiastic about that pursuit. But while focus is essential in the short term, I think it’s equally important to be open in the long term, so you can see where the process takes you.

Reason Four: Knowing Your Mission Helps You Persist in Doubt

If you knew with 100% certainty you were meant to be a doctor, you might not give up after failing your MCAT exam the second time. Here the argument is that life is full of moments of doubt, and without some kind of anchor, it’s easy to give up.

I agree that some kind of anchor is important. Feeling lousy about a rejection, failed project or seemingly endless plateau of mediocrity isn’t just a rational assessment of the facts. It feels terrible and the initial instinct is to cut our losses and avoid the pain. Even when we know that will only make things worse.

But anchoring to a specific calling can be just as problematic as not having an anchor at all. Perhaps you really aren’t cut out to be a doctor, even though you’d make an excellent researcher. Having too much conviction in one outcome may force you to persevere, but it also cuts off any other options—including those that might be better for you.

Instead, I’d rather anchor myself to a more general calling. Not the specific pursuit, but the general aim of a better life and the grit needed to keep persisting through it’s many ups and downs. To lose a race or two, but never stop running forward.

Reason Five: Life Without a Calling is Dull and Meaningless

I can’t speak to the subjective feelings of knowing your life purpose with a conviction. Maybe all the near-orgasmic feel-goodness of following your life’s calling is everything the pundits say it is.

What I can argue is that, even if you don’t know where your life is going specifically, you can still enjoy the hell out of the ride.

Just because I don’t know what kind of life I’ll lead in 5-10 years, doesn’t mean I can’t make a difference now. It’s easy to obsess over the big picture and forget all the little victories along the way. From the personal victories to finishing a project, to the more altruistic of finding out something you’ve done has helped one other person.

Even if you don’t know exactly how you’re life will turn out, you have the little victories along the way. It’s those little victories that can add up to something bigger than you could have ever imagined when you first started.

Image thanks to prakhar