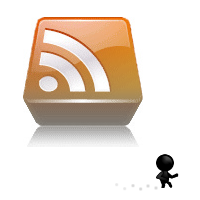 I might be committing blogging suicide by saying this, but I feel the purpose of this blog is to eventually lose all its readers.  I fully expect that, at some point, every person who subscribed to read my thoughts will eventually unsubscribe.  I’m completely fine with that.

The point of any source of information, whether it’s a writer like me, a mentor or a teacher is to eventually outgrow what you’re reading.  Get injected with new ideas, internalize the ideas you like, discard the ones you don’t like and then move on.  You move on, not because the ideas weren’t great, but because you’ve absorbed them fully enough that there isn’t anything left.

Cycling Through Blogs and Books

Very few of the blogs I initially subscribed to when I started reading online, I am still subscribed to.  The ones I have stuck with are usually because I’ve made connections with the author, and I like to see what they are doing personally, not because I still get a lot of value from their ideas.

The same is true of books and speakers.  When I started getting involved in personal development, I read and listened to a lot of Zig Ziglar’s books on goal-setting.  Now it’s been a few years since I’ve read any of his writing, and I’ll notice areas I disagree with him.

The reason I stopped reading Zig Ziglar wasn’t because I didn’t enjoy him as an author, or that I feel the ideas he shared weren’t worthwhile.  Many of the ideas he wrote about goal setting greatly influenced my own thinking on the topic.  But now that those ideas are integrated into my philosophy of life, I don’t need to revisit them as much.  The first time you read, you’re exposed to new ideas and forced to grow.  The 1000th time you read, you’re reinforcing what’s already there and stagnating.

I’m picking on Zig Ziglar a bit, but the same is true of virtually every author I’ve come in contact with and really enjoyed.  I loved their writing in the beginning, but after some time, I felt it was just a repetition of what I already know.

Another example for me is Steve Pavlina, when I first read his work about five years ago, it completely changed my thinking.  I don’t feel most of his newer ideas are as interesting, not because they are bad ideas, but simply because I’ve ingested enough of his ideas to understand them.  His popularity is probably still growing because many people are finding him for the first time, as I did half a decade ago.

A good author should be the victim of their own success, changing how people think enough that they become boring.

The Cycle of Ideas

I’m using some self-help examples, but really this is a cycle I see all the time.  I really enjoyed Ayn Rand’s, The Fountainhead, because it exposed me to some ideas I hadn’t considered before and forced me to think.  I liked Atlas Shrugged a bit less because those ideas were repeated.  Now, I don’t have any strong desire to read her other books.

I read a lot of pop-evolutionary biology books too, now I mostly avoid the topic.  Not because I don’t find it fascinating, but simply because most authors in the genre repeat the same ideas.  What starts out new and revolutionary quickly becomes the status quo.

Many of the great works in literature and non-fiction considered classics are downright boring to read.  Why?  Because they were so successful that imitation and expansion on their starting point makes them the ordinary instead of new.

I believe the purpose of ideas are to outgrow them.  Not to say that they were incorrect, but to completely internalize the ones you agree with, so they no longer require thinking.  When I became a vegetarian almost 3 years ago, I read a lot of books on the health and environmental benefits of the lifestyle.

After agreeing with most of what was written, and changing my behavior, I don’t need to read more books promoting the lifestyle.  If anything, I should be reading books on the benefits of eating meat, or evidence that forces me to rethink my position.  It’s better to read books you disagree with.

The concept of outgrowing an idea often isn’t a popular one.  Many of the people view their love for a particular idea the same way they would love a person.  They cherish the idea, visit it often and stay loyal to it forever.  But ideas aren’t people.  They are inanimate pieces of thought designed to help the real people live better lives.  And if you can’t outgrow your ideas, you can’t grow as a person.