Recently, I reached a milestone that I had been working on for a long time: bench pressing more than 200 pounds.

There’s nothing particularly remarkable about that. Many people can lift a lot more than I can.

What I thought was more interesting was how long it took. I started lifting weights when I was fifteen. Now I’m thirty. Fifteen years, on and off, to reach this milestone for the first time.

This small achievement got me thinking about a lot of other accomplishments, and how the work leading up to them stretches out over time. We often talk about success in weeks and months. Sometimes we’ll be patient enough to talk about it over years. But what about the successes that take decades?

How Long Does Success Take?

If I had been setting a goal to increase my strength, I doubt it would like like a 15-year plan. And, yet, in practice, that’s what it took.

Truthfully, this was not rigorously sustained effort in the most effective way possible. There were periods of laziness. Periods where my strength went up and down. Times when I made improvements only to have times when I was focused on something else.

Had my attention be focused non-stop, I doubt it would have taken fifteen years.

Yet, in life, most of the time our attention is not perpetual. We have competing priorities, responsibilities and times when we can’t invest as much effort as we would like. Therefore, while active plans may operate on shorter time frames, the slow, stuttering path to success often proceeds on much longer ones.

What Other Examples are There of Slow Progress?

Lifting weights isn’t the only place I’ve seen this kind of growth curve.

I saw it with my business. From the moment I had the idea I wanted to create an online business, to the point where I earned enough money to live off of one was seven years.

I see it in learning. Although my experiment to aggressively learn Chinese over three months is more interesting, the truth is I’ve been slowly working on it for the last five years. I wouldn’t be surprised if it takes another decade to really reach the level I desire. 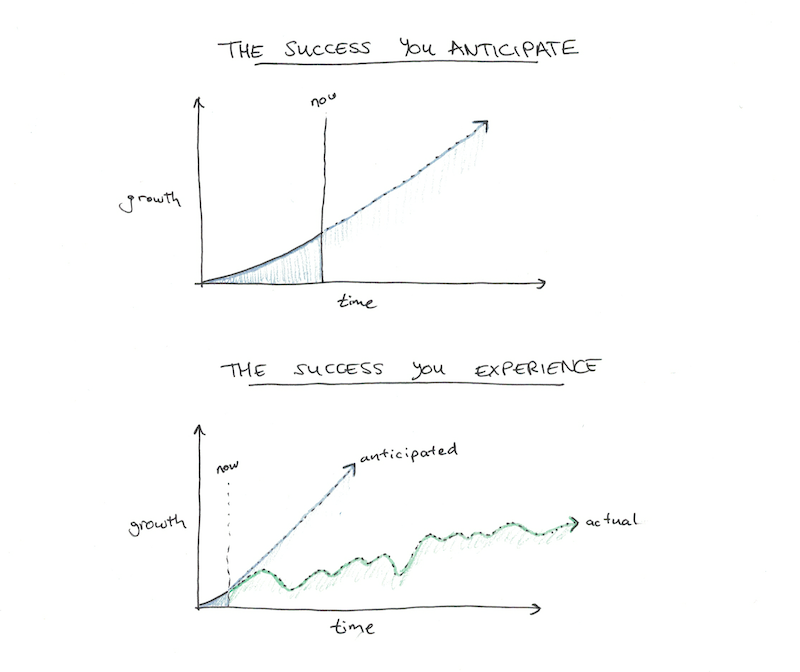 Is Seeking Rapid Improvement Amidst Slow Growth a Contradiction?

I’ve become mildly internet famous for doing the MIT Challenge. An attempt to go through a modified version of a university degree program much faster than normal. Later, I’ve done similar projects trying to learn languages and portrait drawing quickly.

This may seem to contradict the reality of slow growth, and long-term success. Isn’t an intensive, three-month project negating the reality of progress occurring over years and decades?

In practice, however, I see the two parts in a cycle.

The first part of the cycle (or last, depending on where you stand in it) is to break out of your old habits, routines and restrictions of your comfort zone. 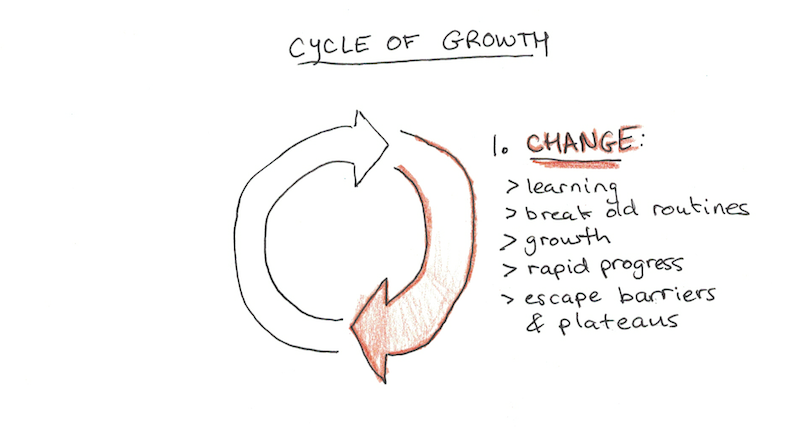 This is where you overcome your fear of speaking a new language. Finally start going to the gym on a routine. Setup your computer to start programming. Join that art class and buy materials. Break, push and escape the automatic path of your life.

The second part of the cycle consolidates the changes of the first. It allows the slow wheels of progress to grind away over longer periods of time. It allows habits and momentum to carry you forward. 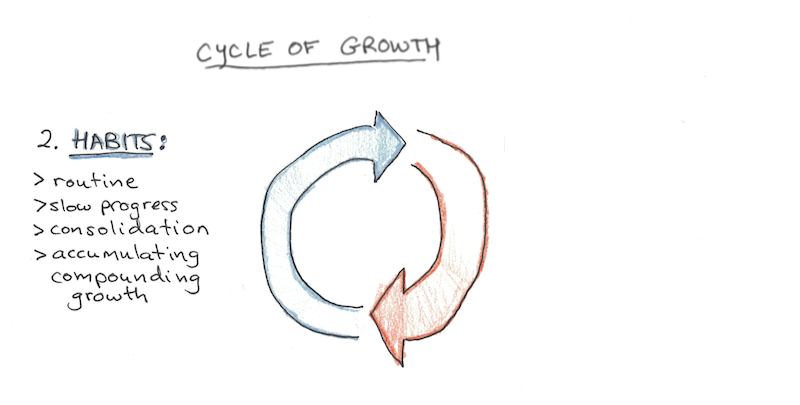 Both sides are needed. Without boldness, intensity and obsessive efforts, we stagnate. Without habits, routine and patience, we burn out. The cycle keeps rolling on.

I believe the right view to have in life is often to embrace a kind of synergy amongst superficially opposite concepts.

Humble, yet confident. Compassionate, yet disciplined. Generous, yet frugal. 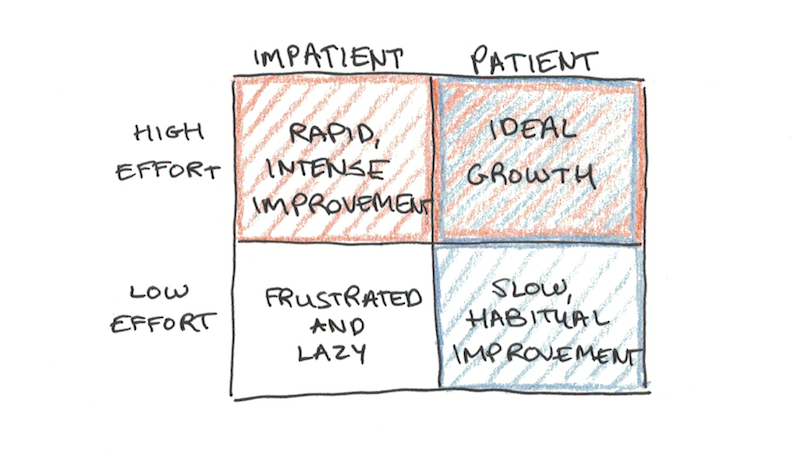 Few people stay consistently in the ideal growth quadrant, and instead oscillate between slow, habitual improvement and rapid, intense improvement. Just try to avoid the dangerous combination of impatience and low-effort!

One of those balances seems to be between the kind of energy often associated with short-term efforts, and the patience which attaches to long-term ones. The effort to strive hard, think carefully and focus completely on one’s goals, combined with the patience to see those efforts mature over years and decades.

Who knows when the real fruits of your efforts today will arrive? Maybe they will come soon. Maybe they will take most of a lifetime. Regardless, stay persistent and patient.