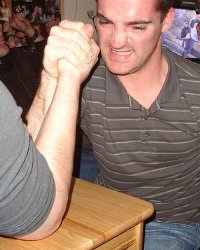 It’s time to face facts. Hard work isn’t enough to succeed in today’s world. If there ever was a time when sheer force and industry would get the job done it has passed. I’d like to argue that hard work is being replaced by three other factors that will be far more important in the future: creativity, relationships and learning.

In an agricultural and industrial era, hard work was crucial. If you wanted to eat you needed to hunt, farm or work in a factory to trade for food. To get these done you needed effort. Usually physical and often sustained for up to sixteen hours a day. It wasn’t easy, but hard work mattered.

Over the last hundred years, the economy has shifted. Today tractors, robots and machines have drastically cut down the amount of people necessary to feed us and put roofs on our heads. Instead, this means that more people are engaged in information work, managing knowledge, ideas and data.

This isn’t new, and I’m not one to doomsay about how the end of all we know is nigh. But much of the cultural advice we’ve received growing up has been past down over the last century, and I think parts of it are becoming outdated. This is the advice that praises hard-work, effort and discipline over the ingenuity, understanding and connecting.

The Unbalanced Edge of Technology

As I’m writing this article, I could have written it on paper, but I am choosing to type it on the computer. Due to the time I invested in learning to type with a keyboard, I’m probably about twice as efficient than with a typewriter and at least 4-5 times more efficient than with a pen and paper. This kind of advantage is important, but it is just a linear upgrade.

However, when I publish this article, it goes through my blogging platform WordPress. Immediately, any sites I link to are pinged about my new post. Almost three thousand people will instantly have access to this post via feedburner and a few hundred more will get it in a day through e-mail.

After this, the nature of the web allows people through social media sites and tools like StumbleUpon to start tagging, tracking and organizing this article into a structure. People thousands of miles away can get access to this post within seconds of my hitting “Publish.” This is millions of times more efficient than sending out paper copies and the comparison isn’t even close if I were orating to a random crowd as would have been done in the days of the ancient Greeks.

What This Means to the Hard-Work You Value

I know what you’re thinking. So what? I don’t need to tell you how wonderful and powerful the internet is. And I don’t really want to write an essay about how the world has transformed, you can read The World is Flat or other great books on globalization and technology to get that. I want to get to my main point: that effort is becoming overshadowed by other qualities in a world different than the one our grandparents use to advise us on.

Technology doesn’t improve productivity, it warps it. I can invest hundreds of hours delivering a paper newsletter, but through technology I can invest almost none and get a result thousands of times more efficient. With such an intense warping of productivity, effort gets blurred out of the equation.

Because technology warps inputs to give completely different outputs, effort is no longer the main ingredient in value. Depending on your combination of creativity, relationships and learning you can create thousands of times more value than someone who is working far harder than you.

Hundreds of years ago your grandfather would teach you how to hunt or farm. A few advancements might come along which you could integrate, but there were limited options for how you could improve. Today the ability to provide value has changed dramatically so that coming up with a new approach could drastically cut the effort or resources required.

Just as a minor example, when working on a software program, I managed to save hundreds of hours of work by buying a twenty dollar plugin. Now try to apply that kind of thinking to the farm or even factories a century ago. Creativity trumps effort.

Humans evolved under circumstances where the average size of a tribe was only a few hundred people. Technology means that I now have direct access to several million people and am only a few degrees away from a few billion. The six degrees of separation is closing fast, and most people don’t know what to do about it.

Ben Casnocha, who I’ve blogged about here, has said that he doesn’t believe successful people are usually the smartest (or as I’d offer, the hardest working) people in the room. Rather that they know how to get the smartest people in the same room to come to a solution. Relationships trump effort.

Decades ago you could get a degree, get a job and pay the bills. While this is certainly true today, more and more people are realizing that with new technology comes uncharted territory. By learning new skills and understanding changes in the world you can create value with far less effort.

Take a look at Steve Pavlina. Here’s a guy who after a few years building a blog and writing articles, is earning several hundred thousand dollars a year without working eighty hour workweeks. Did building Steve’s site require effort? Yes, but that effort has far less to do with it’s success than the understandings Steve brought to it. Learning trumps effort.

Does This Mean Effort Isn’t Required?

No. I still think you are going to have to work. Just realize that the value of your effort has gone down considerably. It’s as if you were a king hoarding gold and a peasant from another country discovered a way to make gold out of lead for free. Your gold can still buy things, but when the capacity to create gold out of nothing comes, it becomes far less valuable.

Effort will always be required for success. But I believe that the direct application of effort is becoming less important when compared to these other factors. Effort is no longer the limiting factor.

When working towards a goal, everyone takes a look at their inputs and then examines their results. Most people have learned to view the major input as effort. In other words, if I want to become a millionaire, I’ll need a certain amount of effort to achieve it.

I think we need to collectively change what we see as our inputs. Effort should take a backseat to the amount of creativity, relationships or learning we require. So if you want to become a millionaire, you’ll need a certain amount of creativity, connections or understanding to get there.

I got a comment in the feedback from an reader who sensed I was a tad bitter, and that I dwelled on how hard it was to be successful. I’d like to believe that my sentiment is more optimistic, but it has definitely changed from several years ago. I have seen people become enormously successful with a moderate amount of effort and I have seen many more struggle after endless exertion.

Worse, when most of those struggling people try to find cause for their failure they blame the lack of effort invested. I disagree. I don’t think the problem is that they aren’t trying hard enough. This can be the case, but overwhelmingly I think the problem is that they aren’t trying smart enough. They aren’t maximizing their creativity, relationships or understanding and aren’t getting the results they want. More effort in this case is like going back to the agricultural age where staying up an hour later and plowing another acre would make a big difference. That isn’t so when the click of a button can set in motion thousands of independent events.

When I recently surveyed many of my readers on their goals, I was happy to hear that many are actively trying to make money as internet entrepreneurs. Most are still in the early stages of building a high-traffic website. A resounding sentiment I’ve heard is that it is a lot harder than they initially thought. I agree.

But I think the real difficulty isn’t the work. Writing more than a thousand words a day between your blog and other projects isn’t that hard. All it takes is a bit of training and practice. What is difficult is mastering the other three factors that make the majority of your results. The real difficulty is knowing what to do when working harder won’t cut it.

The reason effort is becoming a less useful measurement for inputs isn’t because the world is cruel or the apocalypse is on its way, but because the amount of new opportunities has skyrocketed. I believe we need to change our sensors to detect these opportunities.

I’d like to know what you think of this idea. I would be disappointed if I didn’t get at least a few comments telling me why I’m wrong.