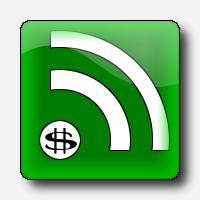 I’ve received a number of e-mails from other bloggers asking about how to build a successful blog and make money online. My short answer is that I’m still figuring that out but I have plenty of friends who seem to have found the answer.

The long answer is that I have been able to draw a small income from this blog and while I’m not going to be living in a mansion anytime soon, I’ve managed to do what eludes many other bloggers I know. I’d don’t want to inspire anyone to quit their day job, but I’d like to share some of my experiences.

What’s With All the Hype?

There has been a lot of hype about internet entrepreneurship, professional blogging and passive income. Some people see it as a celebrity winner-take-all approach where only a tiny percentage succeed based on luck, while most fail. Others see it as a paradise where you can work from home and get stinking rich doing very little work. I don’t think either of these pictures are realistic.

I believe earning money online is a legitimate opportunity if your smart, hard working and flexible. I don’t believe it is the best way to get rich or make a lot of money. But the freedom it can afford and the joy I get from spreading my ideas make it worth pursuing.

If you have a blog, are curious about starting one or just want to better understand running a internet information business, here are my thoughts:

Rule One: Change is Constant and Extreme

Every once in awhile I hear an argument that goes like this: “Blogging is dead. People like <insert any famous blogger> succeeded because of the old environment, it’s impossible for new bloggers to get ahead today.”

It’s an attractive argument because it’s based on a half-truth. The bloggers of a few years ago did succeed on principles that no longer apply. Steve Pavlina, perhaps one of the most successful independent bloggers, mentions many techniques he used to grow his blog which have since become weaker (such as blog carnivals).

But to say that opportunities have diminished is ridiculous. Yes, the game has changed and it will change in the future. But while that change may have stopped a few paths, it has opened many more. If anything I would say that the potential to become a successful blogger is increasing, not decreasing, as time passes.

The only tip I can offer is to use your own brain and avoid trying to carbon copy another persons strategy. Using other people for ideas is great, but blogging is such a dynamic environment that copycats usually fail. Be bold, flexible and willing to try anything.

Rule Two: Patience is a Virtue

It’s far harder to be patient than motivated. Don’t quit your day job and expect to pull in a huge income in a few months. I’m currently earning roughly $1000 per month and I aim to be earning twice that by next summer. This is, however, after spending close to two years blogging and just over one year monetizing this website.

As a student and cheapskate, earning $1000 per month while taking classes full-time has made me fairly wealthy compared to many of my peers who are racking up student debt and living with their parents. But compared to someone who has an established career and is earning between five and six figures, this is pocket change.

Earning money online does work on exponential growth. I’m earning over twenty times what I was earning a year ago. But that also means you need to put in a lot of effort with little gain before you can start enjoying the benefits.

Rule Three: Success is in the Unexpected

Looking at my financial and web statistics for the past two years, one thing is clear: success doesn’t come where you expect it. An average of 50-80% of the income I get online is from revenue streams I hadn’t even considered a year ago.

In August 2006 100% of my income came from Google’s AdSense. In August 2007 only 25% did. This isn’t because AdSense stopped working but because I found completely new opportunities. Freelance writing and publishing my first e-book were two of the larger examples.

It is also important to remember that what works with one blog won’t necessarily work with another. Out of all the bloggers I know, it is surprising how different the proportions of revenue are. Some earn most through sales, others through ads, others through affiliate programs.

The only advice I can offer is to try everything. A failed experiment just means a little lost time. But a success can permanently add to your traffic growth or income. Standing still is suicide.

I’m pleased to say I have many friends in the blogosphere. Although I didn’t set out with the intention to make friends for my own selfish gain, it has often turned out that way. Cultivating relationships with other bloggers has resulted in more opportunities than almost any strategy I’ve pursued.

Connections can’t overcome lousy articles or infrequent writing, but if you have those they become your biggest ally. Although Leo Babauta of ZenHabits is an excellent writer, I would attribute his rapid blog growth primarily to his ability to connect with other bloggers. Within a few weeks of starting, he was writing guest posts, hosting interviews and collaborating with other writers.

If you’re looking for tips on how to build your networking skills, check out this group interview I did on that subject.

Rule Five: Be a Professional

The most successful bloggers I know run their blogs closer to a business than a hobby. They have built in habits that take a professional approach to making money online. The difference between amateur and professional is the habits you use.

Here’s just a few of the habits I’ve seen that mark out professionals. I’m not perfect in applying these, but I do my best.

If your interested in earning money online, blogging is definitely a possibility. The opportunities are abundant if you have the drive and creativity. But if you believe that starting a blog is the fastest way to make yourself rich, you’re kidding yourself.

I’m a firm believer that the learning curve to become successful in any new field requires at least 1-5 years. Based on my growth I would say I fit that curve almost perfectly. Thinking about it, that is about the length of a typical University degree. But I suppose earning a living doing what you love is bit better than a certificate… 😉