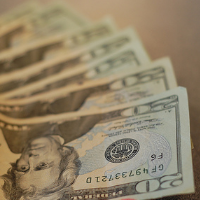 I’ve always enjoyed making money more than having it. Having money is nice, but it’s only a blip on my life contentment scale. I’m no fan of poverty, but the difference between $40,000 per year and $400,000 isn’t that much.

Despite these simple tastes, I’ve always been keenly interested in making money. Making money is fun and challenging. Running a business is both complex and simple at the same time, and the artists of making money need to know how to balance both. It requires a diverse set of skills, but also rewards people who can specialize carefully. To me, making money is one of the best games ever discovered.

I can remember writing on a forum post for internet entrepreneurs, several years back. One person was complaining about the difficulties of living on a small income. I quipped that if he could afford a high-speed internet connection, he already had enough money and should just enjoy the process of making it. Pretty trite, I know, but the idea still sticks with me.

I’ve known many people who have become obsessed with one game or another. They read all the strategies, practice and go to incredible lengths to be good at this game. The game is fun, but when it ends, nothing more has been accomplished. Nobody is better off, now that they have mastered this game.

Not true with the game of making money. When you make money, you’re exchanging value you’ve created for money. I use the words “making” money literally because that is what you are doing. Currency is just pieces of paper. They are a medium of exchanging value between two people. When you “make” money, you might not be printing dollar bills, but you’ve created the essence of what drives value around.

It seems our cultural consciousness has made the connection between “making” money and stealing money. Rich people aren’t generating value, they’re just feeding off the hard work of people around them. The only way to get rich is to make somebody else poor. Virtuous people don’t engage themselves in the dirty business of making money.

I think this confusion arises because many people are motivated by having money, not making it. They want to have money, so that means that they use whatever combination of cheating, stealing and creating that gets them the biggest payoff the fastest. That can be a dirty business, so I understand why some people have made some negative associations.

If you’re actually creating money, the situation is completely different. Since you’re creating value, you’re adding back to the world. The game isn’t zero sum. There are winners without losers in the game of making money.

What About Open Source?

Wouldn’t it be more virtuous to create, and then distribute for free? Isn’t making money, if not completely evil, at least a neutral activity?

I believe in the power of free. Giving away free stuff isn’t just humanitarian, it’s a business strategy. Ninety percent of what I work on is free. Free content is the television advertisement of the 21st century. When distributions and production have almost no costs, free content is a great tactic in the game of making money.

But I don’t agree with complete selflessness. If you forgo any profits, you starve the very vehicle that creates value. Being without revenues means it’s difficult (or impossible) to pay for the fixed costs associated with creation. Making money is a win-win situation. Win-lose situations of theft and cheating, along with lose-win situations of complete sacrifice are not ideal.

I think open source initiatives are just the beginning of a new business strategy built on free.  It’s not breaking the idea of making money (which is, at the core, exchanging value) but simply giving it a new form.  It’s adding an expansion pack to the original game.

I’m an advocate for online entrepreneurship because it changes the way the game is played. Regular businesses require capital investments, employees, a fixed location and considerable risk before getting started. Online entrepreneurship can be done with one person, anywhere you have a laptop and for only a few dollars a month.

The game isn’t easy, but it’s incredibly fun. Best of all, when you win, it isn’t game over. The value you create trickles down to other people and you get to enjoy a little more luxury yourself. Even if having the money wasn’t nearly as fun as making it.