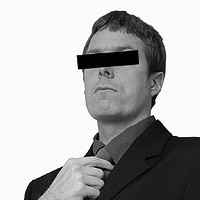 Would you rather serve soup at a homeless shelter for free, or for $2 per hour?  If you’re in a country with a high minimum wage like Canada, you would probably rather volunteer.  For the same reasons, your mother-in-law would be offended if you offered to pay her $20 for making a family dinner.  I think most people intuitively understand this, but until recently I hadn’t heard of a good concept to describe why this happens.

I recently had a chance to read Dan Ariely’s bestselling book, Predictably Irrational.  Ariely is a behavioral economist at MIT, and the book is a great introduction to the area of human biases, or the non-random stupid mistakes people make.  Although the book covers a number of irrational mistakes, by far the most interesting chapter is Ariely’s description of how we have two different, yet equally powerful, sets of rules in our head for how to behave.

It seems that people have two powerful, but completely separate, sets of rules for how to behave.  One of these sets is market norms.  This is the domain of money and formal transactions.  The other realm is social norms, the domain of gift-giving and volunteering.

The reason, according to Ariely, that you would volunteer at a homeless shelter for free, but not for $2, is simple.  When you volunteer, you are using social norms.  In this game, time you donate is not exchanged directly for money.  Instead, it is exchanged for goodwill from people around you, a feeling of satisfaction and personal pride.

However, as soon as you throw a dollar amount into the mix, the transaction switches from social norms to market norms.  Now, instead of goodwill and satisfaction, your time is exchanged for the rate of $2/hour.  What was once a good deed, now becomes a bad deal.

What was interesting about Ariely’s discovery isn’t that market and social norms exist, that’s fairly obvious.  Instead, it is that these domains are like oil and water: they don’t mix.  As soon as a payoff with a known dollar value was introduced into the transaction, people’s behavior differed dramatically.

In one experiment conducted, Ariely had participants drag circles on a computer screen.  In one group, cash was offered as a reward.  In another group, it was presented as a social request.  Within the group offered cash, some sub-groups were paid more than others.  Although the social group performed fairly high for nothing, the performance of those working for cash was largely based on how much they were paid.

I think there is a tendency to assume that if everything reverted to social norms, the world would be a better, more community-oriented place. The open-source movement, families and volunteerism are all rooted in social norms.  However, while social norms can work, they also have downsides.  Nepotism, popularity contests and unfair transactions are also a side-effect.  I believe the expression “it’s not what you know, but who you know,” owes a lot to the influence of social norms.

The key isn’t picking one set of norms as being better than another, but understanding how things change depending on which set of norms you operate in.

I think one way to use this understanding is to be careful with the jobs you do for money.  Being directly paid for a task, pushes you into the realm of market norms.  The enjoyment for the task goes down, and the amount of money becomes more important to your happiness than other factors like learning new things, making connections and accomplishing something meaningful.

Obviously it’s not practical to avoid working for money.  We’re not in a volunteer economy, and I don’t think that is practical (or even desirable).  But it is an important part of human nature to consider when picking your side activities.  If you know you’ll enjoy things more when there is no direct payment, you can factor that into deciding how to spend your off hours.

I know personally, that I would never have started this blog if someone had been paying me directly.  The amount of revenue it brought in for the first 12-18 months couldn’t justify the effort.  However, by disassociating my work with the money, it was fun to do, even when I wasn’t earning a dime.

Understanding Both Sets of Rules

I think most people would consider themselves a little more comfortable within one framework of rules than another.  But if you consider how important each of these sets of rules are, it’s not an area of life you can specialize.  Fully understanding both sides, and the line that separates them, is the key to making sure you aren’t abused by the other side.

I see people who complain about shady business dealing, moving workers overseas or what they view as ruthless competition.  Perhaps part of the problem is that these people don’t fully understand the market norms that are being played in that situation.  On the opposite side, I’m sure you know people who complain about the lack of equality, how the popular often outrank the intelligent, or how fair deals are pushed aside for unfair reasons.  Perhaps the problem here is that these people don’t fully understand the social norms being used.

After reading, Predictably Irrational, I think the best way to win isn’t to promote or justify one set of rules over another, but just to understand the two sets independently.  If you know what rules people use to make decisions, you have a better chance to succeed.