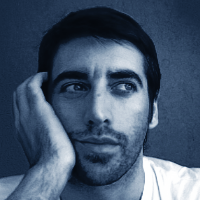 Don’t be a buffalo.

When buffalo were still common in North America, Native American hunters learned a trick to hunt the herd animals.  Buffalo don’t look up when moving as a group.  In fact, if a few buffalo in a herd were startled into running, the entire herd would charge, even if most of the buffalo had no idea what they were running from.

The Native American hunters learned that if they encouraged a few buffalo to start running towards a cliff, the entire herd would run off the edge.  The buffalo followed the group thinking, and couldn’t stop themselves–even when it meant their own deaths.

Why Think For Yourself?

I’m not an expert on 99.99% of the areas of human knowledge.  In the other 0.01%, I probably have adequate knowledge, far from being complete.  Although this may sound like an exaggeration, I think it’s fairly common.  The amount of knowledge available in the world is so vast, and the time needed to learn only a few percentage points is decades.

Given this handicap, doesn’t it make sense just to follow what experts tell you?  How can you “think for yourself” when you are completely ignorant about most of the knowledge in the world.  Thinking for yourself sounds noble, but shouldn’t you just give up and rely on people with specialized knowledge to tell you what to believe?

I think a lot of people have fallen into this trap.  Overwhelmed by the amount there is to know, and surrounded by experts willing to offer canned opinions, many people just give up.  They stop thinking for themselves because it seems easier than sorting through the jungle of human knowledge.

Unfortunately, when you stop thinking for yourself, you give up control.  Other people can manipulate you into believing, not what is true, but what benefits them.  Even when their motives aren’t so sinister, you lose the ability to make decisions for yourself.

The world is becoming increasingly reliant on information as a source of power.  While this affords more opportunities, it also means intellectual independence is more important.  Whenever knowledge becomes a source of power, it can be used as a weapon against people who aren’t thinking for themselves.

But just because shortcuts are inevitable, that doesn’t mean you can’t think for yourself.  Thinking for yourself means you need to be careful about what shortcuts you take.  It means watching the ideas you are exposed to and avoiding the mental viruses that can infect you and disable your ability to think.

Mental Viruses, The Plague of the Future

A virus is an organism that sits in the void between life and non-life.  Composed of bits of genetic instructions, it’s mission is to hijack the life it occupies in order to make copies of itself.  Computer viruses are named because they have a similar strategy, although it is digital, and not biological.  A computer virus will infect a machine, tricking it into creating copies of itself, often causing damage to the host computer.

A mental virus acts in a similar way to a computer virus.  Except, instead of being transferred in bits and bytes, mental viruses are transmitted through thoughts and ideas.  Ideas that, while appearing harmless, they hijack the thinking of the individual and are designed to keep that person from thinking for themselves.

Mental viruses sound like something out of science fiction, but they are cleverly disguised into modern day life.  A mental virus is a dogmatic system of ideas.  It’s a system of ideas that not only claims to be true, but is designed to force belief, even when it doesn’t make sense or fit the available evidence.

An example of a particularly deadly mental virus would be the religion created by Jim Jones in the 1970s.  Convinced of the ideas presented in the People’s Temple, the followers of the cult all committed suicide, one of the largest mass suicides in the last 2000 years.

A far less deadly, but still viral set of ideas is in place in the system of many political parties.  By organizing political beliefs, which are diverse and complex, into simple parties, many people vote for candidates the way they would cheer for a sports team.  These people support a party on principle, even when they support some political ideals they don’t believe in.

Another example of viral philosophies is the organization of many religions.  The teachings of the religion themselves, aren’t viral.  However, most religions have adopted the idea that “faith” or support of the religion, in spite of reasoning or evidence.  This trick turns an otherwise supportive set of beliefs and ideals into dogma, preventing followers from thinking for themselves, turning into a mental virus.

Viruses Aren’t Evil, But You Still Need to Be Vaccinated

I’m not trying to attack organized religion or political parties.  They can have benefits, even if many of them have adopted virus-like features.  Thinking for yourself doesn’t mean immediately rejecting everything that looks like a virus.  If you did that, you’d have to reject huge systems of organized thinking which have unfortunately adopted viral features.

Thinking for yourself means you need to get vaccinated.  It means you need to learn to separate the good ideas from their mental virus counterparts.  You may agree with many of the ideas of a religion or political party, but a free-thinker would avoid the “us versus them” or “faith without reason” mental traps that turn them into viruses.

Even something non-dogmatic like science can adopt virus-like qualities in the hands of the wrong people.  I believe in global warming because I think the evidence supports it.  However, many activists encouraging change to stop global warming have taken science and added virus-like features of scare-tactics and dogmatism to help spread their ideas.  I personally don’t believe these additions are necessary, but it shows that even something positive and non-viral can easily start to become a mental virus that prevents free-thinking.

How to Think For Yourself

Thinking for yourself doesn’t mean knowing everything, or being able to check every fact.  There was possibly a time in human history where an educated individual could understand most of formal human knowledge.  That time is long gone, and even free-thinkers need to accept the limitations of living in the 21st century.

However, just because we’re limited doesn’t mean we need to sacrifice everything.  There are a few key steps that allow you to think for yourself, even in a knowledge-saturated world:

Vaccinating against mental viruses means you take an outsider’s perspective.  I’ve read many different books on spiritual philosophies and religion.  Although I’m a scientific, rational person, I’ve found many of these ideas incredibly helpful.  However, I’m careful to focus on the content of those belief systems, and not the small traps that force me to swallow ideas without thinking.

Thinking For Yourself Takes Effort

More than just being on guard for mental viruses, thinking for yourself requires that you learn a lot.  Your ability to think is only as strong as the mental resources you have behind it.  That means learning a lot about subjects relevant to your life, it also means spending a lot of time thinking about ideas after you’ve read them.  Learning isn’t a passive activity.

What are subjects relevant to your life?  I think everyone’s list will differ, but I think an understanding of nutrition, health, psychology, science, philosophy, business, politics and your profession are just a few to start.  Of course it isn’t easy to learn from such a broad list of subjects, but the benefits are added power to control your own life.

I’ve previously written about my goal of learning everything.  I don’t see this as a passive hobby, but a crucial activity.  If you aren’t learning as much as possible and digesting that information, you’ll lose power to make the best decisions for your life.  Instead, you’ll be forced to rely on other people, like a buffalo running towards a cliff.