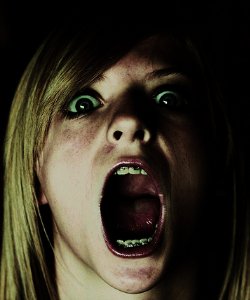 A great deal of self-help emphasizes overcoming your fears. Our fears, we’re told, are the reason we aren’t sky-diving millionaires with supermodel spouses right now.

A quick Google search shows over 3.2 million entries for “how to overcome fear.” The book, Feel the Fear and Do It Anyways was a major best-seller. Clearly there is a demand from people wanting to overcome their fears and the army of authors and pundits is there to supply the solution.

First, I want to claim that overcoming your fears is not the #1 obstacle to living the ideal life. I prefer Cal Newport’s suggestion that skill trumps courage. As I’ve written about here, the reason you aren’t a millionaire probably has more to do with not having the skills to earn a million dollars, and less to do with your fears.

However, even if fears aren’t the most important obstacle to overcome, they can still matter. Just as laziness, guilt, insecurity or any other psychological block can prevent you from making good decisions to improve your situation, your fears can hold you back.

Sometimes your fears are legitimate.

If you’re afraid of quitting your job or dropping out of college to start a business, the fear of failure may be real. No, failing won’t kill you, but you may spin yourself into thousands of dollars of debt with nothing to show for it. Worse, you could have missed better opportunities to further your career.

If you’re afraid of asking a friend for a date, that fear may be real. The damage may be temporary, but you may sense that success isn’t likely and you may create awkwardness in your social group.

If you’re afraid to live in a foreign country, there may be some basis to that. If you don’t speak the language or don’t have an adaptable personality, the challenges of living abroad and being alone could be overwhelming.

Does this mean I think you shouldn’t pursue your ideal career, tell people how you feel about them or live abroad? Definitely not. I’ve done all those things. But that doesn’t mean I haven’t failed, or even that my fears were completely unjustified.

Being lost, broke or rejected are genuine consequences of real fears. The reason your fears are so difficult to overcome isn’t that they are irrational. The real reason is that, often, they are at least partially true.

To me telling someone to use courage to overcome fears is like telling a fat person to “stop eating so much.”

Sure, it’s true. Almost all weight-loss boils down to caloric restriction with exercise at some point. But is that helpful?

A better recommendation wouldn’t just use willpower, but emphasize on creating a system for reducing the desire to overeat. Keep less junk food in the house, stick to a pre-defined meal plan, learn to cook healthier foods. All of these are more practical suggestions.

An Alternative: Engineer a Low Cost of Failure

If you accept that fears haunt us because they often have at least a partial basis in reality–and you accept that courage is often impractical advice, then there is another solution: reduce the cost of failure.

Engineering the situation so it has a lower cost of failure will make overcoming your fears a lot easier. Not because you’ll have more courage, but because a lot of your fears will go away, or at least reduce in intensity.

Take the fear of quitting your job. If, instead of quitting, you started your business part-time, that would drastically reduce the cost of failure. The worst-case scenario would be some lost time or less aggressive career growth at your current job.

Or what about the fear of asking someone on a date? If you can’t summon up the courage to go further, maybe make a smaller step forward. Spend more time with the person, make smaller moves and see if he or she reciprocates.

Flirting as a social practice may have developed primarily to engineer a lower cost of failure in dating. Linguist Steven Pinker devotes a chapter of his book using game theory to explain how ambiguous wording can save face if the other person isn’t interested.

How about living abroad? Even that is something that can be engineered to a lower cost of failure. Reduce the length of your trip. Travel to the region before deciding to live there. Maybe make a shorter stay away from your home environment to see if you can handle it.

The idea for this article came to me yesterday when I was cooking in my kitchen. I was trying a new recipe, and I was thinking about how the cost of failure often prevented me from experimenting with different cooking techniques. Often the win from discovering a new dish was outweighed by going hungry if it turned out poorly.

However, by making sure I had a quick backup meal if the first one failed, that made it far easier to experiment with new dishes. Also, allocating more time for cooking in my daily routine made the price of a ruined meal considerably lower.

Because I reduced the cost of failure, I’ve been experimenting with a lot more dishes. Last night I made kushari and before that I was making baba ghanoush. I’ve probably improved my cooking skill more in the last six months than I had in the six years prior to that.

The idea of using courage to improve my cooking skill seemed ridiculous. I wasn’t afraid of cooking new dishes, or if I was, I certainly wasn’t conscious of that fear. However, engineering a lower failure cost allowed me to tackle a problem that I had never considered before.