Today is my 22nd birthday. As a tradition I’ve done on this blog for the last 4 years, I use this as a chance to share a bit of my experiences and plans for the future.

If you’re only here for big ideas or practical how-to’s, feel free to skip this post. No worries, I’ll be back next week with more of the articles you’ve come to expect.

Quick Points on My Last Trip Around the Sun

Here are some of the things I’ve been up to in my last 12 months:

This was an exciting year, both personally and professionally. Living abroad was fantastic, and not only taught me a lot about myself, it also forced me to reconsider many of my assumptions about life and success. Professionally, I can say after five years of working on this blog, I’m now in the comfortable full-time income range, which is a huge milestone for me.

Throughout this year I wrote about my ongoing goal to learn to speak French. In rating my French, I would say my ability isn’t quite fluent–I still have trouble with television and I really have to work to follow a conversation with 3+ native speakers—but it is advanced enough that I can confidently say I can speak French.

I’ve learned that, between the intermediate stage of a novice, and total fluency of an expert, it’s important to practice the language how you actually want to use it. I’ve heard from polyglots who claim speaking immediately is key, and I’ve also heard from other linguists that listening passively is superior.

Frankly, I think the distinction isn’t as important as practicing the language how you actually want to use it. I wasted a lot of time on my French with sources of French that weren’t as important to me. I’m still not very good with television, radio or movies because, at the time, I didn’t have television and hated the French-dubbed movies in the theaters.

My #1 criteria was being able to live in the culture effortlessly and have deep conversations with the locals. For that goal, I was very successful. Even as early as February (I stayed another 5 months) I had gone on dates completely en français, and had friends who I spoke exclusively in French with.

My #2 criteria was being able to read classic French books. I was happy with my ability to do this as well, finishing The Count of Monte Cristo and Twenty Thousand Leagues Under the Sea. I’m about halfway through The Three Musketeers, and I’m hoping I can pour into the works of Albert Camus, Victor Hugo and non-literary works from René Descartes soon.

My #3 criteria would be the ability to watch actual French movies, and I admit, I’m still pretty weak here. I can certainly understand from the context what is being said, but movie dialog is quite different from actual conversations. That said, I hope to continue working on this aspect of my French, watching French cinema from home.

Now that I’m outside the country, I’m interested to see how my French level will improve or decline. I want to put some effort into maintaining it, speaking with friends in France on Skype, reading books and watching movies. But I also want to pursue new language and learning goals, so I’ll have to find a balance.

Business Growth and the Long Journey

This year I’m expecting my net income to be between $30,000 and $40,000. Although, it could be closer to $50,000 if my upcoming video course proves to be popular. It’s a modest amount, but it needs some clarification:

I’m all for people starting blogs, becoming entrepreneurs and wanting to make money online. Considering it’s afforded me so many opportunities, both for self-improvement and for income, who am I to say you shouldn’t go out there and start writing?

However, amidst all the hype and bloggers whose major claim to fame is writing about becoming a successful blogger, I think there needs to be some reasonable expectations.

It’s been almost 7 years since I committed myself to starting an online business. It’s been 4.5 years that I’ve been running this blog, during which I’ve written just under 1000 articles, 4 books and gone through several failed business models.

It’s been seven years I wouldn’t trade for anything, but they weren’t always profitable. Yes, I was also a full-time student at the time, but I still put a lot of work into my business efforts, even when they weren’t paying me anything.

I definitely think that anyone who wants to start an online business (and a blog is probably not even the best kind) can eventually make it work. Otherwise, how could a kid with no prior business experience, no network, no resources and basically zero marketable skills make it work?

But at the same time, I’m going to strangle the next person who writes me an email confident that they’ll be making six figures, just a couple months out of the gate. And after I strangle them, I’ll move onto the people selling products who told them that 3-6 months to $200,000 per year is a reasonable expectation.

I’m not saying this because I’m unhappy it took me so long. I loved running this business and blog almost every second of the way, and I would have been happy putting in another 10 years of it part-time, even if I could never make a run of it.

Simply that I feel it’s dangerous to hype blogging earnings, without pointing to the lengthy run-up period. I’d much rather convince one person that they can make it, provided they have the patience and discipline to put in the hours over years, rather than convince ten people that the internet is a great way to make a quick buck.

That said, I’m happy to share details of my business, since I remember how much I wanted that information when I was still figuring things out.

Learning on Steroids, Blogging and Building a Business

Seven years ago, when I first started a business, I set a goal to earn $20,000 per year from an online business. Not riches, certainly, but enough to have a foothold and an amount I believed would be enough to live on full-time. I had set the goal for five years.

Well, it took two years of overtime, but I’m extremely happy to say that 2010, I’ve finally reached it (actually I reached it before June).

Most of my income growth came from two separate, but important steps.

First, I set up a rapid learning skills program called Learning on Steroids. The format of a monthly program, with access to forums, coaching and regular communication turned out to be a popular one. The lesson is that having the right business model is crucial, as I’ve quadrupled my earnings, when my audience grew only about 50% in the last year.

Second, I communicated about the program almost exclusively through an email list. This worked much better than writing a blog post. This allowed me to separate uninterested readers from people willing to invest in a program, so I could inform the latter without annoying the former.

Neither of these steps were huge, they were simply tipping points. If there weren’t any readers, or I didn’t know anything about crafting a sales pitch, or I hadn’t previously written about the ideas in the course extensively, they wouldn’t have succeeded.

“The urge to quit is strongest, right before you make it.”

I remember reading that quote from Bob Parsons, founder of GoDaddy, years ago. At the time I didn’t pay it much attention. I figured the desire to give up was strongest right before you give up, not before success. The closer you get to succeeding, the more confident you should become, right?

Well I can’t speak to the universal applicability of this quote, but I can say it was true for me. At the end of 2009, after a year of declining income and a few failed projects, I was almost ready to give up.

I wasn’t prepared to give up blogging—I love writing, and I’d continue it even if I wasn’t paid a dime. But I was seriously contemplating giving up on trying to create a business through my website. Maybe I’d keep writing, but focus myself on a new business with better chances of success.

The contrast between my predictions of the future then, and just 4 months later when I had my highest earning month on the blog ever (just over $5000), was striking. Now I think Bob Parsons was probably right—keep going until that urge to quit is irresistible, then go a little bit further.

In some ways reaching successes makes life more complicated, not easier. Knowing I can adapt to living in a foreign country, learn the language and having reached a seemingly stable business model that can offer full-time, location-independent income, certainly broadens my choices.

Had I failed miserably in my travels, I would be narrowing my focus to staying Canada. Had my business still been struggling, I would be planning to get more education or get a job. Successes may make life more interesting, but they also make the choices harder.

I think as we enter an age where the traditional lifestyle is no longer a necessity, we’ll see a lot more young people entering so-called “quarterlife crises” as the ever-multiplying options of how to live explode beyond the reasonable ability of people to choose the best one.

For the moment, at least, my choices are fairly easy. I’m staying in Canada for at least the next eight months to finish up my degree. During this time I want to focus aggressively on my business, so I can be confident that the model I’ve worked out is stable and increase my savings to provide a landing cushion if something goes wrong.

After that, who knows? I might stay in Winnipeg where there are friends and family or move to another Canadian city (Montréal and Vancouver, being my current top picks). I even have a widget on my computer desktop telling me the local weather in Tokyo, just in case.

Beyond location, there are also many other questions. Should I aggressively build a modest living into a much larger business, expanding my learning skills programs to offer courses, tutoring or seminars? Should I keep the business low-key and gain experience in other areas of life through travel, classes and life experiments? Should I even mix the two, living more intensely to share my experiences with other people, as people like Steve Pavlina, Benny Lewis and Tim Ferriss have done?

All of these questions I have no answers to, and I think that’s probably a good thing. At the very least, it will give me lots of opportunity to write about the pursuit of an ideal life in a world that is affording an ever-increasing menu of choices. 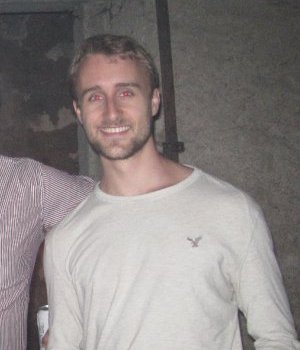