For the last few years, I’ve been having an interest in Buddhist philosophy. The unique perspective on life often feels like it balances out some of the excesses of our achievement-driven self-improvement culture.

Does that feeling change, however, if instead of being an ancient, Indian religion discovered by an ascetic named Gotama, it was instead came from Germany around 200 years ago? Or is mostly a repackaging of Western, Puritanical ideas?

What if the person the religion is said to be based around, never even existed, and the philosophy sprung up over many revisions through many different contributors, would that make it less valid? 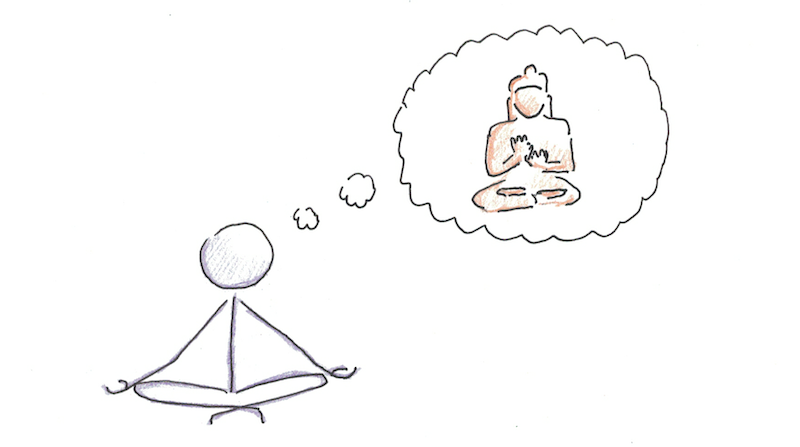 Why Do We Care About Where Things Come From?

I don’t have any strong opinions about the historicity of the Buddha, or even the relative importance of different sources in its philosophical evolution over time. Instead, I wanted to point out something I find kind of interesting.

That if you really like Buddhism (particularly the modern, Western) variety, you probably also really *don’t* like the possibility that it’s maybe a lot more modern, or Western, than you were led to believe.

Consider, as an extreme (and false) hypothetical, that rather than being an ancient philosophy, the entirety of Buddhism was discovered by a guy named Mike, only 100 years ago. Would that change how you feel about it?

I feel it almost certainly would for me. Although I find it hard to articulate why. That’s what’s interesting.

In religions which make stronger claims on authority about the world, a fake origin would undermine some of those claims. If Jesus was later found to not be a historical person, for instance, this could be a serious objection to Christian dogma.

In contrast, Buddhism (and other East Asian philosophies such as Daoism), seems unique in that most Western Buddhists already discount most of the specific factual claims in the philosophy already. Most practitioners don’t believe in literal reincarnation, hells, heavens, gods, devils or that the body is made out of earth, wind, water and fire.

So given that many Buddhists already discount much of the factual content of the religion, and instead treat it as a looser set of philosophical advice, why would those same people care so much who started the philosophy and when?

Why Origins Seem to Matter

There’s a related philosophical problem involving the Mona Lisa. Suppose the Mona Lisa were destroyed. However, someone created an identical replica of it, so well-crafted, that no investigator could ever tell it apart from the original. Now if we hung this replica in the Louvre, and nobody knew the difference, would this be any worse than if the original was never destroyed?

The Mona Lisa isn’t just valued because it’s a unique combination of paint, canvas and frame. Instead, it’s also the story that goes with it. It’s a unique painting by the most famous Renaissance master. It was stolen and then returned. It has become world famous.

Similarly, many philosophies are valued, not only because of the advice they give and the usefulness (or truth) they contain, but also the stories they tell about how they came to be. If the philosophy behind Buddhism turned out to be inauthentic, it would be like a fake Mona Lisa, still a beautiful picture, but lacking the narrative which makes it special.

Should We Try to Value Authenticity Less?

I suppose the big questions are: is this rational? Is there a rational justification to value these narratives even when they don’t change the end product? Or is it just a broken heuristic about the signals those objects send about their quality?

If the narratives do really matter, should be we be trying to debunk false ones? Or does the destruction of these stories (even when they’re fibs) destroy the value they possess? If nobody knew the Mona Lisa was a fake, should we tell people? Although I have intuitions about these, I’m not sure I can justify them.

What do you think? What stories do you buy into with your products (true or otherwise), that if those stories were fake would change your mind? Why do you think this is?